US gambling revenue dropped  15% in May. In Las Vegas, the percentage is 16.4%. As for Atlantic City, the casinos gambling revenue down 11% in June, comparing with the same month of the last year (a single casino shows an increase in revenue, Harrah’s Resort Casino). In Illinois, gambling revenue was down more than 20 percent in June compared to June 2007.

The analyst Robin Farley of UBS wrote in a report that “the decline in Strip revenues is worse than the period immediately following Sept. 11, 2001 and except for January 2002 is the worst monthly performance in more than 10 years…The weakness in gaming revenues was not confined exclusively to the Strip as the Las Vegas locals market declined 19.5% in May, bringing year to date revenues down 8.7%.”

Sands, Wynn, Boyd… everything is sliding.

“The decline appears to be accelerating,” said Nick Danna, an analyst with Stern Agee & Leach.

Jim Murren, president of MGM Mirage, says that this drop is a temporarily situation, an usual cycle.

For Atlantic City, the most important decline is for Trump Marina Casino, 23%.

For the casino games, the reports say that table games and slot machines fell down almost the same in Las Vegas, but slots declined more in Atlantic City.

I am not a specialist, but I think that there are some important factors, external to the gambling industry, that influence it. And one of the most important, if not the most important, is the economic crisis. Including the petrol price, unemployment, the real estate crisis, as well as the reduction in flights as airlines cut back their services.

A second factor is the tourist market, influenced also by the economic crisis but not only. The restrictions implemented last years by US for the external tourists is, maybe, more important for the tourist market than the crisis.

And, to not forget the smoking ban, that will decrease even more the gambling revenue.

The crisis in US gambling industry will be increased by the casino and hotel investments started by the operators, for which it will not be possible to make the payments to the banks (for ex., Tropicana Entertainment defaulting on $2.7bn debts).

In fact, when you start an isolationist policy, including for the online gambling market, you have to take into consideration the secondary effects that can become major effects, in time.

Bingo is a gambling card game named by analogy to the game bingo. Each player... 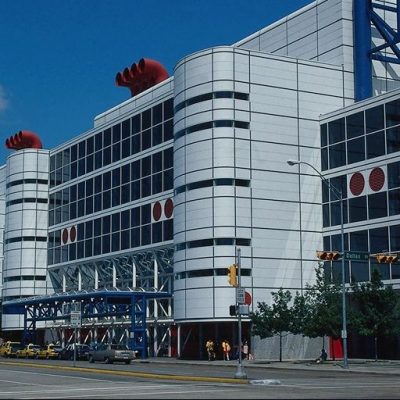 Competitive advantage is all that allows a company to outperform its competitors.