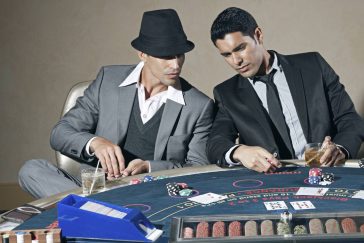 The general simple rules have as exceptions four specific cases only: Insurance. If the dealer’s first card is an Ace, the player has the possibility to insure against the Blackjack. For this, the player pays half his original bet. If … Read More

Blackjack (black jack) is a very popular card game in casinos. Blackjack was first introduced in the late eighteenth century under the name “21”. This game is basically based on two card games, “the railroad” and “the French firm”, at … Read More

The foundation of winning at Blackjack is to utilize proper basic strategy in playing the hands. “Proper” means that each decision you make on hitting, standing, doubling or splitting pairs is the correct mathematical play for that hand. There is … Read More

Difference between blackjack tournaments and regular blackjack The biggest difference is, I suppose, that one is not playing for “real” $$$ in a tournament. Those types of tournaments do exist, but my local tournament is played with special chips that … Read More

The technique of Blackjack Switch covers each the switch choice and the subsequent decisions of no matter whether to stand, double, or draw a further card that are familiar from blackjack tactic. The switch choice The appropriate selection concerning whether … Read More

Blackjack, also known as “21”, is the most commonly-played casino game in the world.The first known form of blackjack, as illustrated on gambling.com, was found in Spanish author Miguel de Cervantes’s short story “Rinconete y Cortadillo” early in the 17th Century. The game was called “ventiuna” (Spanish for twenty-one) and was played with the Spanish baraja deck, which had no eights, nines, or tens. 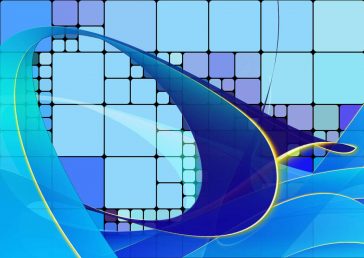 Spanish 21 is an increasingly popular variant of blackjack owned by Masque Publishing, Inc. “Unlicensed” (but equivalent) versions may be called Spanish blackjack.Spanish 21 uses the following rules: The game is played with six or eight decks dealt from a … Read More

Seven Twenty-Seven is a vying game similar in some respects to poker, and often played as a “dealer’s choice” variant at home poker games. It uses the same equipment and betting system, but the value of hands does not use … Read More

MindPlay is a technology designed to monitor blackjack players’ actions while playing in a casino.Monitoring a person’s play traditionally is done visually, by the dealer, floorperson, pitboss, and the eye in the sky (video surveillance). If one of these observers … Read More