Dogmatic falsifiability refers to scientific statements considered individually. These can be falsified and, depending on the outcome, scientific theories can be considered falsifiable and accepted, refuted, or can be maintained by adding ad-hoc hypotheses:

” There is one important method of avoiding or evading refutations: it is the method of auxiliary hypotheses or ad hoc hypotheses. If any of our conjectures goes wrong – if, for example, the planet Uranus does not move exactly as Newton’s theory demands – then we have to change the theory. But there are in the main two kinds of changes; conservative and revolutionary. And among the more conservative changes there are again two: ad hoc hypotheses and auxiliary hypotheses… I call a conjecture ‘ad hoc‘ if it is introduced (like this one) to explain a particular difficulty, but if (in contrast to this one) it cannot be tested independently.” (K. Popper 1974)

” not to pronounce too severe an edict against ad hoc hypotheses: they may become testable after all, as may also happen to a metaphysical hypothesis. But in general, our criterion of testability warns us against ad hoc hypotheses… Ad hoc hypotheses – that is, at the time untestable auxiliary hypotheses – can save almost any theory from any particular refutation. But this does not mean that we go on with an ad hoc hypothesis as long as we like. It may become testable; and a negative test may force us either to give it up or to introduce a new secondary ad hoc hypothesis, and so on, ad infinitum. This, in fact, is a thing we almost always avoid. (I say ‘almost’ because methodological rules are not hard and fast.) Moreover, the possibility of making things up with ad hoc hypotheses must not be exaggerated: there are many refutations which cannot be evaded in this way, even though some kind of immunizing tactic such as ignoring the refutation is always possible.” (K. Popper 1974)

Popper admits that in practice only one counter-example is not enough to falsify a theory; therefore, scientific theories are retained in many cases despite abnormal evidence. (Mitra 2016)

” We say that a theory is falsified only if we have accepted basic statements which contradict it. This condition is necessary, but not sufficient; for we have seen that non-reproducible single occurrences are of no significance to science. Thus a few stray basic statements contradicting a theory will hardly induce us to reject it as falsified. We shall take it as falsified only if we discover a reproducible effect which refutes the theory. In other words, we only accept the falsification if a low-level empirical hypothesis which describes such an effect is proposed and corroborated.” (Karl Raimund Popper 2002b, 66)

A scientific theory, according to Popper, can be legitimately saved from falsification by introducing an auxiliary hypothesis to generate new, falsifiable predictions. Also, if there are suspicions of bias or error, the researchers might introduce an auxiliary falsifiable hypothesis that would allow testing. But this technique cannot solve the problem in general, because any auxiliary hypothesis can be challenged in the same way, ad infinitum. To solve this regression, Popper introduces the idea of a basic statement, an empirical statement that can be used both to determine whether a given theory is falsifiable and, if necessary, to corroborate falsification assumptions. Basic statements must be both singular and existential (formal requirement) and be testable through inter-subjective observation (material requirement). (Shea 2017) He points out that basic knowledge is not knowledge for meaningful determination; they can be challenged at any time, especially if they are suspected that their non-critical acceptance may be responsible for the difficulties encountered later. To avoid regression, Popper appeals to the role played by the convention and basic statements:

” Every test of a theory, whether resulting in its collaboration or falsification, must stop at some basic statement or other which we decide to accept. If we do not come to any decision, and do not accept some basic statement or other, then the test will have led nowhere… This procedure has no natural end. Thus if the test is to lead us anywhere, nothing remains but to stop at some point or other and say that we are satisfied, for the time being. (Karl R. Popper 1959, 86)

In this case, Popper considers that the consensus of the relevant scientific community is necessary.

Popper rejects the idea of selecting a more probable theory from two equally strong theories. He believes that theories with high informative content must be preferred, they have high predictive power and are more testable. But it may seem paradoxical, Popper argues that the less probable the theory, the better form scientific point of view, being more falsifiable. (Shea 2017)

In Conjectures and Refutations, (Karl Raimund Popper 2002a) Popper integrated concepts of truth and content to construct the metalogical concept of “truthlikeness” or “verisimilitude”. (Thornton 2017) He explained this concept by referring to the logical consequences of theories, “the content of truth” and “the content of falsity”.

Popper proposes a list of “six types of case in which we should be inclined to say of a theory t 1 that it is superseded by t 2 in the sense that t 2 seems–as far as we know–to correspond better to the facts than t 1, in some sense or other.” (Karl Raimund Popper 2002a, 232)

Verisimilitude allowed Popper to attenuate what many saws as the pessimism of an anti-inductivist philosophy of science, (Thornton 2017) who argued that most, if not all, scientific theories were false. Thus, scientific progress could now be represented as progress to truth, and experimental corroboration could be an indicator of verisimilitude.

Although Popper consistently rejects the idea that science-based and well-corroborated theories with high content of informative content can be considered true or likely to be true, his concept of verisimilitude explores the idea that such theories are closer to truth than falsified theories who have replaced them:

“the idea of verisimilitude is most important in cases where we know that we have to work with theories which are at best approximations—that is to say, theories of which we know that they cannot be true.” (Karl Raimund Popper 2002a, 235)

In his response to Lakatos, Popper insisted on a clear distinction between falsification and refutation. (K. Popper 1974) The purpose of empirical testing is not only to falsify individual assumptions but also to discriminate against competing hypotheses; to falsify the implicit judgment that they are as close to the truth. He has repeatedly stressed that verisimilitude judgments are inevitably comparative. But what he did not explicitly was to connect the verisimilitude or to approximate the truth with the results (both positive and negative) of the empirical tests:

“I do not suggest that the explicit introduction of the idea of verisimilitude will lead to any changes in the theory of method. On the contrary, I think that my theory of testability or corroboration by empirical tests is the proper methodological counterpart to this new metalogical idea. The only improvement is one of clarification.” (Karl Raimund Popper 2002a, 235)

In the context of the debate on quantum mechanics, Popper argues that probabilities are objective claims to an external mind-independent world, and ”proposes the propensity theory as a variant of the relative frequency theories of probability defended by logical positivists such as Richard von Mises and Hans Reichenbach”. (Shea 2017) Popper argues that logical or subjective theories misinterpret the scientific assertions about probability, proposing that probabilities be treated as propensities in experimental settings to produce certain results, rather than being derived from the reference class of the results obtained by running these experiments. (Shea 2017) The results of the experiments are important because they allow us to test hypotheses on the values of certain probabilities; however, the results are not themselves a part of the probability itself.

Popper’s final position was to recognize the impossibility of discriminate non-science science solely based on falsifiability of scientific claims; he acknowledges that scientific theories are predictive and consequently prohibitive only when taken together with auxiliary assumptions, and that readjustment or modification is an integral part of scientific practice. (Thornton 2017) 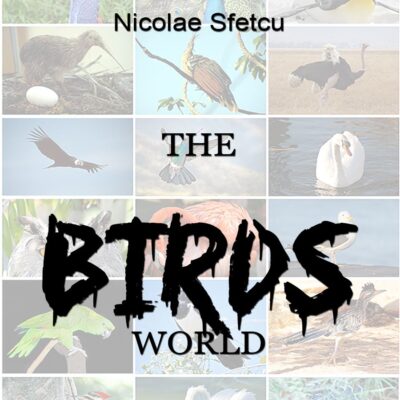 Dogmatic (naturalist) falsificationism accepts the falsifiability of all scientific theories without qualification but preserves an...

I raised this question incidentally only; it deserves to be thought about; but I do...