A presentation of Hooke’s 1674 monograph introducing the idea of universal gravity was included in the Philosophical Transactions (Royal Society 1775) and subsequently several letters containing observations, including one of Huygens. But obviously, after the publication of Principia in 1687, Hooke’s priority in proposing universal gravitation was forgotten.

After hearing about Hooke’s request to acknowledge his priority, Newton removed the numerous references to Hooke in the Principia (Nauenberg 2005) In a letter to Halley, Newton said,

“… he [Hooke] knew not how to go about it. Now is not this very fine? Mathematicians that find out, settle & and do all the business must content them- selves with being nothing but dry calculators & drudges & and another that does nothing but pretend & grasp at all things must carry away all the invention as well as those who were to follow him as of those that went before.” (Newton 1960)

According to David Gregory, who visited Newton at Cambridge in 1694, “I saw a manuscript [written] before 1669 … where all the foundations of his philosophy are laid down: namely the gravity of the Moon to the Earth, and of the planets to the Sun. And in fact all these even then are subject to calculation.” (Herivel 1965) This manuscript shows that Newton had gone further than Hooke, rediscovering mathematical relationship that Huygens had been discovered earlier, but was not published until 1673. As Nauenberg noted further, in Newton’s correspondence from 1686 with Halley, he rejected allegations that he learned about the inverse square dependence from Hooke, noting that “Mr. Hook without knowing what I have found since his letters to me, can know no more than the proportion was duplicate quam proxime [approximately] at great distances from the center, 8 only guessed it to be so accurately, & guess amiss in extending that proportion down to the very center..” (Newton 1960)

Newton used the word “guess” to indicate that Hooke did not provide any mathematical evidence for his assumption that “attraction always is in a duplicate proportion to the distance from the center reciprocally,” as Hooke had written. (Nauenberg 2005) In a letter to Halley, Newton stressed that in this sense

“Theory I am plainly before Mr Hook. For he, about a year after [1673], in his Attempt to prove the Motion of the Earth, declared expressely that the degrees by which gravity decreased he had not then experimentally verified, that is he knew not how to gather it from phenomena, 8c therefore he there recomends it to the prosecution of others.” (Newton 1960)

What the supporters of Isaac Newton say

Scientists from the seventeenth century have reasonably rejected Hooke’s claim, but historians of science have not forgotten this controversy, continuing the debate today. The judgment Lohne quotes with Vavilov’s approval states that in the seventeenth century only Newton could write the Principia; however, Hooke was the first to sketch his work, (Lohne 1960), but Hooke received more than he needed. (Westfall 1967) Due to the lack of demonstrations, historians were prone to interpret his words in light of Newton’s demonstrations. (Koyré 1851)

Hooke was attacked on topics that were part of the Royal Society’s ideology and which were defended by people like Boyle, Joseph Glanvill and Thomas Sprat.

What the supporters of Robert Hooke say

Hooke, considered as a “mechanical genius” rather than a scientist,” (Gal 2002) was often at a social disadvantage to Newton, the noble theorist, (Vickers 1987) or Huygens. Hooke’s inferior social status did not allow him to identify with “free and unconfin’d” gentlemen such as Boyle, for example. (Guicciardini 2005)

The mathematician and philosopher Newton seemed to many colleagues what Glanvill called a “dogmatist” who “betrays poverty and a narrowing of the spirit,” and being “too confident in opinion,” showing “”ill manners and immodesty.” (Guicciardini 2005) (Bechler 1974)

Due to Pugliese’s works and the interpretations offered by Michael Nauenberg, Hooke has now been re-evaluated as a good mathematician. (Pugliese 1989) (Nauenberg 2005)

Hooke can be understood, as Gal pointed out, only by placing his work on planetary theory in the broad context of his multiple interests. (Bennett 1986)

Schopenhauer noted that in Michaud’s Biographie universelle, the article “Newton” contains the representation of the universe according to the law of gravitation, literally and in extenso, according to An Attempt to Prove the Motion of the Earth from Observations of Robert Hooke. The article states that the main idea, that gravitation extends to all the celestial bodies, had already been expressed in Borelli’s Theoria motus planetarum e causis physicis deducta, 1666. Schopenhauer recognizes Hooke’s contribution to the gravitational conception, and left Newton merely checking by means of calculations. According to this view, Hooke evolved as bad as Columbus: the continent is called “America,” and gravity is called “Newton’s theory” (Schopenhauer 2013) 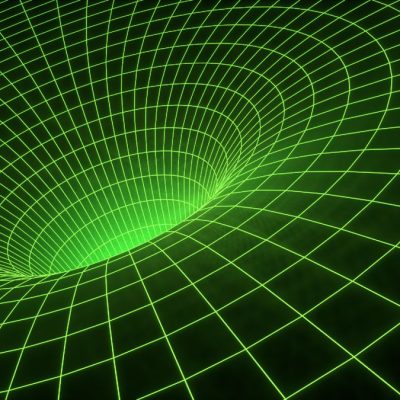 The singularities from the general relativity resulting by solving Einstein’s equations were and still are...