(Allegory and symbols of faith in Christianity.)

Faith, according to the most common meaning, is the disposition to accept as true information that is not directly known, based on the authority of others (teacher, friend, a document, etc.). In the religious sphere, authority descends and refers to a transcendent or divine content and therefore faith can be defined as adherence to a message or an announcement based on the acceptance of an invisible reality that is accepted as true despite the obscurity that wraps it. The term derives from the Latin fides which indicates both religious belief, but also loyalty, solemn commitment and fidelity and keeping the word given; in general it assumes the meaning of acceptance and adhesion to statements that are not rationally verifiable but nevertheless they are considered true on the basis of testimonies. Faith therefore consists in “believing possible” that which has not yet been experienced or is not known personally. In a third sense, that is, in Christian theology, it is one of the three theological virtues, a divine gift that places the believer to trustfully abandon himself in the hands of God, accepting his word.

Unlike knowledge, founded on the conscious certainty of its own validity, faith takes from its own, or from outside, its contents, as happens for example in the revealed religions that draw their doctrines from a given of revelation. In this way the relationship between faith and knowledge has become an object of philosophical reflection. For Augustine of Hippo, the Christian faith is never separated from knowledge: on closer inspection, in fact, all our knowledge is founded on acts of faith, on beliefs that we take for good before having personally experienced them. Only after having believed them as admissible we can exercise on them the critical and reflective activity of the intellect (credo ut intelligam); and in turn understanding helps to internalize, to do what was first accepted blindly by a simple act of faith (intelligo ut credam). The intellect never thinks of emptiness, but always is starting from a given faith: “Faith seeks, reason finds. And yet reason seeks the One who has found”. Faith thus coincides with intuition, that is, with enlightenment, bestowed by divine grace, which allows us to shed light not on Truth but on ignorance: an awareness of ignorance without which it would not be pushed to investigate the mystery. The truth would not be sought if one were not at least unconsciously certain of its existence, according to a theme of distant Socratic and Platonic ascendancy.

The Augustinian reflection on the complementarity between faith and reason, truth and doubt, thus leads to the medieval conception of philosophy as a “handmaid of faith”, understood not as the capacity to demonstrate with reason the contents of Christian revelation, but to defend them from criticism in their regard proving, if anything, the falsity and the contradiction of those who deny them, as was already evident in Clement of Alexandria. Logic is used in the negative sense of apophatic theology, as a rule of thought adopted, for example, by Anselmo in his ontological test, not as a substitute but as a complement of faith: according to the synthesis of Thomas Aquinas, “because of God we can not know what it is, but rather what it is not, we can not investigate how He is, but rather how He is not“. Just as faith reveals to reason the possibility of new fields of inquiry, in its turn natural reason is able to provide those “preambles” or premises capable of elevating to faith, for example, by recognizing “the fact that God is” ( “de Deo quia est“): without this premise, one could not believe that Jesus is his Son. The “preambles” will then be confused in the Enlightenment period with the ability to “demonstrate” the foundations of the faith with reason.

The possibility of combining rational arguments to the faith, which in the scholastic age gives rise to the dispute between dialectics and anti-dialectics, is denied to the root in modern times by Martin Luther, for which it would be presumed to be justified on the basis of entirely human criteria . Only faith allows us to justify the words of God as just and true: “Iustificatio Dei et credulitas in Deum idem est“. This notion of “faith” refuses to enclose the discourse in the sphere of logic. Such a form of faith is called fideism, when it is assumed that the more it is authentic, the more it believes in the existence of God without relying on any proof or rational argument. Such a perspective is often found in the thought of Søren Kierkegaard (and in particular his work Timore and tremor), and in other religious thinkers who are in charge of existentialism. William Sloane Coffin said that “‘faith‘ is not acceptance without proof, but trust without reserve”.

Raimon Panikkar has proposed the following distinction in this regard: “faith” means the ability to open up to the ulteriorness, to something more, beyond; it is a capacity that is neither given to us by the senses nor by the intellect (Panikkar refers to Christian philosophy, which distinguished between believing in Deum – opening to the mystery – believing Deo – trusting in what may have been affirmed by a being supreme – and believe Deum – believe in his existence). Faith (in Deum) has no object; it is the thought that has an object; if faith had an object it would be ideology, a fruit of thought, while divinity emerges beyond thought. The “belief” is instead the formulation, the doctrinal articulation, ordinarily accomplished by a community, which has progressively crystallized into propositions, sentences, affirmations and, in Christian terms, dogmas. Belief is the symbolic expression, more or less coherent, of the faith that is often formulated in conceptual terms. 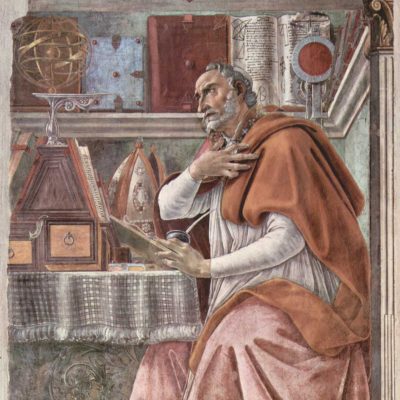 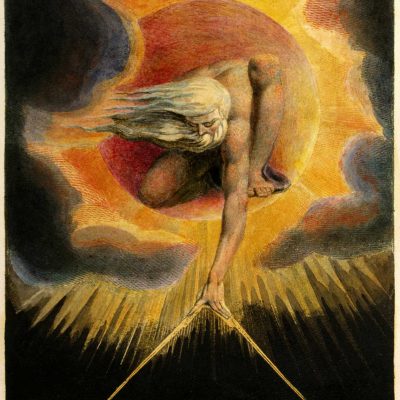