The acquired knowledge can only be qualified as scientific if the scientificity of the obtaining process has been demonstrated.

The “scientific method” (ancient Greek methodos, “pursuit, research, plan”) is “the set of reasoned processes to achieve a goal; this one can be to conduct a reasoning according to rules of logical rectitude, to solve a problem of mathematics, to conduct an experimentation to test a scientific hypothesis “. It is closely related to purpose and history of science. The scientific method also follows five distinct operations:

“Experimentation” is a scientific method that involves testing the validity of a hypothesis with repeated experiments and obtaining quantitative data to refine it. It is based on experimental protocols to standardize the approach. Physics or biology is based on an active approach of the scientist who builds and controls an experimental device reproducing certain aspects of natural phenomena studied. Most sciences employ the experimental method, whose protocol is adapted to its object and its scientificity. In general, an experiment must provide quantified (or statistical) precisions to refute or support the model. The results of the experiments are not always quantifiable, as in the human sciences. The experiment must be able to refute the theoretical models.

Experimentation has been put forward by the current of empiricism. Nevertheless, the logician and scientist Charles Sanders Peirce (1839-1914), and later but independently, the epistemologist Karl Popper (1902-1994), oppose him the abduction (or method by conjecture and refutation) as the first step of the scientific research. Abduction (or conjecture) is a process of introducing a rule as a hypothesis to consider this result as a special case falling under this rule. It consists in the invention a priori of a conjecture preceding the experiment. In sum, this means that induction directly provides the theory, whereas in the abductive process the theory is invented before the experiment and the latter only responds by the affirmation or the negation of the hypothesis. 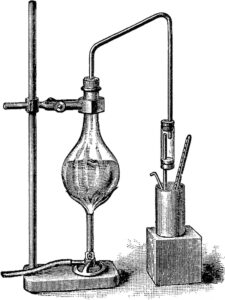 “Observation” is the action of carefully monitoring of phenomena, without any desire to modify them, by appropriate means of investigation and study. Scientists use it mainly when they follow an empirical method. This is, for example, the case in astronomy or physics. It is a question of observing the phenomenon or the object without distorting it, or even interfering with its reality. Some sciences, such as quantum physics or psychology, take into account observation as an explanatory paradigm in its own right, influencing the behavior of the observed object. The philosopher Catherine Chevalley sums up this new status of observation: “The characteristic of quantum theory is to render obsolete the classical situation of an” object “existing independently of the observation made on it”.

Science defines the notion of observation in the context of the objective approach of knowledge, observation allowed by a measure and according to a protocol fixed in advance.

A “theory” (from the Greek theoria, “worldview”) is a model or framework for understanding nature and the human. In physics, the term “theory” generally refers to mathematical support, derived from a small set of basic principles and equations, to produce experimental predictions for a given class of physical systems. An example is the “electromagnetic theory”, usually confused with classical electromagnetism, whose specific results are obtained from Maxwell’s equations. The adjective “theoretical” associated with the description of a phenomenon often indicates that a particular result has been predicted by a theory but has not yet been observed. The theory is thus very often more a model between the experimentation and the observation which remains to be confirmed.

The scientific conception of the theory thus becomes a provisional phase of the experimental method. Claude Bernard, in his Introduction to Experimental Medicine, emphasizes the key role of questions and the importance of imagination in the construction of hypotheses, a kind of developing theory. The neurobiologist Jean-Pierre Changeux explains as follows:

“The scientist constructs ‘models’ that he confronts with reality. It projects them on the world or rejects them according to their adequacy with this one without however claiming to exhaust it. The scientist’s approach is critical debate, ‘disconcerting improvisation’, hesitation, always aware of its limits.”

Indeed, if experimentation is preponderant, it is not enough, according to the maxim of Claude Bernard: “The experimental method will not give a new idea to those who do not have it“, the theory and the model allowing to experience reality a priori.

(Simulation of a collision of particles.)

“Simulation” is the “artificial reproduction of the operation of a device, a machine, a system, a phenomenon, using a model or a computer program, for the purpose of study, demonstration or explanation. It is directly related to the use of computers in the twentieth century. There are two types of simulations:

The term “scientific publication” includes several types of papers that researchers make of their work towards a public of specialists, and having undergone a form of examination of the rigor of the scientific method used for this work, as the review by an independent reading committee for example. The scientific publication is thus the validation of works by the scientific community. It is also the place for contradictory debates about controversial subjects or discussions of methods.

There are several ways of publishing:

(An example of a scientific publication: the journal Science and Invention (1928).)

Publications that fit into one of the above frameworks are generally the only ones considered for the evaluation of researchers and bibliometric studies, so much so that the adage “publish or perish” is well-founded. Scientometry is indeed a statistical method applied to scientific publications. It is used by organizations funding research as an evaluation tool.

Hans Reichenbach, who was close to logical positivism, distinguished between the context of justification and... 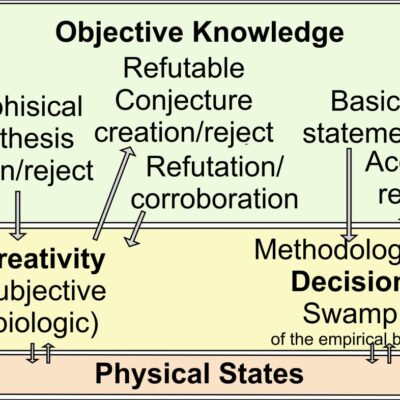 Criticisms (Scientific method in the three worlds. ) To introduce this section, it is useful...