(The circled A, symbol of the anarchism.)

Anarchism is a current of political philosophy developed since the nineteenth century on a set of anti-authoritarian theories and practices of social equality. The term libertarian, often used as a synonym, is a neologism created in 1857 by Joseph Déjacque to reinforce the egalitarian character.

Based on the negation of the principle of authority in social organization and the refusal of any constraint stemming from institutions based on this principle, anarchism aims to develop a society without domination and exploitation, where the individual-producers co-operate freely in a dynamic of self-management and federalism. Against oppression, anarchism proposes a society based on solidarity as a solution to antagonisms, the complementarity of the freedom of each and the community, equality of living conditions and self-managed common property. It is therefore a political mode that seeks not to resolve the differences opposing the constituent members of society but to combine autonomous and contradictory forces.

Anarchism is a plural movement embracing all sectors of life and society. Philosophical concept is also “a practical and material idea, a mode of being of life and relations between beings which is born as much from practice as from philosophy; or to be more precise which is always born of the practice, the philosophy being only one practice, important but among others “. In 1928, Sébastien Faure, in The Anarchist Synthesis, defined four major currents that coexisted throughout the movement’s history: libertarian individualism, which emphasized individual autonomy against all authority; libertarian socialism which proposes an egalitarian collective management of society; libertarian communism, which from the aphorism “Of each according to his means, to each according to his needs” created by Louis Blanc, wants economically to start from the need of the individuals, to then produce the necessary to answer it; anarcho-syndicalism, which proposes a method, syndicalism, as a means of struggle and organization of society. Since then, new sensibilities have emerged, such as anarcha-feminism or social ecology. 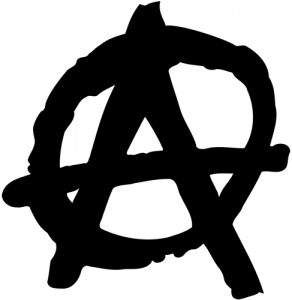 (A deformed circled A, also symbol of the libertarian order.)

In 2007, the historian Gaetano Manfredonia proposes a review of these currents on the basis of three models. The first, “insurrectional”, encompasses both organized movements and individualists who want to destroy the authoritarian system before building, whether they are Bakuninians, Stirnerian or proponents of propaganda by the fact. The second, “syndicalist”, aims to make from the union and the working class, the main architects of both the overthrow of the current society, and the creators of the future society. Its most accomplished expression is undoubtedly the National Confederation of Labor during the Spanish Social Revolution of 1936. The third is “educationalist director” in the sense that anarchists favor the preparation of any radical change through a libertarian education, a formative culture, community life trials, the practice of self-management and gender equality, etc. This model is close to the gradualism of Errico Malatesta and reconnects with the “evolutionism” of Élisée Reclus. For Vivien Garcia in Anarchism Today (2007), anarchism “can not be conceived as a complete theoretical monument. Anarchist reflection has nothing of the system. […] Anarchism is constituted as a nebula of thoughts that can refer to each other in a contingent way rather than as a closed doctrine.

According to American historian Paul Avrich: “Anarchists have exercised and continue to exert great influence. Their rigorous internationalism and antimilitarism, their experiences of workers’ self-management, their struggle for the liberation of women and for sexual emancipation, their free schools and universities, their ecological aspiration to a balance between the city and the countryside, between man and nature, all this is of glaring news.”

The term “anarchism” and its derivatives are sometimes used pejoratively, as synonymous with social disorder in the common sense or current and which approaches the anomie, sometimes as a practical goal, because the anarchism defends the idea that the absence of a power structure is not synonymous with social disorganization. Anarchists generally reject the current conception of anarchy (used by the media and political powers). For them, “order is born of freedom”, while powers generate disorder. Some anarchists will use the term “acratie” (from the Greek “kratos“, the power), so literally “absence of power”, rather than the term “anarchy” which seems to them become ambiguous. Similarly, some anarchists tend to use the term “libertarians“.

For his followers, anarchy is not just social disorder. It is rather the opposite, the absolute social order, thanks in particular to the socialization of the means of production: unlike the idea of ​​private capitalized possessions, it suggests that of individual possessions that do not guarantee any right of ownership, especially that affecting the accumulation of unused property. This social order is based on the political freedom organized around imperative mandate, self-management, libertarian federalism and direct democracy. Anarchy is therefore organized and structured: it is the order less the power.

The term anarchy is derived from the Greek ἀναρχία, anarkhia. Consisting of the privative prefix an– (in Greek αν, “without”, “deprived of”) and the radical arkhê, (in Greek αρχn, “origin”, “principle”, “power” or “command”). The etymology of the term designates, in a general way, what is devoid of guiding principle and origin. This translates to “lack of principle”, “absence of rule”, “absence of leader”, “lack of authority” or “absence of government”.

In a negative sense, anarchy evokes chaos and disorder, anomie. And in a positive sense, a system where individuals are free from all authority. This last meaning appears in 1840 under the pen of the theorist, libertarian socialist, Pierre-Joseph Proudhon (1809-1865). In What is Property?, the author declares himself “anarchist” and specifies what he means by “anarchy”: “a form of government without master or sovereign”.

For many theorists of anarchism, the libertarian spirit goes back to the origins of humanity. Like Inuit, Pygmies, Santals, Tivs, Piaroa or Merina, many societies operate, sometimes for millennia, without political authority (state or police) or according to practices claimed by anarchism as autonomy, voluntary association, self-organization, mutual aid or direct democracy.

The first expressions of a libertarian philosophy can be found in Taoism and Buddhism. In Taoism, anarchism borrows the principle of non-interference with the flow of things and nature, a collectivist ideal and a critique of the state; to Buddhism, libertarian individualism, the search for personal fulfillment and the rejection of private property. A form of libertarian individualism is also identifiable in some philosophical currents of ancient Greece, especially in epicurean, cynical and stoic writings.

Some libertarian elements of Christianity have influenced the development of anarchism, especially Christian anarchism. From the Middle Ages, some heresies and peasant revolts await the advent on earth of a new age of freedom. Religious movements such as the Hussites or Anabaptists were often inspired by libertarian principles.

Several libertarian ideas and tendencies emerge in the French and English utopias of the Renaissance and the Enlightenment. During the French Revolution, the Enraged movement opposed the Jacobin principle of state power and proposed a form of communism. In France, Germany, England or the United States, anarchist ideas are diffused by the defense of individual liberty, attacks on the state and religion, criticisms of liberalism and socialism. Some libertarian American thinkers like Henry David Thoreau, Ralph Waldo Emerson and Walt Whitman foreshadow the contemporary anarchism of counterculture, ecology, or civil disobedience.

Go back so far in the history of humanity is not without risk of anachronism or ideology. It gives an extremely vague definition of anarchism without taking into account the historical and social conditions of the time of the facts. It will be necessary to await the French Revolution to discover openly libertarian aspirations in authors like Jean-François Varlet, Jacques Roux or Sylvain Maréchal. William Godwin (1793) appears as one of the precursors of anarchism. Pierre-Joseph Proudhon is the first social theorist to claim it explicitly in 1840. 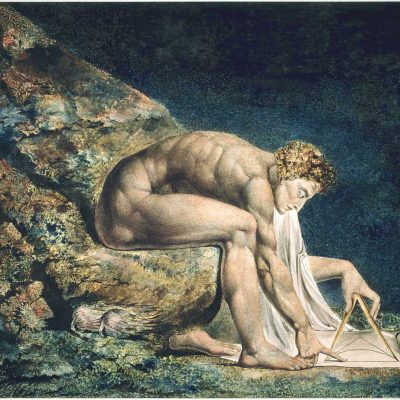 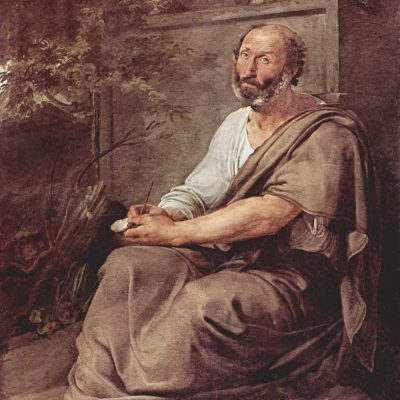