A bookmaker, bookie or turf accountant, is an organisation or a person that takes bets and may pay winnings depending upon results and, depending on the nature of the bet, the odds. Bookmaking may be legal or illegal, and may be regulated; in the United Kingdom it was at times both regulated and illegal, in that licences were required but no debts arising from gambling could be enforced through the courts. Bookmaking is generally illegal in the United States, with Nevada being a notable exception.

In some countries, such as Singapore and Canada, the only legal bookmaker is state-owned and operated. In Canada, this is part of the lottery program and is known as Sport Select.

Most bookmakers in the USA bet on college and professional sports, though in the UK they offer a wider range of bets, notably on political elections. The probability that it will snow on Christmas day is another common event for betting in the UK.

By adjusting the odds in his favour or by having a point spread, the bookmaker will aim to guarantee a profit by achieving a ‘balanced book’, either by getting an equal number of bets for each outcome, or (when he is offering odds) by getting the amounts wagered on each outcome to reflect the odds. When a large bet comes in, a bookmaker can also try to lay off the risk by buying bets from other bookmakers. The bookmaker does not generally attempt to make money from the bets themselves, but rather profiting from the event regardless of the outcome.

Traditionally, bookmakers have been located at the racecourse, but improved TV coverage and laxer laws have allowed betting in shops and casinos in most countries. In the UK, bookies still chalk up the odds on boards beside the race course and use tic-tac to signal the odds between their staff and to other bookies.

In 1961, Harold Macmillan’s Conservative Government legalized betting shops and tough measures were enacted to ensure that bookmakers remained honest. A large and respectable industry has grown since. At one time there were over 15,000 betting shops in the U.K. Now, through consolidation, they have been reduced to about 8,500. Currently there are four major bookmakers in the United Kingdom: William Hill, Ladbrokes, Coral, and state-owned ToteSport.

Increasingly, gamblers are turning to the use of betting exchanges which automatically match Back and Lay bets between different bettors, thus effectively cutting out the bookmaker’s traditional profit margin. Some bookmakers have even taken to using betting exchanges as a way of laying off unfavourable bets and thus reducing their overall exposure.

Sometimes, savvy individuals set up an illegal book in an attempt to make money – a scene often seen in films, sitcoms and so on. One of the most infamous real-life illegal bookmakers was Robert Angleton of Houston, Texas. Not only was he a bookie, but he also was a police informant about his smaller rivals. When they were shuttered, he took their business. His bookmaking scheme ended with the death of his wife, Doris Angleton.

Soft lines is a betting terminology representing betting odds that have been poorly researched by...

A betting exchange is a p2p gambling website acting as a broker between parties for...

(from the French language: pari mutuel, mutual betting) is a betting system in which all... 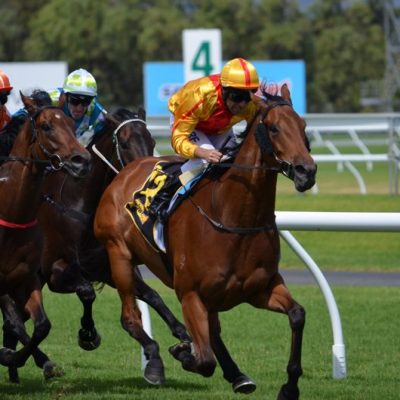 The parimutuel betting is the principle that all the issues wagered by the bettors is...

An over-under or over/under bet is a wager in which a sportsbook will predict a...

A daily double is a type of wager offered by horse and dog racing tracks....