German tradition of the Fichtelgebirge region (the decorating of fountains for Easter with lily stylized flowers and painted eggs) dates back to the Huguenot settlement (reference article in the local press Frankenpost dating Easter 2007).

However the origin of this tradition is highly controversial:

In recent years, some municipalities have discovered the tourist value of this tradition now reappearing in every corner of Germany and until Saar.

One of the city was able to be registered in the Guinness Book of Records with a fountain decorated with more than 11 000 eggs. 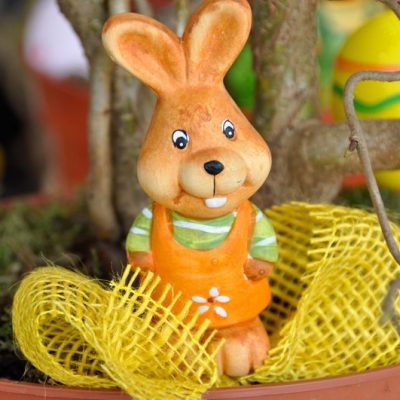 Easter Bunny is an imaginary creature who, according to tradition, distributes, on the eve of...

Easter is the fundamental and most important festival of the Eastern and Oriental Orthodox. Every...