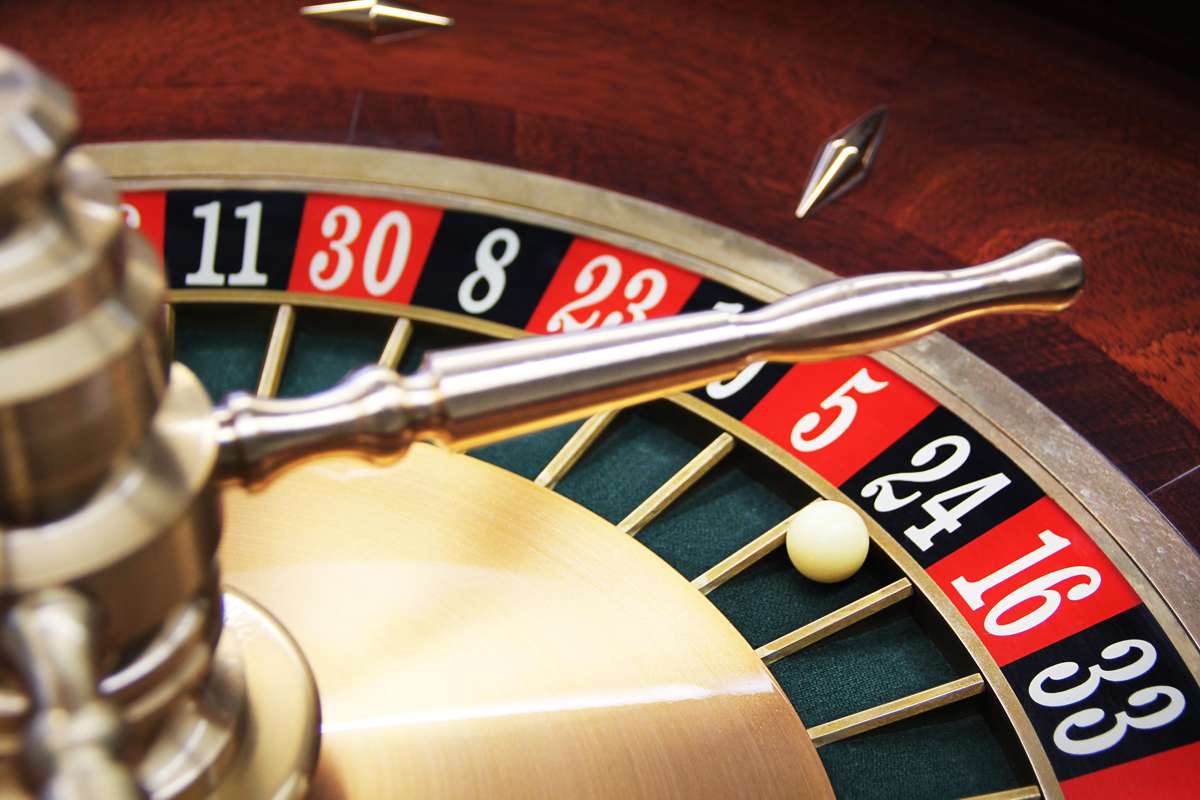 Roulette is a game of chance in which each player, sitting around a game table, bets on one or more numbers, color (red or black), or the odd or even number he hopes to be the winning number. The number results by means of a ball thrown into a rotating circular vessel and provided with notches having numbers of different colors. This game is mostly played in casinos. Roulette is a very close game to the game of ball (also called small wheel), which is played with a fixed cylindrical platform (but which was also sometimes mobile) with 9 numbers (1 to 9).

Roulette appeared in Italy in the early seventeenth century. The word is used for the first time in 1716 at the Soissons Hotel in Paris and designates a wheel with boxes. Players bet on where the ball randomly driven by the movement of the wheel will result. The red and black numbers appear at the end of the eighteenth century.

While the game featured previously thirty-eight number (with a red zero and a black double zero), in 1842, the brothers Francois and Louis Blanc improve the game by removing the double zero option to keep only the single zero. This box appears to increase the player’s advantage, which is an instant success to Blanc brothers. But at that time, the game was illegal since 1836 and could not play roulette in illegal gambling dens in Paris. The Blanc brothers then settled in Bad Homburg and attract the fortunes of Europe. The writer Dostoyevsky loses huge sums. His misfortune, however, inspires the novel The Player.

In the early nineteenth century in Monte Carlo, roulette will become truly popular. Indeed, Charles III, Prince of Monaco legalized gambling in his principality and asked the two brothers to open a casino in 1860. The game of roulette was present.

During the nineteenth century, French immigrants made known the game to the other side of the Atlantic in the United States. The game quickly became popular especially among minors from the west. The US added a new box, the double zero increases the house edge to 5.25%. This is the birth of the American roulette. Some casino owners will even launch a roulette with 31 numbers which gives them an advantage of 12.9%. These changes are the declining popularity of the game in the United States.

After a period of illegality during Prohibition in the United States (1919 to 1932), the Nevada again authorizes and introduced roulette in the casinos of Las Vegas. Since that day, roulette is popular around the world.

To date, no device can beat roulette at every turn.

On some online casinos can be found roulette wheels without zero that put the player tied with the casino. But in return, the establishment fee 10% on the earnings of players.

The wheel cylinder is of circular form, having a standard size for the casino, about 80cm in diameter.

(Cutting and identification of elements of a casino cylinder, https://commons.wikimedia.org/wiki/File:Roulette_casino_coupe.jpg)

The roulette wheel is composed of several elements:

For English and French roulette:

The cylinder systematically alternates red and black squares. It also minimizes as much as possible the vicinity of two even/odd numbers and two manque/passe.

The dealer is a casino employee who is responsible for directing the game, handles the ball and the cylinder, records the bets, adjusts the gains of the players and announces the game phases with the following sentences:

Albert Einstein is reputed to possess stated, “You can’t beat a roulette table unless you...