Jiro is fourteen years old. It’s a boy with an awakened mine, eyes as black as ebony, sparkling vivacity and intelligence. He never knew his father. This left for the other world, a few days after the birth of his son. Jiro’s mother also died, due to the inflammation of the lungs. So he is orphan. For fortune, he still has a pair of old armchairs out of use, a small table, a few school books, half a dozen cups of rice, clothes, patched several times, which he is covered now. And that’s all.

Everything else, that is to say everything that had some value, has been taken, some hours after the death of his mother, by the ruthless creditors. Because the mother was in debt, and of course had not paid them.

As parents, Jiro has already an elderly aunt. She has an eighth husband, feeds six children and does not want to increase the collection. He also has an older sister. She was married second time with an employee of the Bank, which has flown in China, taking his wife and part of the fortune. Finally, there is an uncle, wholesale rice dealer, who has no children. It is he who adopted the orphan. Jiro is therefore moved into the house of his uncle, and continues to live and have fun. Jiro was an orphan.

One day he comes a vague idea to make a small fortune, to resume its independence and to escape too vigilant tutelage of his uncle. The idea, first vague, cleared, strengthened, developed. Thousands projects one after the other, but barely scaffolded, they are drowning because they have no basis.

– Ah! if I‘d had only some pennies to begin with! said and repeated Jiro for each project that came to his mind.

Then, naturally, the question arises:

One day, a sudden thought crosses his mind and illuminates him like lightning. In the same village with him, lives a brave old man named Bacayemon. This old man is also honest, and more, he is a devout Buddhist. He believes in metempsychosis. Thereupon his opinions are unstoppable. Also, he never risked to eat the flesh of any animal, even fish. He would fear to engulf it for the possibility to eat the soul of one of his ancestors. He willingly allows to be devoured by insects, it would be a crime to crush them, for fear of crashing into them some old acquaintance. The rats loved to play in his house. Killing them would commit murder. Who knows if in the body of these small rodents do not house the soul of some ancient big man?

The brave Bacayemon has a sow that nourishes and fattens with the greatest respect and the greatest affection, convinced that under his thick envelope hides the soul of some ancient monarch.

Jiro knows all these. He knows the honest and pious heart of the brave old man and his ideas about metempsychosis. One day, he comes to find him. He took a figure of circumstances, serious and melancholic.

– Ah! it’s you, Jiro! Indeed, there is great weather. And how are you?

And now the figure of the mischievous young lights suddenly with a radiation of intense joy. The brave old man, surprised, cries:

And Bacayemon, intrigued, led Jiro into the courtyard where the huge pig wallows in the mire growling. Hardly Jiro saw her that, rushing toward her, he grabbed her, hugs, kisses, with all the marks of a passionate love. The stunned old man contemplates this scene; then, sensing a mystery, he asks the child:

– Jiro, he said, what is the reason for this strange behavior? You must have secret reasons to love this animal. Tell me this, tell me everything!

– Sir, responds Jiro, his face bathed in tears, this sow is my mother! Jiro grabbed the sow and kisses with all the marks of a passionate love.

– Here it is. Last night, while I was sound asleep, someone hit me on the forehead. Suddenly awakened, I saw my mother, my poor dear mother who died three months ago. She had a sad face and his eyes were moistened with tears:

– My son, she said to me, I’ll tell you a secret. I have sinned in my life, and in punishment for my sins, I was condemned to live thirty years in the body of a beast. For now I live in the body of the sow that has Bacayemon. If you still have  a little filial piety for me, come to see me from time to time, comfort me and distract me. Jiro went to a butcher.

She said this and disappeared immediately. That’s why I came, sir, and my only desire is that you allow me to come from time to time. Ah! if you knew how I loved my poor mother!

And the tears begin to flow, Jiro back to the sow, and again kisses him repeating:

The old Bacayemon feels stirred to the depths of the soul. After thinking a few seconds:

– Jiro, he said to the child, I admire your filial piety. I am moved by the feelings it inspires you. Well, listen: since this sow contains the soul of your mother, take her, I give it. Take her with you and treats her well!

Jiro, who expected the thing, simulates surprise, falls at the feet of the old man and, speaking broken by sobs, a radiant light of joy, he thanks him for his extreme kindness. Then turning towards the animal:

– Well, mother, he said, come with me. We will live as before side by side, and I will take care of you.

Then, taking the sow, he leaves the house, and goes directly to the butcher, sells the beast, gets a small sum, and laughing to tears:

– Well played, he said, and now that I have the capital, the fortune is mine, the future is mine! 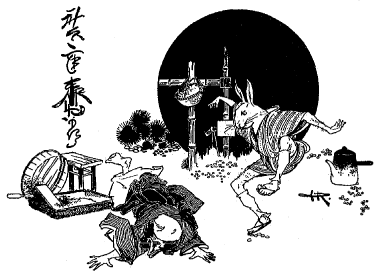 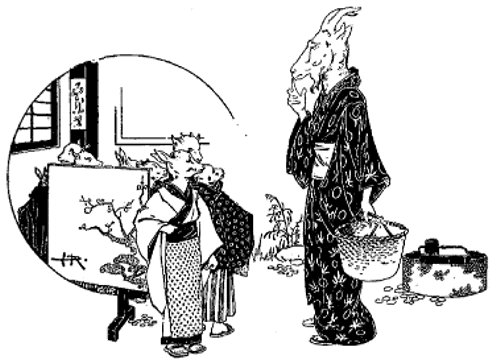 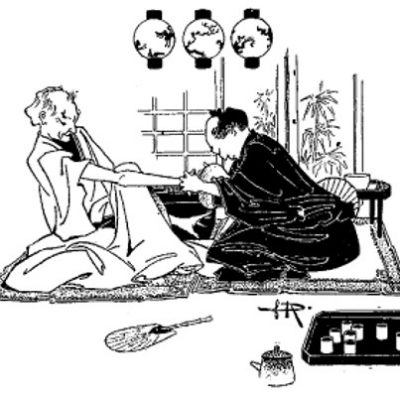 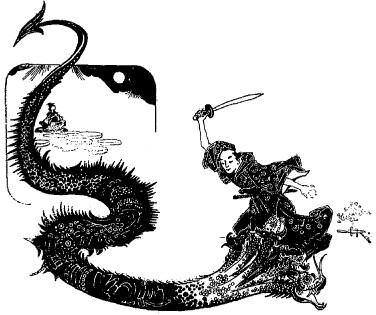 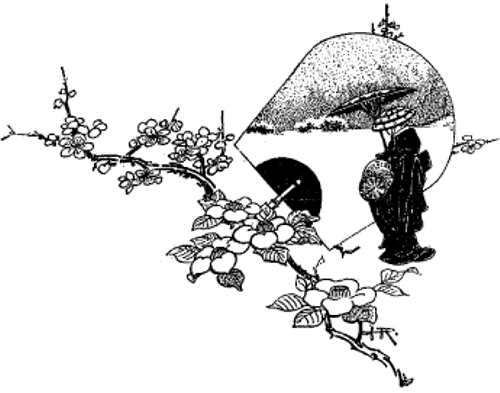 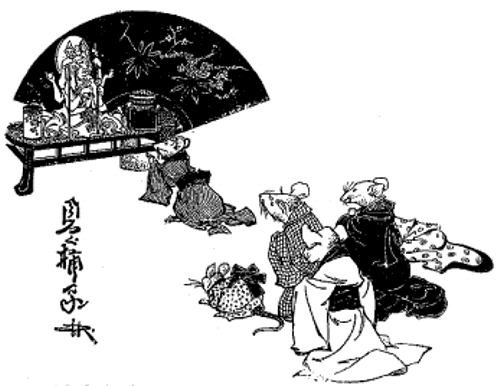 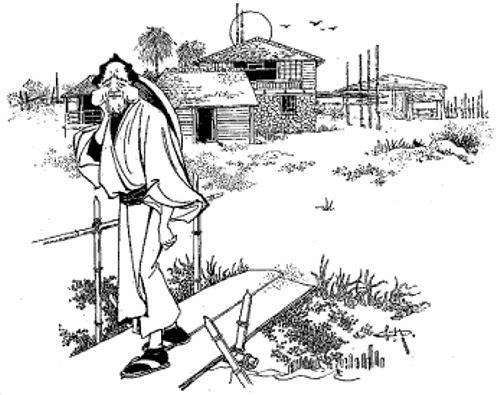