Adobe Flash, or simply Flash, refers to both the Adobe Flash Player, and to the Adobe Flash Professional multimedia authoring program. Adobe Flash Professional is used to create content for the Adobe Engagement Platform (such as web applications, games and movies, and content for mobile phones and other embedded devices). The Flash Player, developed and distributed by Adobe Systems (which acquired Macromedia in a merger that was finalized in December 2005), is a client application available in most common web browsers. It features support for vector and raster graphics, a scripting language called ActionScript and bi-directional streaming of audio and video. There are also versions of the Flash Player for mobile phones and other non-PC devices.

Strictly speaking, Adobe Flash Professional is an integrated development environment (IDE) while Flash Player is a virtual machine used to run, or parse, the Flash files. But in contemporary colloquial terms “Flash” can refer to the authoring environment, the player, or the application files.

Since its introduction in 1996, Flash technology has become a popular method for adding animation and interactivity to web pages; several software products, systems, and devices are able to create or display Flash. Flash is commonly used to create animation, advertisements, various web-page components, to integrate video into web pages, and more recently, to develop rich Internet applications.

The Flash files, traditionally called “Flash movies” or “Flash games”, have a .swf file extension and may be an object of a web page, strictly “played” in a standalone Flash Player, or incorporated into a Projector, a self-executing Flash movie with the .exe extension in Windows. Flash Video files have a .flv file extension and are utilized from within .swf files.

The development of a gambling video game is undertaken by a game developer, which could... 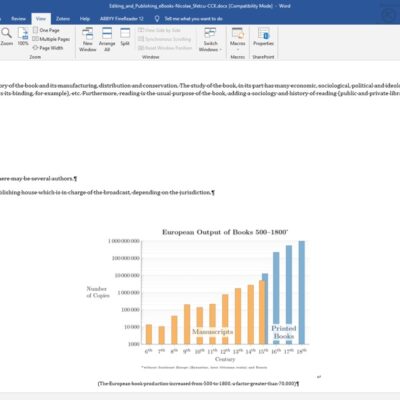 Word processing software allows you to use a computer to draft, correct and print written...