Information is power. Intelligence includes a wide variety of meanings in different contexts, from daily to technical. Stewart believes that the transformation of information into knowledge is a critical one, which is the basis for creating value and competitive advantage for modern activities. (Stewart 2001)

The process of intelligence gathering, processing and analyzing is a major concern for today’s society, with the help of areas such as information technology, information systems, and information science. For this purpose, specific processes and techniques are used for gathering or generating intelligence, processing it through analysis and synthesis, generating predictions and strategies, transmitting and presenting it to decision maker, and storing it.

Information science deals with analyzing, collecting, classifying, manipulating, storing, retrieving and disseminating information. (Sfetcu 2016) It is often (mistakenly) considered a branch of computer science. Information science addresses systemic problems from the perspective of the people involved and can be considered as a response to technological determinism. The information philosophy studies the specific conceptual aspects, including the investigation of conceptual nature and the basic principles of information, their dynamics, their use, and the elaboration and application of theoretical information and specific methodologies. (Floridi 2002) In information science, an ontology formally represents knowledge as a set of concepts, and the relationship between these concepts.

Information extraction is the science of document search, document information, and document metadata, as well as search in relational databases and the Internet. Each type of search has its own features, theories, practices and technologies. Access to information is a field of research aimed at automating the processing of large and cumbersome amounts of information and simplifying users’ access to them. The information architecture focuses on the principles of design and architecture in the digital landscape based on a model or concept of information being used in intelligence analysis activities. Information management involves collecting and managing information from one or more sources and distributing this information to one or more segments. Knowledge representation is a field of research that aims to represent knowledge in symbols to facilitate the interference between these elements of knowledge and the creation of new elements of knowledge. Exploring the representation of knowledge implies an analysis of the reasoning. Logic is used to provide formal semantics of how reasoning functions should be applied to symbols in the knowledge representation system, and to define how operators can process and reshape knowledge. (Deshmukh and Ali 2014)

Collecting, analyzing, and using information about opponents have existed since ancient times. Sun Tzu, an ancient Chinese strategist in the Art of War, (Yuen 2014) stressed the need to understand yourself and the enemy through information, identifying different roles: the secret agent, the penetration agent, and the misinformation agent. Sun Tzu highlighted the need for a methodology and noted the role of counterinformation, double agents and psychological warfare. In India, in the 4th century BC, Chanakya (also called Kautilya) wrote Arthashastra, a state management and political economy manual, providing a detailed methodology of intelligence gathering, processing, and consumption operations as an indispensable means for maintaining and expanding the security and state power. (Shoham and Liebig 2016) King David IV of Georgia, at the beginning of the twelfth century, used spies to discover feudal conspiracy and infiltration into key locations. (Aladashvili 2017) The Aztecs used traders and diplomats with diplomatic immunity for espionage. (Soustelle 2002)

Francis Walsingham was the first European to use modern espionage methods in Elizabethan England, helping with experts in various fields. (Andrew 2018) In the eighteenth century there was a dramatic expansion of espionage activities. In France under the King Louis XIV (1643-1715) and under the leadership of Cardinal Mazarin (1642-1661), a well-organized information system was set up. To cope with the wars with France, London has also set up a system designed to gather information about France and other powers. During the American Revolution, 1775-1783, US General George Washington successfully developed an espionage system to detect British locations and plans, being the “First Spy of America”. (Nagy 2016)

During the American Civil War (1861-1865), Allan Pinkerton first operated a detective agency, then serving as Head of the Union Intelligence Service in the early years. The Austrian Empire founded the Evidenzbureau in 1850 as the first permanent military intelligence service. The topographic and statistical department of T&SD was established at the British War Office as an embryonic military intelligence organization. The French Ministry of War authorized the creation, on June 8, 1871, of the Deuxième Bureau, a service tasked with conducting “research on enemy plans and operations.” In Germany, Marshal Helmuth von Moltke set up a military intelligence unit, Abteilung (Section IIIb), of the German General Staff in 1889, which expanded constantly operating in France and Russia. The Ufficio Informazioni del Commando Supremo of Italy was permanently established in 1900. After the defeat of Russia in the Russian-Japanese War of 1904-05, the Russian military service was reorganized under the Seventh Division of the imperial second executive committee.

In the United Kingdom, the Secret Service (OSS), set up in 1909 as the first independent and interdepartmental agency to control all spy government activities, was divided between an external service and counterintelligence in 1910. With the outbreak of the First World War in 1914, all major powers had very sophisticated structures for training and manipulating spies and for processing intelligence obtained through espionage. At that time, modern techniques of espionage were sought and refined to obtain military intelligence, sabotage and propaganda. Two new methods for intelligence gathering were developed during the war – aerial recognition and shooting, and interception and decryption of radio signals. (Wheeler 2012)

The perception of intelligence as power has intensified during the Second World War, when several intelligence agencies has been formalized and significantly increased. In all countries, new agencies and departments have been set up to deal with threats.

During the Second World War, Churchill’s order has been devised to train spies and saboteurs under the command of the SOE (Special Operations Executive) and ultimately involve the United States in their training facilities. OSS’s research and analysis branch has brought together many academics and experts who have proven to be particularly useful to provide a very detailed overview of the strengths and weaknesses of the German war effort.

MI5 in the UK and the US FBI identified all the German spies and “turned” them into double agents, so their reports to Berlin were rewritten by counterintelligence teams. The FBI played a leading role in American counter-intelligence and gathered together all the German spies in June 1941. (Persico 2002) Counterintelligence included the use of agents to disinform Nazi Germany about the impact points during the blitz and isolation of the Japanese in the US against the Japanese espionage program during the war.

During the Cold War, the Soviet Union was particularly successful in introducing spies into the UK and West Germany but failed in the United States. NATO, on the other hand, also had some important successes.

The focus on the intentions and capabilities of the Soviet Union has dominated thinking in Western intelligence communities. In analyzing information in the 1950s, Walter Laqueur argues that Soviet military capabilities and intentions remain the most important subject for US secret services. (Laqueur 1993)

After the Cold War, governments and intelligence agencies continued to use the conventional model to assess state threats. But security concepts have faded from a highly militarized confrontation between known adversaries and increased concern over non-state threats that were harder to identify. Non-state actors have become strategic threats, the concept of “strategic terrorism” being developed as soon as the September 2001 attacks. Bruce Berkowitz argues that there have been terrorist actions in the past, but bin Laden was the first to use widespread strategic terrorism against a Super power. (Berkowitz 2002) Globalization and people and technology mobility have favored non-state actors. (Waltz 2003) The CIA Director, James Woolsey, told the House of Representatives Committee for National Security in the United States that “we were fighting with a dragon for some 45 years and slew the dragon and then found ourselves in a jungle full of a number of poisonous snakes. And that in many ways, the snakes are a lot harder to keep track of than the dragon ever was.” (Woolsey 1998) In 2007, Jonathan Evans, the UK’s chief security officer (MI5), described the terrorist threat as “the most immediate and acute threat to peace in the history of my 98-year service.” (Evans 2007)

Government publications in developed countries, following the September 11, 2001 attack, reflected a consensus that intelligence services are key to preventing mass attacks, spending huge amounts for the intelligence agencies that are considered a major component of national security systems. The intelligence agencies are primarily responsible for identifying and preventing threats to national security, promptly and effectively informing decision-makers about these threats, and accurate and timely assessments and predictions of future conflicts or threats. 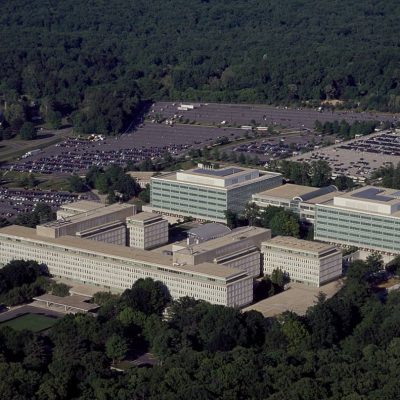