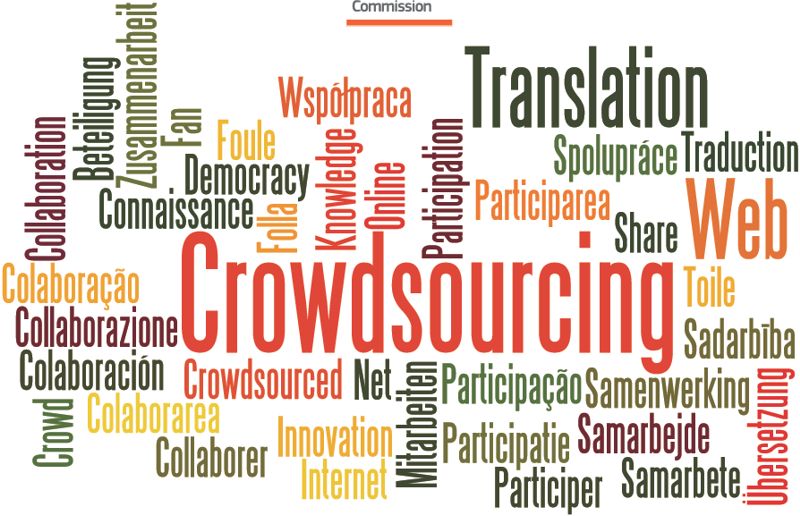 In order to better understand what we mean by ‘crowdsourcing’ and to outline its scope more precisely, the first step is to define the peculiar features of this rather elusive concept.

The term ‘crowdsourcing’ was coined by Jeff Howe as a portmanteau of ‘crowd’ and ‘outsourcing’ in 2006. He used it for the first time in his Wired magazine article ‘The Rise of Crowdsourcing’. As he recalls in the best-selling work he devoted to this topic a few years later, Crowdsourcing, (Jeff Howe. 2008. Crowdsourcing, Why the power of the crowd is driving the future of business. New York: Crown Publishing Group.) he came up with this term to define a new phenomenon which, in his view, would revolutionise a wide range of fields, and primarily the way of doing business as we know it. Howe argues that, thanks to the technological advances which have made cheap consumer electronics an everyday reality, the gap between professionals and amateurs has shrunk, allowing companies to take advantage of the talent of the public. This, in Howe’s words, ‘is not outsourcing; it’s crowd-sourcing’.

More and more often, however, crowdsourcing strategies are applied outside, or even in conflict with, the business world in areas as varied as software development, humanitarian aid or the audiovisual sector. For this reason, the definition proposed by Henk van Ess in September 2010 might be a better starting point for understanding the various facets of this phenomenon: ‘Crowdsourcing is channelling the experts’ desire to solve a problem and then freely sharing the answer with everyone’. (Henk van Ess. Crowdsourcing: how to find a crowd (Presented at ARD/ZDF Academy in Germany on 17 September 2010) http://www.slideshare.net/searchbistro/harvesting-knowledge-how-to-crowdsource-in-2010.)

And yet, if we forget about the word, and look instead at the concept behind it, crowdsourcing, which relies on the work of amateurs, is nothing revolutionary. The work of amateurs has always been essential for the advancement of science and culture. Until the 19th century, many scientific activities were left to passionate amateurs from the upper classes, notably the aristocracy, who could afford to devote their means and time to intellectual activities without seeking any economic reward. Indeed, while the pursuit of money through labour was despised by the aristocracy, who considered it as strictly confined to the lower classes, the pursuit of knowledge for its own sake was held in high esteem, and it was necessarily their prerogative.

Besides focusing on the figure of the amateur — i.e. the non-professional — these definitions of crowdsourcing emphasise the role of the community. By working as a community, amateurs make a distributed problem-solving and production model possible. The idea underlying this approach is that ‘the many are smarter than the few’ and that ‘groups are often smarter than the smartest people in them’. (James Surowiecki. 2004. The Wisdom of Crowds. London: Abacus, p. XIII.) This is the argument developed by James Surowiecki in his bestseller The Wisdom of Crowds.

To support his assumption, he starts by recalling an anecdote about the British scientist Francis Galton. In 1906, while visiting a county fair, Galton came across a contest where the public were invited to guess the weight of an ox. Attracted by the prospect of winning a prize, over 800 people tried their luck. Not one guess was right but, by examining the mean of the guesses of the individual participants, Galton made an interesting discovery: the average of all the guesses was 1 pound less than the actual weight of the ox.

The story is related by Surowiecki to support the assumption underlying his book, i.e. that a crowd can be much smarter than any one of its members, even if — or especially when — they are not working together: ‘under the right circumstances, groups are remarkably intelligent, often smarter than the smartest people in them. Groups do not need to be dominated by exceptionally intelligent people in order to be smart. Even if most of the people within a group are not especially well-informed or rational, it can still reach a collectively wise decision’ (p. XIII).

The anecdote also shows that contests to solve specific problems, open to anybody wanting to participate — which have become one of the most typical tools of present-day crowdsourcing — are not something radically new either. The literature mentions contests very similar to the present ones dating back as early as the 18th century. In 1706, the British Government launched the Longitude Prize (which is usually regarded as the first example of this kind) to devise a simple method to determine a ship’s longitude.

Though the crowd could not solve the problem and the major prize was never awarded, smaller prizes were offered to reward significant contributions and support relevant work.

By the 19th century, through the rise of the middle classes — who drew their wealth from paid labour and imposed a radical change in attitude towards living through earning — and the development of universities as the main centres for research, a class of professional researchers emerged, which guaranteed more rigorous methodologies and fostered merit and specialisation. As a result, amateurism started to decline and lost its prestige.

Crowdsourcing can be seen as reversing this trend and making amateurism fashionable once again, though in a completely changed context and with radically different features, which reflect the social and economic conditions prevailing in our society:

1. Over-education of the middle classes. The second half of the 20th century saw a dramatic increase in the number of university graduates. However, not all of them — and this is becoming ever truer as a result of the current economic crisis — manage to find employment in their field of specialisation and put what they have learnt to use. Crowdsourcing offers them an outlet for their talents and interests.

2. Technological development. The IT revolution has made it easier to tap this human capital regardless of geographical distribution. Easy and cheap access to technological tools allowing information to be transmitted quickly, no matter where the people involved are located, is a precondition for crowdsourcing to flourish. An eloquent example is ‘citizen journalism’, where the work of amateurs communicating through the Internet allows an almost instantaneous flow of information worldwide.

3. The emergence of the open software movement, whose offspring includes major products like the Linux operating system, but also the free encyclopaedia Wikipedia. The effort to develop 100 % free computer operating systems software was initiated by computer scientist Richard Stallman at the beginning of the 1980s as a reaction to the excessive power and stifling control of the big corporations, first and foremost Microsoft. To guarantee that no company would appropriate and impose copyright on his free software, he launched the GPU General Public License (GPL), which specifies that everything that is released under it is freely available and can be freely distributed and incorporated. This also applies to any software or product incorporating material released under the GPL.

4. Thanks to all these factors, well organised and enthusiastic communities have emerged, based on affinities only. These new communities are not subject to the constraints proper to traditional communities, notably physical proximity. Nowadays this is no longer necessary. A common interest and goal, on the one hand, and easily available and cheap technological tools, on the other, are enough to integrate a very

These new on-line communities share a number of features which set them apart from any other type of community and differentiate this new form of amateurism from the traditional one:

1 The communities are radically democratic. While in the past amateurism was the prerogative of the wealthy and leisured classes, nowadays it is open to everyone. Indeed, through crowdsourcing everybody has the opportunity to share their knowledge and talents, while devoting time and energy to tasks they are interested in and which would be out of their reach in a traditional environment.

2 In these communities, motivation and personal involvement are the main drivers, which is not always the case in professional contexts.

3 Since the communities are not paid, or receive only a token payment, for their efforts, they are completely free to choose their topics and tasks. Recognition and respect being their main reward, it is much more difficult, if not impossible, for the economic powers to control and impose something on them.

4 Through crowdsourcing a new way of working is emerging, widely based on collaboration, self-initiative and peer reviewing, where the exchanges among the members of the community become a further binding force. Since the objective is to tap the largest possible capital of skills and competences, tasks are broken up into small chunks which require a limited amount of time to be completed. This makes it possible to further widen the number of potential contributors and involve people who may have brilliant ideas but very little time to spare for their passions. It also increases the chances of coming up with better solutions in a much shorter time.

5 Finally, a striking difference between crowd-sourcing and traditional problem-solving approaches is that solutions are often devised by non-experts in the specific field, thus further expanding the reservoir of potential solvers. This is one of the elements which make crowdsourcing appealing to large corporations, which increasingly turn to this method even when they have highly qualified experts in-house. Through crowdsourcing they can reach a very diverse group of potential solvers, who approach problems with a fresh mind, from a different perspective and, as a result, often come up with more creative solutions.

The growing success of crowdsourcing for the solution of business problems should not overshadow other applications. In the natural sciences, for example, crowdsourcing has proved a very effective way of collecting extensive raw data, and in journalism the posts of amateur bloggers are sometimes the first source of information on events which professional journalists are prevented from attending or cannot cover as rapidly.

In this respect too, crowdsourcing is increasingly seen as a powerful political tool promoting democracy, because it can boast the freedom that traditional media do not enjoy. The recent upheavals in the Middle East have shown the impact of bloggers on the coverage of these events as they leak across borders information which the regimes in power were trying to stifle. Simple and widely available technological tools, a simple smartphone, were enough to show the whole world shocking images which an experienced news photographer with professional equipment may not have been in a position to catch and circulate.

The Internet and the social media have proved essential to help the crowd organise the revolutions, allow their supporters to communicate quickly and freely, transmit their message to the world and gain international support, showing the violence and sufferings the citizens had to endure. The decision taken by the Egyptian Government at the beginning of the turmoil in January 2011 first to block social media like Facebook and Twitter, and then to black out the Internet, thus isolating the country from the rest of the world, clearly shows the role of the Internet in the unfolding of the revolution, but also the authorities’ awareness of its impact. And precisely because the Egyptian revolution was also a digital one, the imprisonment and trial of numerous Egyptian bloggers caused such a great stir and turned them into the very symbols of the revolution. 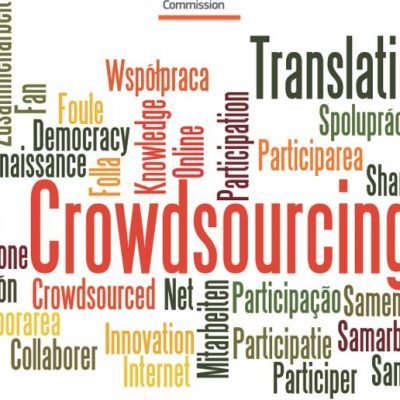 The advent of the Internet and its rash development in the past few decades have...