(Diagram of a solenoid and its magnetic field lines. The shape of all lines was computed according to the laws of electrodynamics. )

Electromagnetism is, with mechanics, one of the great branches of physics whose field of application is considerable. In addition to electricity, electromagnetism makes it possible to understand the existence of electromagnetic waves, that is to say radio waves as well as light, or even microwaves and gamma radiation. Thus, in his 1864 article, A Dynamical Theory of the Electromagnetic Field, Maxwell wrote: “The agreement of the results seems to show that light and magnetism are affections of the same substance, and that light is an electromagnetic disturbance propagated through the field according to electromagnetic laws.”

From this point of view, the whole optics can be seen as an application of electromagnetism. Electromagnetic interaction, a strong force, is also one of the four fundamental interactions; it makes it possible to understand (with quantum mechanics) the existence, cohesion and stability of chemical buildings such as atoms or molecules, from the simplest to the most complex.

The so-called classical electromagnetism corresponds to the “usual” theory of electromagnetism, developed from the work of Maxwell and Faraday. This is a classical theory because it is based on continuous fields, as opposed to quantum theory. On the other hand, it is not a non-relativistic theory: indeed, although previously proposed to the theory of restricted relativity, Maxwell’s equations, which are at the base of the classical theory, are invariant by Lorentz transformation.

The fundamental concept of the theory is the notion of electromagnetic field, an entity which includes the electric field and the magnetic field, which is reduced in some particular cases:

The electromagnetic interaction, presented in fundamental terms of theoretical physics, is called electrodynamics; if we take into account the quantum aspect, it is relativistic quantum electrodynamics.

This formalism is similar to that of quantum mechanics: the resolution of the Schrödinger equation, or its relativistic version (the Dirac equation), gives the probability of presence of the electron, and the solution of the Maxwell equation, long interpreted as a wave, is basically a probability equation for the photon, which has neither charge nor mass, and moves only at the speed of light in a vacuum.

A necessary part for the understanding of the intra-atomic and intermolecular forces is the effective force generated by the electrons, by the momentum of their motion, so that when the electrons move between interacting atoms, they exert a motion with them. As the collection of electrons becomes more confined, their minimum impulse necessarily increases because of the Pauli exclusion principle. The behavior of the material at the molecular scale, including its density, is determined by the equilibrium between the electromagnetic force and the force generated by the momentum exchange carried by the electrons themselves.

The theory links two categories of fields and fields linked together, whose expressions are related to the (Galilean) study repository, each field generally depending on time:

Special case of the static regime

In static mode, when the load and current distributions are time-independent, the electric and magnetic fields are directly related, respectively, to the charge and current densities:

This static direct link between the electric and magnetic fields, on the one hand, and the load and current distributions, on the other hand, means that the static fields are not independent dynamic variables. On the other hand, in variable mode, the coupling between the two fields is the source of a complex dynamic (delay, propagation, …), which conceptually raises the electromagnetic field to the rank of a real physical system, endowed with an energy, impulse and kinetic moment, as well as its own dynamics. 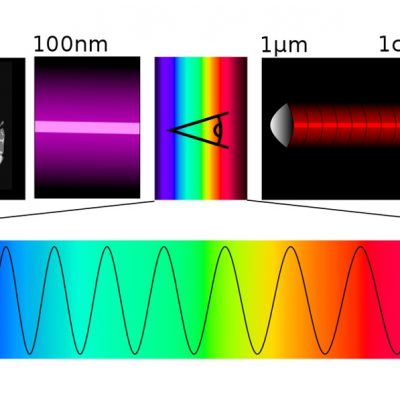 (Power line near a railway track in Poland. ) Electricity is the effect of the...

(Lightning causing a flash of light over Oradea in Romania.) Electrostatics is the branch of...