Excalibur, named for the mythical sword of King Arthur, uses the Arthurian theme in several ways. Its facade is a stylized image of a castle, with a wizardlike figure representing Merlin looking out from a high turret.

The Tropicana – Las Vegas Boulevard intersection, where the property sits, is very busy, so pedestrians are not allowed to cross at street level. Instead, Excalibur is linked by overhead pedestrian bridges to its neighboring casinos to the north (the New York-New York Hotel & Casino, across Tropicana Avenue) and to the east (the Tropicana Resort & Casino, across the Strip). There is also a free tram that connects Excalibur to its sister Mandalay Resort Group hotel-casinos to the south, the Luxor and Mandalay Bay.

The Excalibur opened on June 19, 1990. It was one of many new, modern Las Vegas hotels that featured children’s attractions, such as an arcade and a small medieval style roller coaster. Another feature of the Excalibur that is prominent in many of today’s Las Vegas hotels is a large family swimming pool.

In February 2003, the Las Vegas area received over 3 inches of rain. In turn the 18th floor of the Excalibur Hotel was evacuated. The fire alarms were triggered when rain entered the rooms. This is a design flaw of the building. To date this has not been repaired.

On April 26, 2005, the Excalibur, along with the other hotels of the Mandalay Resort Group, was purchased by rival MGM Mirage.

Excalibur now has 2,000 newly remodeled rooms that are called “Widescreen Rooms”. The all-new widescreen rooms have been upgraded floor to ceiling. They feature 42″ plasma screen televisions, pillow top mattresses, contemporary bathrooms with granite countertops, and alarm clocks with iPod© inputs. Widescreen rooms also offer the property’s best views, as well as its most convenient access to the pool and spa.

Some restaurants and other areas have Arthurian names, such as the Roundtable Buffet, Sir Galahad’s Prime Cuts, The Steakhouse of Camelot, and Regale Italian eatery, or reflect a broader “Merrie Olde England” theme, such as the Sherwood Forest Cafe. A long-running show, the “Tournament of Kings,” features simulated medieval jousting. Regale was originally called “Lance-a-lotta Pasta” and was more family/child oriented than Regale, which is more upscale.

A few years after opening, Excalibur introduced a free nighttime show in the moat near the resort’s main entrance. A dragon would emerge from under the main entryway bridge and do battle with the wizard, Merlin. After a few years of operation, this attraction was discontinued.

In June of 2007, the Dick’s Last Resort chain opened a restaurant in the Excalibur. Accompanying this addition, the iconic figure of Merlin visible from Excalibur’s exterior was replaced by the image of “Slick Dick” from the restaurant chain’s logo.

Like many other hotels on the Strip, the Excalibur features a wedding chapel. The chapel offers themed medieval weddings complete with renaissance period costumes.

The hotel has opened a spa near the pool.

In 2007, the pool area was closed for renovation. Most of the parking area to the east of the parking garage was gated off for the expansion of the pool area. The new pool construction was originally started in fall, 2006 in the hopes of being completed for the summer of 2007 but there were delays so the new pool is now slated to open for summer, 2008. Excalibur recently added on their official website that the pool is now open saying “We’ve doubled the size of our pool, adding cabanas, fire pits, sun decks and a secluded relaxation pool. And our new poolside restaurant, DRENCHED, is the perfect place to quench your thirst, and your appetite.”

This guide is licensed under the GNU Free Documentation License. It uses material from the Wikipedia

Until December 31 2009, the European Council Presidency was attributed to the executive of each... 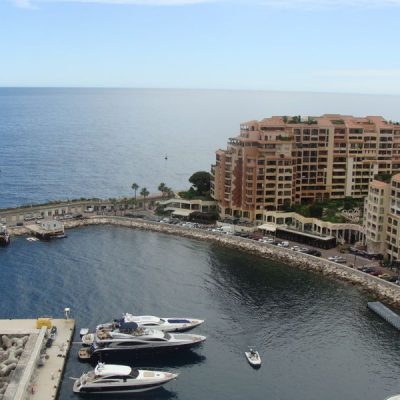 It can be resumed that the following public interest objectives are in principle admitted as...

The following is a list of notable computer system manufacturers. ABS Computer Technologies –...