A GPS unit receives time signal transmissions from multiple satellites, and calculates its position by triangulating this data. The GPS was designed by and is controlled by the United States Department of Defense and can be used by anybody for free. The cost of maintaining the system is approximately $400 million per year. The first of 24 satellites that form the current constellation of the Global Positioning System (Block II) was placed into orbit on February 14, 1989.

Vehicle tracking systems are devices that use the Global Positioning System to determine the precise location of vehicles to which they are attached and to record the position of vehicles at regular intervals.

The system consists of a “constellation” of 24 satellites in 6 orbital planes. The GPS satellites were manufactured by Rockwell; the first was launched in February, 1978, (Block I), and the final, (24th), satellite was launched in 1994. Each satellite circles the Earth twice every day at an altitude of 20,200 kilometers (12,600 miles). The satellites carry atomic clocks and constantly broadcast the precise time according to their own clock, along with administrative information including the orbital elements of their own motion, as determined by a set of ground-based observatories.

The receiver does not need a precise clock, but does need to have a clock with good short-term stability and receive signals from four satellites in order to find its own latitude, longitude, elevation, and the precise time. The receiver computes the distances to the four satellites by the differences between local time and the time the satellite signals were sent and it then decodes the satellites’ locations from their radio signals and an internal database. The receiver should now be located at the intersection of four spheres, one around each satellite, with a radius equal to the time delay between the satellite and the receiver multiplied by the speed of the radio signals. The intersection point gives the precise location of the receiver. If elevation information is not required, only signals from three satellites are needed.

In reality, the four spheres rarely intersect. There are several causes: The initial local time was a guess; due to the relatively unprecise clock of the receiver; the radio signals move more slowly as they pass through ionosphere; or the receiver may be moving. The receiver then applies an offset to the local time, and therefore to the spheres’ radii, so that the spheres finally do intersect in one point. Once the receiver is roughly localized, most receivers mathematically correct for the ionospheric delay. The delay varies with the angle to the satellite, which changes the distance that the radio signal travels through the ionosphere. Some receivers attempt to fit the spheres to a directed line segment, because most receivers move.

The receiver contains a mathematical model to account for these influences, and the satellites also broadcast some related information which helps the receiver in estimating the correct speed of propagation. High-end receiver/antenna systems make use of both L1 and L2 frequencies to aid in the determination of atmospheric delays. Because certain delay sources, such as the ionosphere, affect the speed of radio waves based on their frequencies, dual frequency receivers can actually measure the effects on the signals.

In order to measure the time delay between satellite and receiver, the satellite sends a repeating 1,023 bit long pseudo random sequence; the receiver knows the seed of the sequence, constructs an identical sequence and shifts it until the two sequences match.

Different satellites use different sequences, which lets them all broadcast on the same frequencies while still allowing receivers to distinguish between satellites. This is an application of Code Division Multiple Access, CDMA.
There are two frequencies in use: 1575.42 MHz (referred to as L1), and 1227.60 MHz (L2). The L1 signal carries a publicly usable coarse-acquisition (C/A) code as well as an encrypted P(Y) code. The L2 signal usually carries only the P(Y) code. The keys required to directly use the P(Y) code are tightly controlled by the U.S. government and are generally provided only for military use.

A minor detail is that the atomic clocks on the satellites are set to “GPS time”, which is the number of seconds since midnight, January 5, 1980. It is ahead of UTC because it doesn’t follow leap seconds. Receivers thus apply a clock correction factor, (which is periodically transmitted along with the other data), and optionally adjust for a local time zone in order to display the correct time. The clocks on the satellites are also affected by both special, and general relativity, which causes them to run at a slightly faster rate than do clocks on the Earth’s surface. This amounts to a discrepancy of around 38 microseconds per day, which is corrected by electronics on each satellite. This offset is a dramatic test of the theory of relativity in a real-world system; the offset of which is measured is exactly that predicted by theory, within the limits of accuracy of measurement.

The accuracy of GPS can be improved in a number of ways:

Fax (short for facsimile or telefacsimile) is a telecommunications technology used to transfer copies of... 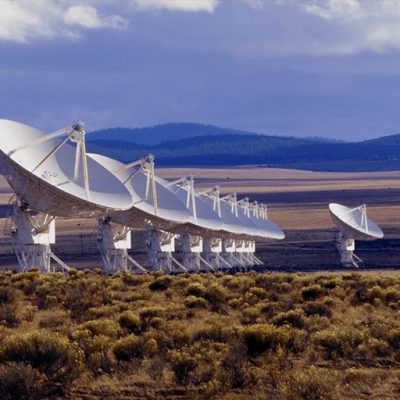 Telecommunication is the technique of transmitting a message, from one point or place to another...

The European Parliament voted to end roaming charges by Christmas 2015, as part of a...