The antinomies to which certain logicians have been led come from the fact that they could not avoid certain vicious circles. It happened to them when they considered finite collections, but it happened to them much more often when they claimed to be dealing with infinite collections. In the first case, they could easily have avoided the trap where they fell; or, more exactly, they themselves laid the trap where they had fun falling, and even they were obliged to be careful not to fall beside the trap; in a word, in this case the antinomies are only toys. Very different are those engendered by the notion of the infinite; it often happens that one falls there without doing on it a purpose, and even when one is warned, one is not still very quiet.

Attempts to overcome these difficulties are interesting in more ways than one, but they are not entirely satisfactory. Mr. Zermelo wanted to build a flawless system of axioms; but these axioms cannot be regarded as arbitrary decrees, since it would be necessary to prove that these decrees are not contradictory, and that, having completely erased, we have nothing upon which to support such a demonstration. It is therefore necessary that these axioms be obvious by themselves. But what is the mechanism by which they were constructed? we have taken axioms which are true of finite collections; we could not extend them all to infinite collections, we have made this extension only for a certain number of them, chosen more or less arbitrarily. In my opinion, moreover, as I said above, no proposition concerning infinite collections can be obvious by intuition.

M. Russell has better understood the nature of the difficulty to be conquered, but he has not entirely conquered it, because his hierarchy of types supposes the theory of ordinals already made.

As for me, I would propose to stick to the following rules:

1° Never consider objects that can be defined in a finite number of words;

2° Never lose sight of the fact that every proposition on the infinite must be the translation, the abbreviated statement of propositions on the finite;

All the research we talked about has a common character. It is proposed to teach mathematics to a pupil who does not yet know the difference between the infinite and the finite; we do not hasten to tell him what this difference consists of; we begin by showing him all that we can know about the infinite without being preoccupied with this distinction; then in a region separated from the field that has been made to cross, we discover a small corner where the finite numbers are hidden.

It seems to me psychologically wrong; it is not so that the human mind proceeds naturally, and even if we should get away without too many antinomical misadventures, it would be none the less a method contrary to all sound psychology. 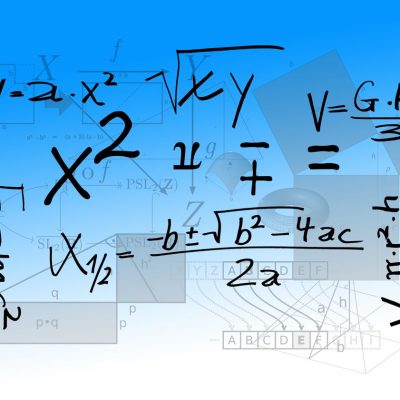