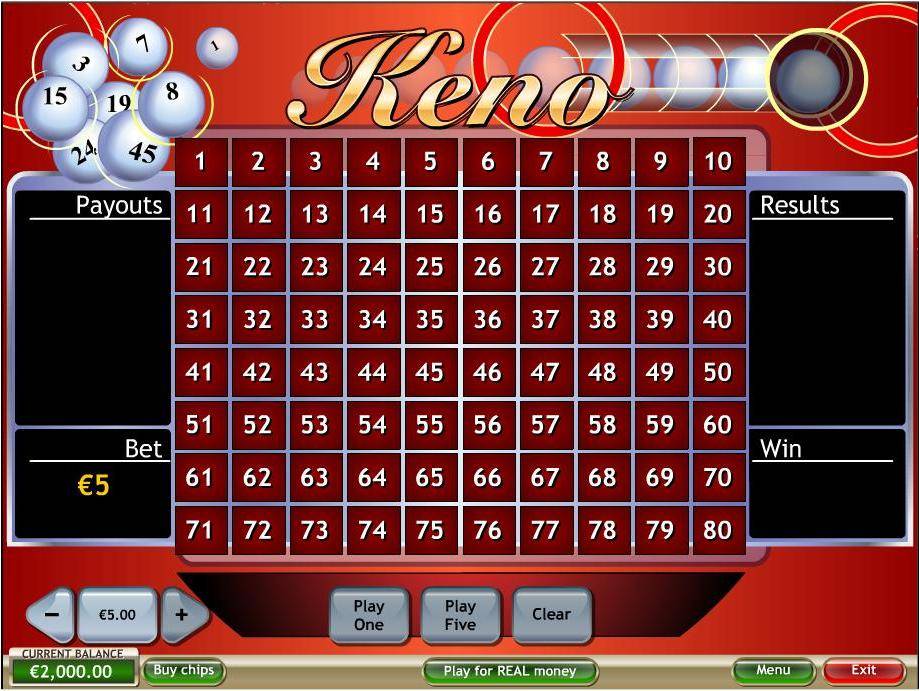 Keno is a game of chance like lottery and bingo. Being simple to understand, it is often played in casinos and bingo halls. A player chooses between numbers 1 and 20 and marks a Keno sheet, which contains 80 numbers (1 to 80). The casino then draws 20 numbers at random. The player receives an amount depending on the number of matches.

This game gives a significant advantage to the casino, up to 66% on certain paris.

It seems that Keno originated in ancient China during the Han Dynasty between 205 and 187 BC. Chinese immigrants brought the game to the United States in the nineteenth century. In order to represent the chosen and drawn numbers, it was used the first characters of Qianziwen, the Classic of Thousand Characters.

Keno, in its modern form, is like a lottery or bingo in that it is...

Blind Hookey is a card game played with a full pack of cards, sometimes used...

In New Zealand and Australia, housie is often used a fundraiser by churches, sports teams,...

In New Zealand, calling nicknames are not used as much as in the UK, but...

Bovine bingo is a traditional rural fundraising game that is often played at country fetes...

A raffle is a competition in which people buy numbered tickets. A raffle is often...