Kuhn pokeris a simplifed form of poker developed by Dr. Harold W. Kuhn, it is a zero sum two player game. The deck includes only three playing cards, for example a King, Queen, and Jack. One card is dealt to each player, then the first player must bet or pass then the second player may bet or pass. If any player chooses to bet the opposing player must bet as well (“call”) in order to stay in the round. After both players pass or bet the player with the highest card wins the pot. Kuhn demonstrated that there are many game theoretic optimal strategies for the first player this game, but only one for the second player, and that played optimally the first player should expect to lose at a rate of −1/18 per hand. 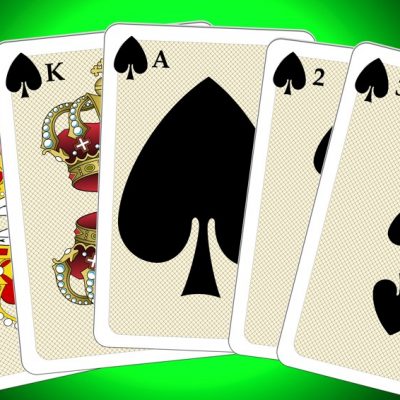 There are no known professional associations. The U.S. TV show Strip Poker is in fact...

Let It Ride is a casino variant of poker, played against the casino as an...

Strip poker is a variant of the card game of poker, in which the rules...