The Las Vegas Strip (also known as The Strip) is 4 mi (6.7 km) of Las Vegas Boulevard South partly in Las Vegas, Nevada, United States, that has been designated an All-American Road. Many of the largest hotel, casino and resort properties in the world are located on The Strip. Over the years, Las Vegas Boulevard South has been called Arrowhead Highway, Salt Lake Highway, U.S. Highway 91, and Los Angeles Highway. The Strip was reportedly named by police officer Guy McAfee, after his hometown’s Sunset Strip, in Los Angeles.

The Strip runs from the Stratosphere at the northern end, to the Mandalay Bay on the southern end. Of the 4 miles, nearly 3.5 miles of it is located in the township of Paradise, Clark County, only a small portion is within the city limits of Las Vegas. McCarran Airport is located at the southern end of The Strip, along with the famous Welcome to Fabulous Las Vegas sign.

In addition to the large hotels, casinos and resorts, The Strip is home to a few smaller casinos, motels, and other attractions, such as M&M World, Adventure Dome and the Fashion Show Mall. Starting in the mid 1990s, The Strip became a popular New Year’s Eve celebration destination.

The first hotel to be built on what is today’s Strip was the El Rancho Vegas, opening on April 3, 1941 with 63 rooms and standing for almost 20 years before being destroyed by fire in 1960. Its success spawned a second hotel on what will become The Strip, the Hotel Last Frontier, in 1942. The Flamingo opened a few years later, on December 26, 1946.

1973 added a new resort to The Strip. The (original) MGM Grand Hotel and Casino, also a Kerkorian property, opened with 2,084 rooms, ranking as the number one hotel in the world by number of rooms at that time. On November 21, 1980, the MGM Grand suffered the worst resort fire in the history of Las Vegas, killing 87 people (84 in the fire and three more due to injuries) as a result of electrical problems. It reopened eight months later.

In 1986, Kerkorian sold the MGM Grand to Bally Manufacturing and it was renamed Bally’s.

The opening of The Mirage in 1989 set a new level to the Las Vegas experience, as smaller hotels and casinos made way for the larger mega-resorts. These huge facilities offer entertainment and dining options, as well as gambling and lodging. This change impacted the smaller, well-known and now historic hotels and casinos, like The Dunes and The Sands.

In an effort to attract families, resorts offered more attractions geared toward youth, but had limited success. The (current) MGM Grand opened in 1993 with Grand Adventures amusement park, but it closed in 2000 due to lack of interest. Similarly, in 2003 Treasure Island closed its own video arcade and abandoned the previous pirate theme, adopting the new ti name.

Downtown Las Vegas hotels and casinos suffered heavily from the Strip’s boom. They have funneled money into remodeling the facades of casinos, adding additional security and new attractions, like the Fremont Street Experience and Neonopolis (complete with movie theaters).

Wet and Wild water park, located next to the Sahara hotel, closed permanently at the end of the 2004 season.

Announced in 2004 was Project City Center on the Las Vegas Strip. This 66 acre (600,000 m²), $6 billion, project on the site of the Boardwalk hotel and adjoining land is planned as a multi use project. It is the largest such project announced in the United States. It will consist of hotel, casino, condo, retail and other uses on the site. The first elements of this project are expected to be available in 2009.

On July 8, 2005, news reports (1, 2) said that film actors George Clooney, Matt Damon, and Brad Pitt will be working with actress/model Cindy Crawford’s husband Rande Gerber to design and build a new casino hotel in Las Vegas just off the Strip. Gerber is the man behind Green Valley Ranch resort and spa’s Whiskey Sky, so he is already involved in the Las Vegas entertainment market. Groundbreaking is expected to begin in January 2006. Clooney filmed Ocean’s Eleven at the Bellagio, and spends vacation time at the Green Valley Ranch resort and spa. The official announcement came on August 29, 2005. The hotel, condo, and casino property will be called Las Ramblas, and will be built on Harmon Avenue next to the Hard Rock Hotel and Casino.

Las Vegas Strip at night with the Aladdin and Paris hotels

While not on The Strip itself, the Las Vegas Monorail runs on the east side of The Strip from Tropicana Avenue to Sahara Road.

Cat Bus provides both a standard route (stops at each resort, 24 hours a day) and an express route (only stops 8-9 times total in 7 miles, 12 hours a day, 5 days a week) bus service on the Strip.

A tourist trolley service travels up and down The Strip and stops at various, but not all, Strip hotels, along with a stop at the Fashion Show Mall. The fare is $1.75 per ride, exact change required. Trolleys are scheduled to arrive every 15 minutes.

Two small light-rail services, referred to as trams, operate on the Strip. One runs between Treasure Island and The Mirage. The other provides service to Mandalay Bay, Luxor, and Excalibur.

Compared to major roadways in other cities, the Las Vegas Strip is becoming pedestrian-friendly. New casinos design their facades to attract walk-up customers and many of these entrances have become attractions themselves – the Fountains at Bellagio, the volcano at The Mirage, and the Treasure Island (TI) Pirate Show are the most well-known. People gather on the sidewalks in front of the casinos to watch these shows.

Major hotels, casinos and resorts on The Strip

Listed from north to south:

Major shopping attractions on The Strip

In recent years, all the on-Strip golf courses, except the Desert Inn Golf Course, fell prey to the mega-resorts need for land and were closed. Developer Steve Wynn, founder of previously owned Mirage Resorts, purchased the Desert Inn and golf course for his new company Wynn Resorts. In 2005, he opened Wynn Las Vegas, complete with remodeled golf course providing tee times to hotel guests only.

In 2000, a new public golf course opened just south of Mandalay Bay on the Strip. Catering to a high-end golf enthusiast, the Bali Hai Golf Club is easly seen by drivers on I-15.

Desert Inn (and golf course): Demolished, now the Wynn Las Vegas.
The Dunes (and golf course): Demolished, rebuilt as Bellagio
El Rancho Vegas: Burned down in 1960. The Hilton Grand Vacation Club timeshare now exists on the south edge of the site where the resort once stood.
El Rancho (formerly Thunderbird/Silverbird): Demolished, now Turnberry Place condominium complex.
Glass Pool Inn was called Mirage Motel until 1988 when forced to change name due to The Mirage opening down The Strip in 1989.
Hacienda: Demolished, now Mandalay Bay
Marina (hotel and casino): Westward pointing tower (known as the West Wing) of the MGM Grand
The Sands: Demolished, now The Venetian
Vegas World: demolished and rebuilt as the Stratosphere; parts of the old Vegas World still remains. 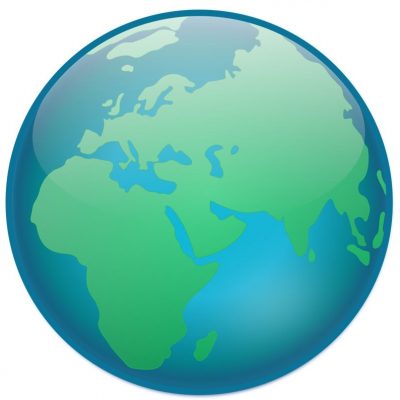