“We have long anticipated this moment,” said Terry Lanni, Chairman and CEO of MGM Mirage. “It marks the beginning of a new era, both for our company and for the Macau gaming market. We’ve been eager to demonstrate the combined capabilities of our partnership and this striking resort is testament to what we can achieve together. We are confident our efforts brought satisfaction to our many guests who celebrated with us tonight and will continue to do so for the many who visit Macau in the future. We look forward to showcasing to the world what we have created.”

Pansy Ho Chiu-king, Managing Director of MGM Grand Paradise, added, “Through our partnership, MGM Mirage and I wish to bring about a brand new experience for tourists in Macau. The pleasurable experience of our guests will encourage repeated visits and a positive word-of-mouth reputation for both MGM Grand Macau and Macau.”

The 35-story resort also includes convertible convention space, world- class spa and swimming pool facilities, and a variety of restaurants that continue in the MGM Grand tradition of culinary talents celebrating the diversity of international tastes and influences. These unique elements, combined with the high-quality service provided by its 6,000 employees will define this new resort.  Initial plans calls for a 222,000 square foot split-level casino, with 385 table games and 1,000 slot machines. The property will also include a 1500-seat theater, a 5500-square foot nightclub, 13,500 square feet of meeting and convention space including an 11,000 square foot ballroom, a 25,000-square-foot spa, and nine restaurants, including one on the roof with views of the city and the harbour.

MGM Grand Paradise Limited is a join venture owned and jointly operated by MGM Mirage (the world’s No.2 casino operator) and Ms. Pansy Ho Chiu-king. It was formed to develop, build and operate resort casinos in Macau S.A.R under a sub-concession agreement approved by the Macau government. The total cost of the project is budgeted at USD $1.27 billion.

The expansion, which also features a new rotunda entrance, brings the casino resort’s total to 390 tables and 1,190 slot machines.

Another casino will be opened in 2008 by Four Seasons Hotels, Inc., a five-star Canadian-based international luxury hotel chain. It is considered among the finest luxury hotel chains worldwide, according to Travel + Leisure magazine and Zagat Survey, and operates 55 AAA  five diamond properties in major cities and resort destinations in 18 countries. It is also the particular hotel of choice for many celebrities and members of royal families.

In 2009 will be opened Grand Hyatt operated by Global Hyatt Corporation. Hyatt is a part of the Marmon Group which is owned by Chicago’s Pritzker Family. Grand Hyatt hotels have higher standards and are generally larger than typical Regency hotels.

Virgin Group is in the latter stage of negotiation to secure land in Macau, where he is going to set up a US$3 billion casino resort complex.. Virgin Group Ltd is a conglomeration of separately run companies that each use the Virgin brand of British celebrity business tycoon Sir Richard Branson.

The Macau Special Administrative Region, commonly known as Macau or Macao (Chinese: 澳門), was established on December 20, 1999, as one of the two special administrative regions (SARs) of the People’s Republic of China (PRC), the other being Hong Kong. Macau has thriving industries such as textiles, electronics and toys, as well as a notable tourist industry, which boasts a wide range of hotels, resorts, stadiums, restaurants and casinos.

The headquarters of Macau Government

The Sino-Portuguese Joint Declaration and the Basic Law of Macau stipulate that Macau operates with a high degree of autonomy until at least 2049, fifty years after the transfer, under the policy of “one country, two systems”. The Central People’s Government is responsible for the territory’s defence and foreign affairs, while Macau maintains its own legal system, police force, monetary system, customs policy, immigration policy, and delegates to international organisations and events.

The Legislative Assembly of Macau

Since 1850, gambling has been licensed and has always been an important source of earning for the government. In the early 1960s, gambling provided 50 percent of official revenue. Starting in 1962, the gambling industry had been operated under a government-issued monopoly license by Stanley Ho’s Sociedade de Turismo e Diversões de Macau. The monopoly was ended in 2002, and several casino owners from Las Vegas attempted to enter the market. With the opening of the Sands Macau, the largest casino in the world as measured by total number of table games, in 2004 and Wynn Macau in 2006, gambling revenues from Macau’s casinos were for the first time greater than those of Las Vegas Strip (each about $6 billion), making Macau the highest-volume gambling centre in the world.

In 2007, The Venetian Macau, the second largest building in the world, opened its doors to the public. Other casinos and hotels slated to be opened through 2009 are: Four Seasons (2008), MGM Grand Macau (2007), Ponte 16 (2007), Far East Consortium Complex (2007), Grand Hyatt (2009), Galaxy Cotai Megaresort (2008), City of Dreams (2008), Oceanus (2008), Mandarin Oriental (2009). The first Phase of Macau’s Cotai Strip is scheduled to open in 2007 and will include 19,000 guest rooms throughout seven resort hotels, with the $1.8 billion Venetian Macao serving as the anchor. The head of Virgin Group Sir Richard Branson is in the latter stage of negotiation to secure land in Macau, where he is going to set up a US$3 billion casino resort complex. As a result, Macau’s economy is growing rapidly due to gambling related tourism and construction from the new casino entrants. Macau is still the only place in the People’s Republic of China where casinos are legal.

Gondola ride in the Venetian

The Cotai Strip is the name of the casino and tourism district of Cotai, Macau. The development of this area was inspired by the Las Vegas Strip in Las Vegas, Nevada, USA.

Here it is a list of casinos and hotels by Macau Concessionaire:

In the Macau legal system, gaming law is not considered as a branch of law in the traditional sense. Instead, it may be considered as a transversal gathering of a range of legal topics more or less directly related to gaming, including constitutional law, administrative law, tax law, company law, contract law and criminal law. In this manner, issues of public law as well as private law are of relevance for gaming.

In the Macau SAR, the regulation of gaming is premised on administrative law concepts which are similar to other civil law jurisdictions. From the perspective of administrative law, gaming is based on the concept of administrative concessions (and sub-concessions), supervision of concessionaires, and powers of government intervention. Gaming law in Macau is currently being reformed. Immediately after the transfer of sovereignty the Government of the Macau SAR has embarked in a major overhaul of the gaming sector, by opening the sector to various operators so as to generate competition. This has meant the granting of various concessions and subconcessions to operators other than the historical operator.

As a result, there are currently six concessions and subconcessions of casino games of fortune: Sociedade de Jogos de Macau (known as SJM; headed by Stanley Ho); [Galaxy Casino] (a subsidiary of Galaxy Entertainment Group, from Hong Kong); Wynn Resorts (of Steve Wynn); Venetian Macau (Sheldon Adelson); a partnership of MGM with Pansy Ho (daughter of Stanley Ho); and a partnership of Melco and PBL of Australia. There are also monopoly concessions for pari-mutuels (horse and dog racing), lotteries and sports betting.

Each of these operators has signed a concession contract with the Macau SAR; the text of such contracts can be seen in the website of the Macau Gaming Inspection (see links below).

Concessions allow the opening of more than one casino.

Regarding gaming promoters, from an administrative law perspective the prime issue is their licensing and regulation, which was initiated in 2002. Gaming promoters are subject to a licensing system rather than to a system of concessions. The main applicable law is Administrative Regulation no. 6/2002. Lists of gaming promoters currently authorized are available in the website of the Macau Gaming Inspection (see links below).

From the perspective of company law, gaming concessionaires must be public companies, to which special rules apply, in addition to the general rules stated in the Macau Commercial Code 1999, as amended. There are also specific company law rules related to gaming promoters.

The taxation of casino sub/concessionaires is made of a fixed part and a variable part. The variable part falls on the gross gaming revenue. The tax rate is currently of 35%, plus two contributions of up to 2% and 3% for social and economic purposes. The maximum tax is therefore 40%. In addition, a fixed premium is also payable, plus a premium per VIP table, other table, and slot machine. Gaming promoters pay taxes on commissions received.

From the perspective of contract law, gaming and betting are contracts which may or may not generate civil or natural obligations for the parties. The matter is regulated in the Civil Code 1999 (art. 1171), which states, drawing from Roman law, that gaming and betting generate natural obligations except in sports competititions and where the law provides otherwise. The problem is that gaming legislation currently does not provide to this effect.

Regarding credit for gaming, Macau law states since 2004 that the granting of credit for casino games of fortune generates civil obligations, which are fully enforceable in Macau courts. Credit for casino games of fortune is defined as any case where chips are passed on to a player without immediate cash payment of such chips; this is an intentionally broad concept. Credit for gaming is regulated by Law no. 5/2004, of June 14.

Competition law matters, and advertising law, as well as the impact of WTO law on gaming, may also be pointed out as part of gaming law. Regarding online gaming, the Macau SAR does not currently grant concessions for online casinos. The current casino concessions only cover land-based gaming, not online gaming.

(Some images and texts adapted from Wikipedia) 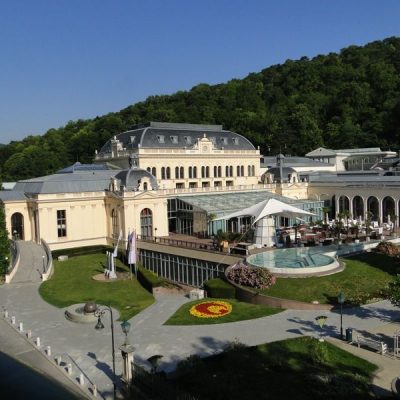 In terms of trying to appreciate what the effect of continuing evolution of remote gambling...