Balderton Capital (formerly Benchmark Capital Europe) is financing the UK-based gambling company betNOW. This way gamblers can place bets via text message, with the actual wagers charged to phone bills. Winnings can be picked up at local post offices. Balderton Capital invested also in Betfair. I know myself another big UK company with activity in the domain of mobile communication that started to invest in gambling, too.

Balderton Capital is a different kind of venture firm – one that’s based on teamwork, superior service to entrepreneurs and an intense dedication to building companies of lasting value,  the leading venture capital firm behind Bebo, Codemasters and Setanta.

Robert Urwin, co-founder and CEO of betNOW said: “betNOW is the fastest, simplest and most intuitive way to place a bet in the UK. We’re delighted to partner with Balderton Capital at this exciting early stage in our development.”

Tim Bunting, partner at Balderton Capital said, “betNOW is a thoroughly innovate service providing a whole new take on the remote sports book market. It’s great to be working with Robert and his team to help launch betNOW throughout the UK and develop a rollout of the business internationally.”

In December 2007, Hop-On Inc introduced “its newest phone for AT&T and Verizon Networks. The GSM/CDMA Dual Mode PDA 2001 model, complete with GPS capability, utilizes the latest technology in the most cost-effective manner. This new PDA phone will have the ability to become the world’s first handheld slot machine, bingo, video poker or black jack device.”“The 2001 PDA offers the latest in GPS technology for a fraction of the cost of similar phones,” says Hop-on’s President, Peter Michaels. “This particular phone has the ability to actually play interactive casino type games utilizing the touch screen features of the phone. This phone is a computer, which can handle casino type wagering.”

“The mobile market is rapidly becoming a vital channel for online gambling providers,” says Simon Collins, the CEO of Cashcade. “Players no longer have to be at home, in front of their computer. The ubiquity of mobile and the convenience of the phone in the user’s pocket or purse makes it a unique way for players to interact, no matter where they are. With consumers working longer hours and commuting long distances, the attraction of having their favourite online services at their fingertips is hard to beat.”

London-listed mobile technology company Probability plc, successfully demonstrated a gambling service running on an Apple iPhone in December 2007, leading the mobile gambling field in the technology. The company has developed a fully working version of Blackjack, boasting that it is the first online casino game to have been built and demonstrated in real money play mode on an iPhone in the UK.

So, what we see as the common features of all these news? “UK companies”, including non-gambling companies, and “mobile gambling”. Two keywords that will make the future of the online gambling in the near future.

This trend will be helped a lot by the major sport event of this year, the 2008 UEFA European Football Championship, commonly referred to as Euro 2008, that will take place in Austria and Switzerland, from 7 to 29 June 2008.

Analysts place the value of the market space at US$20 billion by 2010.

A sportsbook (sometimes abbreviated as book) or a race and sports book is a place...

Sports betting is the general activity of predicting sports results by making a wager on... 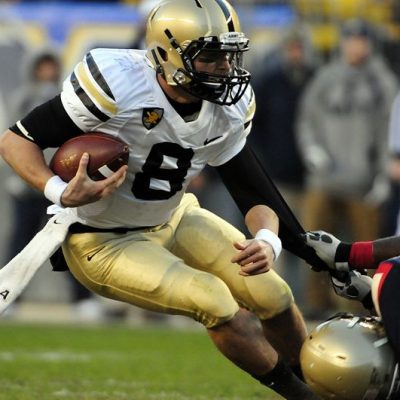 Sports betting is to bet money on a sports event. There are many types of...

Online Gambling Do’s: Before you start play set your budget limit and stick to it....

This championship starts in May and it is managed by Titan Poker, a thrilling online...

Tic-tac (also tick-tack and non-hyphenated variants) is a traditional method of sign language used by...