A new try for Sun Microsystems to come back between the leaders of the IT industry, by buying the most popular open source database, for $1 billion.

MySQL is a multithreaded, multi-user SQL database management system which has, according to MySQL AB, more than 10 million installations. The basic program runs as a server providing multi-user access to a number of databases like Facebook, Google, Nokia, Baidu and China Mobile.

“The combination of MySQL and Sun represents an enormous opportunity for users and organizations of all sizes seeking innovation, growth and choice,” said Marten Mickos, CEO, MySQL. “Sun’s culture and business model complements MySQL’s own by sharing the same ideals that we have had since our foundation — software freedom, online innovation and community and partner participation. We are tremendously excited to work with Sun and the millions of members of the MySQL open source ecosystem to continue to deliver the best database for powering the modern Web economy.”

The advantage of the open source is that, in this case, if Sun decide to make from MySQL a paid software, there will be at any time someone else to go on with the development of an open source version.

Sun is known as the developer of technologies such as the Java platform and NFS, and as a key promoter of open systems in general and UNIX in particular.

“Today’s acquisition reaffirms Sun’s position at the center of the global Web economy. Supporting our overall growth plan, acquiring MySQL amplifies our investments in the technologies demanded by those driving extreme growth and efficiency, from Internet media titans to the world’s largest traditional enterprises,” said Jonathan Schwartz, CEO and president, Sun Microsystems. “MySQL’s employees and culture, along with its near ubiquity across the Web, make it an ideal fit with Sun’s open approach to network innovation. And most importantly, this announcement boosts our investments into the communities at the heart of innovation on the Internet and of enterprises that rely on technology as a competitive weapon.”

But what about the old partnership between Sun Microsystems and Oracle? Rich Green, executive vice president of software for Sun, said Sun has spent many years in partnership with Oracle with hundreds of engineers that work with Sun to optimize the Oracle database on Sun servers. “We are going to keep investing in that and keep doing that,” he said. “It is vital to our customers. It is vital to our business, but we can also use that expertise and share that expertise to optimize MySQL technology to run on Sun systems as well as Linux and Windows systems.”

The Columbia Supercomputer, located at the NASA Ames Research Center. A computer is a machine... 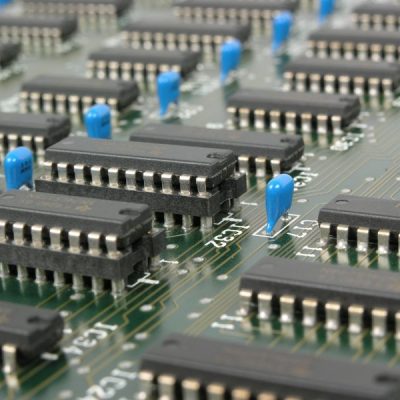 Computer science is a scientific, technical and industrial field  for the automatic processing of information...