In computing, a feed aggregator, also known as a feed reader or simply as an aggregator, is client software or a Web application which aggregates syndicated web content such as news headlines, blogs, podcasts, and vlogs in a single location for easy viewing.

Aggregators reduce the time and effort needed to regularly check websites for updates, creating a unique information space or “personal newspaper.” Once subscribed to a feed, an aggregator is able to check for new content at user-determined intervals and retrieve the update. The content is sometimes described as being “pulled” to the subscriber, as opposed to “pushed” with email or IM. Unlike recipients of some “pushed” information, the aggregator user can easily unsubscribe from a feed.

Aggregator features are frequently built into portal sites (such as My Yahoo! and iGoogle), modern Web browsers and email programs.

The aggregator provides a consolidated view of the content in a single browser display or desktop application. Such applications are also referred to as RSS readers, feed readers, feed aggregators, news readers or search aggregators. Aggregators with podcasting capabilites can automatically download media files, such as MP3 recordings. In some cases, these can be automatically loaded onto portable media players (like iPods) when they are connected to the PC.

Recently, so-called RSS-narrators have appeared, which not only aggregate text-only news feeds, but also convert them into audio recordings for offline listening.

The syndicated content an aggregator will retrieve and interpret is usually supplied in the form of RSS or other XML-formatted data, such as RDF/XML or Atom.

The variety of software applications and components that are available to collect, format, translate, and republish XML feeds is a testament to the flexibility of the format and has shown the usefulness of presentation-independent data.

Web based aggregators are applications that reside on remote servers and are typically available as Web applications such as Google Reader or Bloglines. Because the application is available via the Web, it can be accessed anywhere by a user with an Internet connection.

More advanced methods of aggregating feeds are provided via AJAX coding techniques and XML components known as Web widgets. Ranging from full-fledged applications to small fragments of code that can be integrated into larger programs, they allow users to aggregate OPML files, email services, documents, or feeds into a single interface. Many customizable homepage/portal implementations such as iGoogle, Live.com, My Yahoo!, and Pageflakes provide such functionality.

In addition to personal aggregators, planet sites are used by online communities to aggregate community blogs in a centralised location. Such sites are named after the Planet aggregator, an application designed for this purpose.

Client software aggregators are installed applications designed to collect Web feed subscriptions and group them together using a user-friendly interface. The graphical user interface of such applications often closely resembles that of popular e-mail clients, using a three-panel composition in which subscriptions are grouped in a frame on the left, and individual entries are browsed, selected, and read in a frames on the right.

Software aggregators can also take the form of news tickers which scroll feeds like ticker tape, alerters that display updates in windows as they are refreshed, or as smaller components (sometimes called plugins or extensions), which can integrate feeds into the Operating System or software applications such as a Web browser.

Media aggregators are sometimes referred to as “Podcatchers” due to the popularity of the term “podcast” used to refer to a web feed containing audio or video. Media aggregators refer to applications, client software or Web based, which maintain subscriptions to feeds that contain audio or video media enclosures. They can be used to automatically download media, playback the media within the application interface, or synchronize media content with a portable media player.

One of the problems with news aggregators is that the volume of articles can sometimes be overwhelming, especially when the user has many Web feed subscriptions. As a solution, many feed readers allow users to tag each feed with one or more keywords which can be used to sort and filter the available articles into easily navigable categories. 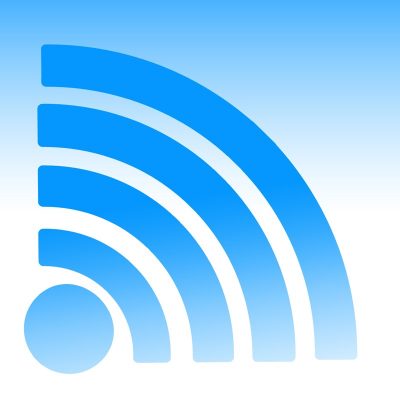 In computing, an aggregator software braid several syndication contents together. It notify the update of...

A podcast is a digital media file, or a series of such files, that is...

Podcasting is an automatic mechanism whereby multimedia computer files are transferred from a server to...