(An artists representation of “Muhammed’s Paradise”. A Persian miniature from The History of Mohammed, Bibliothèque nationale de France, Paris.)

Extraordinary and immeasurable place reserved, according to the Qur’an and the Islamic tradition, to the pre-Islamic believers and pious Muslims in the afterlife for eternity.

“While those who believe, performing beneficial works, those are the best of creatures, their reward lies in their Lord: Gardens of Eden, from under which rivers flow: they shall be eternal, forever. God will has them in His contentment, as they will have Him in theirs. That applies only to those who fear the Lord.”

There are rivers like the paradise of Genesis, but there flows not only water:

“There will be then rivers whose water is incorruptible, rivers of milk with unalterable taste, rivers of wine, delicious to those who drink, rivers of pure honey. They will also find all kinds of fruits and forgiveness from their Lord.”

There are the eternal virgins:

“Among them circulate eternally young boys,
with goblets and ewers and a glass (filled) with a source of liquor
which will cause them no head or dizziness pain;
and the fruits of their choice,
and any bird meat they desire.
And they will houris eyes, big and beautiful,
Similar to shell beads
a reward for what they did.”

You can drink wine, because it does not intoxicate:

“It serves them to drink of a pure wine, sealed,
leaving a musky aftertaste. Let those who covet compete (to acquire)
It is mixed with the beverage Tasnim,
whose source close drink. “

According to Jean Herbert, French Indianist, “hell and paradise are considered in India as temporary places of residence where we will in some cases to collect the reward for our good and our bad deeds that have not yet borne fruits.” A paradise that is eternal is a contradiction” [according to Vivekananda], and even the hell. Some texts, taken literally (eg Bhagavad-Gita, I, 44), suggests otherwise, but all the commentators and, what is more important, all the sages are adamant. This non-eternal nature is explained in particular by two logical considerations. The first is that since these stays have a start, they must, like everything that has a beginning to have an end too. The second is that the shares can man being necessarily limited, finite, and can not be endless, their consequences can not have the character of infinity they do not have themselves. The duration of the punishments and rewards of these human actions is necessarily limited and proportional.”

According to modern spiritualities

According to the esoteric

According to modern esoteric, ie Theosophy of Helena Blavatsky, Rudolf Steiner’s anthroposophy, Omraam Mikhael Aivanhov and many others, reincarnationists, after the death of the physical body, survival of some subtle bodies, then heaven and hell, and finally reincarnation. Aïvanhov written: to death, “you leave the different body you must release one after each other: first the physical body, and then, some time later, a week or two, the etheric body; then, the astral body, and there is a lot longer, because in the astral plane there are piled passions, desires, all lower feelings. And this is hell: the astral and lower mental [the mental body] where we should spend some time to purify themselves. Then you release the mental body, and that’s where Paradise begins with the first heaven, the second heaven, the third heaven … Tradition says that there are seven. It is after having completely stripped only that you enter naked in the seventh heaven; ‘naked’ that is to say, purified, unfettered. And this is the man’s return to Earth, the birth of the child. He first dressed in his subtle body (atmic, Buddhist, causal) and its mental, astral, etheric, and finally the physical body “(Man to conquer his destiny, Prosveta Editions, 1981, p. 161-162).

Afterlife (synonyms: “life after death”, “post-mortem existence,” “beyond the grave”, “life in the hereafter,” “eternal...

(The weighing of souls in the polyptych altarpiece of the Last Judgment of Rogier van... 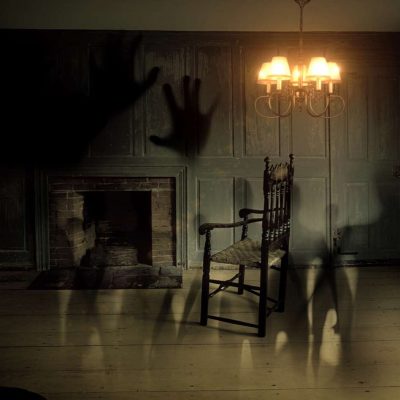