Plato’s educational model (paidèia) differentiates the level of education according to students’ skills. Thus, a basic education includes, in addition to gymnastics and other bodily exercises, and music (the exercise of the spirit), without being imposed by force, because a free man must be free in the conquest of knowledge (Plato and Jowett 1991, 536). If the student has skills, he is educated in mathematics to become a strategist, and in astronomy to raise the soul. From these, the best are selected to become good leaders, studying philosophy and dialectics. Women will have the same rights and duties as men (Plato and Jowett 1991, bk. V, 455d). Such an education makes it possible to build a harmonious community capable of preventing degenerative forms of timocracy, plutocracy, and democracy, all of which inevitably lead to the worst of governments: tyranny. Plato believes that it is good to form the mind or soul, to educate and train it in easy, progressive stages, so as to pay attention to forms, not material things. Thus, it will move smoothly from simple principles to more complex and powerful principles (Rowan 2014).

According to Zuckert, for Plato, in every dialogue the search for wisdom has a formative or educational effect, expressed in the first principle of philosophical hermeneutics and in the interpretation of all texts (Zuckert 1996).

Franck Fischer considers that in the Republic the purpose of dialogue is to form a state and a society by establishing the legitimacy of the right of philosophers to govern (Plato and Jowett 1991, bk. V, 474b-c), based on two distinct imperatives: one personal and one moral, and second public and political. Plato, through Socrates, in the context of the myth of the cave, considers that gymnastics and music are arts taught in the cave, while geometry and arithmetic are sciences “from outside” (Plato and Jowett 1991, bk. VII, 533c-d), the work of a prisoner already out of the cave and corresponding to the third segment of the Line (Plato and Jowett 1991, bk. VII, 526e2-3). Geometry facilitates the observation of the idea of Good, and the arithmetic calculation also presupposes a prior intuition of the idea, through mathematical reasoning (Fischer 2006). Fischer finds that the epistemological equivalence between the mathematical sciences in Book VI (arithmetic knowledge allows access to the Idea) is at odds with their pedagogical hierarchy in Book VII (geometry allows access to the Idea) (Marrou 1981, 120). Plato’s hierarchy for education in Book VII involves music, then arithmetic and logic, then geometry, followed by the science of solids, astronomy, the science of harmony, and finally dialectics (Plato and Jowett 1991, 521c–33).

In art, Socrates recommends the mimetic, imitative, and imitation of good character to educate guardians (Plato and Jowett 1991, bk. III 397d-398b), being against a multiple poem, composed of several voices and several levels of narration (Castelnérac 2011).

According to James Magrini, Plato’s dialogues take place through a process of hermeneutic interpretation, thus being constructive and participatory, in which Socrates and the other participants in the dialogue are co-educators, so “there is a trans-formative aspect that might be understood in terms of Bildung”, “an authentic notion of paideia, or education”. The use of the myth of the cave to exemplify the progressive philosophical education allows, through the dialectical method, to reach the knowledge of the form (eidos) of the Good (Magrini 2012).

Magrini highlights the educational aspects of dialectics as a dialogue in philosophical hermeneutics in a quote:

“Bildung is both a formative and transformative (dialogical) process implicit within the dynamics of hermeneutic encounter. Insofar as the parties involved in a hermeneutic encounter emerge from it thinking differently… Bildung is transformative … Bildung is, in part, the process of coming to understand what we have understood differently. Bildung is formative in that it brings something into being from within the encounter. It forms a hermeneutic civility between those who are obliged to each other for becoming different to themselves, and who know that they are dependant upon the other for opening potentialities for understanding that are not presently theirs” (Plato and Jowett 1991, bk. VII, 527b7-8)

According to Socratic principles, to do justice one must know what is right (Granata 2001, 68), and this is best known to the philosopher (Movia 1991, 233) (Rutherford 1998, 7–8) (Arrington 1991, 434–35). Plato detailed this concept, highlighting the distinction between the philosopher (who seeks the principles of truth without claiming to possess it) and the sophist (who lets himself be guided by opinion as the only valid parameter of knowledge) (Movia 1991, 233). Plato considers philosophers to be ideal leaders for two main reasons: because they know what is right, and because they do not want to lead (Plato and Jowett 1991, 520e–521b). In reality, cities are run by people who do not know what is right and are fighting with others to lead.

Socrates’ death sentence led Plato to find that there was an incompatibility between philosophy and political life. The task of philosophers would thus be to ensure that philosophy is not in conflict with the state, so that a righteous man is no longer condemned to death. For many Athenians, philosophy was useless, as in Aristophanes’ comedy The Clouds, in which the philosopher is portrayed as a boring and pedantic person lost in his abstract discussions. Plato proves that philosophy has its roots in history, in everyday reality, aiming at real and universal problems, there is a close connection between philosopher and politics (Mondin 2022, 144).

“Until philosophers are kings, or the kings and princes of this world have the spirit and power of philosophy, and political greatness and wisdom meet in one, and those commoner natures who pursue either to the exclusion of the other are compelled to stand aside, cities will never have rest from their evils—no, nor the human race, as I believe—and then only will this our State have a possibility of life and behold the light of day.” Such was the thought, my dear Glaucon.” (Plato and Jowett 1991, bk. V, 473 c-e.)

“Philosopher-kings” are those who love the sight of truth (Plato and Jowett 1991, 475c), the argument being supported by the analogy of a captain and his ship or a doctor and his medicine. Franck Fischer believes that the philosopher can be corrupted, his naturalness can be damaged and only a small number escape (Fischer 2006). Those who possess this naturalness will become great politicians, benefactors or criminals, depending on the degree of degradation. Those who are not corrupt, like Socrates, are touched by a “divine favor” (Plato and Jowett 1991, bk. VI, 492a ; 496c). According to Plato, the philosophers have the ability to touch with their eyes what always exists and is identical with itself (Plato and Jowett 1991, bk. V, 479a2-3). Thus, the training described in Book VII is not so much about training a philosopher as it is about a tutor philosopher becoming a good politician.

The philosopher is a person with a boundless curiosity for a new experience, and this is his natural character, but he does not look specifically for novelty, but for the truth. He always seeks unity in variety. His search for knowledge differs from other such searches in that he always tries to arrive at the principles or “forms” that underlie “manifold and changing world of experience, as it presents itself to us, is the partial appearance. We have next to ask, What is the bearing of this conclusion on the fitness of the philosophic nature to govern? and this again brings us back to the question, What is involved in being a good ruler or guardian? … He proceeds to deduce from the simple conception of love of truth all the virtues which seem to him to be part of perfect human nature.” (Nettleship 1958)

Socrates points out “the uselessness of the few genuine philosophers, the corruption of most of those who are gifted with the philosophic nature, and the usurpation of the name of philosopher by charlatans,” arguing with the allegory of the ship, in which the only man who could steer the ship is the true philosopher, but he is despised by others. The so-called opinion leaders only formulate opinions, without knowing what they are talking about; they can never be philosophers. On the other hand, there is a category of small and crooked people who end up practicing philosophy out of interest, without having anything natural in common with it, coming to develop poorly born theories and ideas that circulate in the world under the name of philosophical principles. Thus, distorted philosophy becomes ” an artificial jargon of words and ideas fitted together like a puzzle, so as to look consistent, whereas true philosophy is a natural harmony of word and deed, theory and practice.” (Nettleship 1958)

This essay is under Creative Commons Attribution-NoDerivatives 4.0 International license. To see a copy of this license, please visit http://creativecommons.org/licenses/by-nd/4.0/. 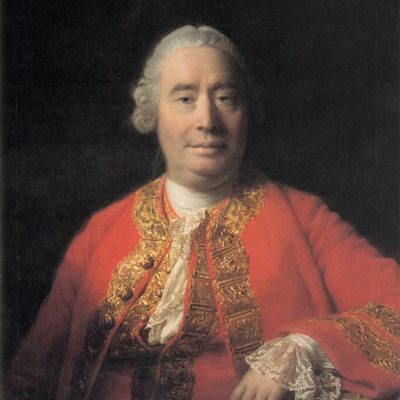 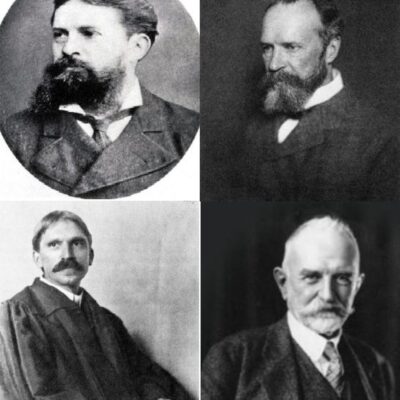 The “logical” dimension of positivism The main novelty of the Vienna Circle consists in its...