The state of a physical system describes all aspects of this system in order to predict the results of the experiments that can be performed. The fact that quantum mechanics is non-deterministic leads to a fundamental difference compared to the description made in classical mechanics: whereas in classical physics, the state of the system absolutely determines the measurement results of physical quantities, such a thing is impossible in quantum physics and knowledge of the state only makes it possible to predict, however perfectly reproducible, the respective probabilities of the different results that can be obtained as a result of the reduction of the wave packet during the measurement of a quantum system. For this reason, it is customary to say that a quantum system can be in several states at the same time. In fact, it must be understood that the system is in a single quantum state, but that the measurements can give several different results, each result being associated with its probability of appearing during the measurement.

The state must therefore be seen as representing all the information available on the system: a description of the history of the system making it possible to calculate the probabilities of measurement. In the philosophical debate concerning the interpretation of quantum mechanics, some approaches such as the Copenhagen interpretation consider that the quantum state is not an element of reality in the sense that Einstein gave to this term, but simply a calculating intermediate useful for predicting measurements; other approaches use the notion of quantum decoherence to describe the process implemented during a quantum measurement.

One of the consequences of the random nature of quantum measurements is that the state cannot be equated with a set of physical properties that evolve over time. In quantum mechanics, state and physical quantities are two separate concepts and are represented by two different mathematical objects. Dirac has shown that it is equivalent to bring the evolution of time on the quantum state or on the physical quantities, called observables in quantum mechanics.

The notion of state in classical mechanics

The determinism of the evolution of states in classical mechanics is described particularly clearly by Laplace:

“We must consider the present state of the universe as the effect of its previous state, and as the cause of the one who will follow. An intelligence which, for a given instant, knows all the forces of which nature is animated and the respective situation of the beings which compose it, if, moreover, it were large enough to submit these data to analysis, would embrace in the same formula the movements of the greatest bodies of the universe and those of the slightest atom: nothing would be uncertain for her, and the future, like the past, would be present in her eyes.”
– Pierre-Simon de Laplace, Philosophical Essay on Probabilities (1814)

In statistical mechanics, the state is described differently: as a probability distribution on the state space. However, it is understood that this description is only an approximation related to our inability to measure perfectly the state of a system containing a large number of degrees of freedom.

The notion of state in quantum mechanics – State and measure

(Histogram: statistic of the results of N = 5000 measurements of the position of a set of N particles, all prepared in the same state. Curve: density of probability of presence on the same scale. )

(Measuring the position of a set of particles in a state overlay. )

In quantum mechanics, it is not possible to assume that physical quantities such as position or velocity have a definite value that can be measured without disturbing the system. Instead, observations made on a system will change its state, so that the results of subsequent measurements will depend on all the measurements made previously. The state of the system must therefore be defined independently of the observable physical quantities and rather be seen as a description of what has been done on the system as well as the results obtained during the measurements. Pauli described as “the idealization of the detached observer” the view that the state boils down to a list of physical magnitudes pre-existing to the measure. Mathematically, this distinction translates into the use of two different objects to represent the state and observables of the system.

Moreover, we have to deal with the irreducibly random nature of measurement results in quantum mechanics. Consider, for example, the quantum equivalent of a material point, that is, a particle without spin. The observable physical quantities, or more simply the observables, are indeed the same in both cases: position, impulse, kinetic energy, potential energy, total energy, etc. Suppose we are able to prepare our particle in a definite state. An experiment can be designed to measure the position, for example by illuminating the particle, which will result in: ‘the particle is in r1‘. One could then conclude that the position of a particle prepared in state i is r1. However, if we repeat the experiment by placing the particle again in the state i, we obtain another position r2 ≠ r1. “Except special case”, it would be the same with any other observable quantity.

Over the course of time, physicists have become convinced that this experimental fact is not due to experimental uncertainty during the measurement, or to a random preparation from one time to the next (in a state i’≠ i), but rather that the state does not determine the measurement results with certainty. This is particularly illustrated in experiments demonstrating quantum complementarity, where despite measures to prepare a precise state, the results of subsequent measurements remain random.

By statistically treating the values ​​r1, r2, … obtained during repeated measurements of the position, as in the first figure above, it appears however that some are obtained more frequently than others. Thus, if the value obtained at the end of each individual measurement is not known, the state determines the probability distribution associated with each of the observables of the system, and its knowledge allows us to make probabilistic forecasts on the results of the measured system. It is then possible to define statistical quantities such as the average value of the position or the standard deviation of the position (noted <r> and Δr respectively in the case of the position, and <O> and ΔO in the case of any observable O, ΔO being also called uncertainty on the magnitude O when the particle is in state i).

A particular interesting case corresponds to states for which the uncertainty ΔO is zero for one of the observables O. We then find the prediction of classical mechanics: in one of these states, the measurement of O will always give the same result. To distinguish these states from other states, they are called eigenstates of the observable O. The eigenstates of the total energy have the advantage of not evolving over time: if a particle is in a state of given energy, it will remain in this state thereafter.

Finally, a last special case makes it possible to specify what is implied when one says that a particle is in two states simultaneously. One can imagine a state where the probability distribution of the magnitude O is punctured on two values. In fact, the particle is actually only in one state, but this quantum state will give two possible results when measuring O.

Schrödinger equation, developed by the Austrian physicist Erwin Schrödinger in 1925, is a fundamental equation... 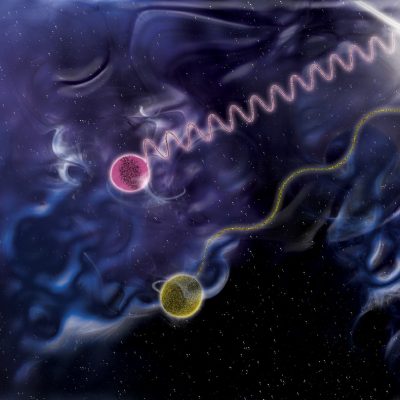 We see what is the state of the question; the ancient theories, which hitherto seemed... 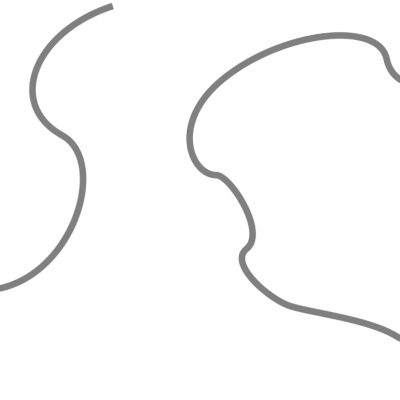