(Picture of the Resurrection of Christ by Dieric Bouts)

Easter (also called Easter Sunday) is the most important solemnity (just before Christmas) of the Catholic Church, that is to say, it is mandatory to rest and to attend Mass. It is the first of the five cardinal feasts of the Catholic liturgical year.

In fact, the specific liturgy at Easter begins with the Easter Vigil, celebration also respected by some Anglicans and Lutherans. Often the Easter Vigil is an opportunity for believers to receive the sacrament of baptism or confirmation. Easter Sunday in the morning are thus igniting the new fire of the paschal candle, blessing of the baptistry, reading the prophecies and singing psalms. Normally, Easter is the day of the year chosen by all the faithful who go to Mass once a year to commune (hence the term “make his Easter”), which requires them to go confession beforehand. Since Holy Thursday, there was no Eucharist, only liturgical celebrations such as dubbed “Mass of the Presanctified” on Friday. Symbolically, for Catholics, the Easter Vigil candle and reflect the Resurrection of Christ, the solemn renewal of their baptismal commitment by all Christians.

Thus, Lent is over and the focus is on the rediscovered innocence and the value of Christian initiation. When the day is up, then follows the following office: Mass of the Resurrection. Christ, also called the Redeemer, defeated for mortal sin, the devil and death itself. Jesus Christ is made the Lamb of God, Agnus Dei, sacrificed at the crucifixion, which takes away the sins of the world through his death and resurrection. This Easter Mass therefore have a symbolic expressing the apex of the whole liturgical year of Catholics, because it reminds them of their duties as Christians through this spiritual renewal. Easter is also a rare opportunity for the Pope to pronounce the famous blessing urbi et orbi. Finally, this Sunday just close the Triduum and Easter.

In Belgium, France and Italy, the bells are made silent during Holy Thursday to prevent them from sounding during the following two days. During Lent, it is omitted to sing Glory to God as a sign of penance. So in Canada, when comes the Easter Vigil, the bells rang to express the joy we get out of penance while we sing.

In the Philippines, on Easter morning (locally called Pasko ng Muling Pagkabuhay or Easter Resurrection), the celebration is marked by acts of joy. At dawn, Salubong, the first of them, is putting together large statues of Jesus and Mary illustrating the first meeting of Jesus and his mother Mary after the resurrection. Shortly after the Easter Mass begins in joy.

In Tyrol, the effigy of the risen Christ appears in a theatrical process in the center of the Baroque decor Ostergräber.

Easter is celebrated with great solemnity by Orthodox Christians. This feast has no fixed date, it is celebrated after the Jewish Passover and the first week after the full moon. While some Orthodox Churches differ according to the reference calendar (Gregorian or Julian), the date of Easter is however common to all Orthodox churches (except the autonomous Church of Finland) because it is everywhere fixed from the Julian calendar whatever the liturgical calendar followed.

In the Gregorian calendar, it means that it is celebrated between April 4 and May 8 at the latest.

In some countries of Orthodox tradition, rendered silent bells are replaced by Simandre.

At the announcement of the Resurrection, the faithful resumed in chorus the words: “Christ is risen from the dead by his death, he conquered death and the dead he has given life…” The “holy light” is propagated in the congregation.

Easter is the most important celebration for evangelical Christians. It is a reminder of God’s grace and the power of salvation in Jesus. At the meeting on Sunday, the message is often linked to the resurrection and the impact of this event in the lives of those who have accepted Jesus, who experienced the new birth. 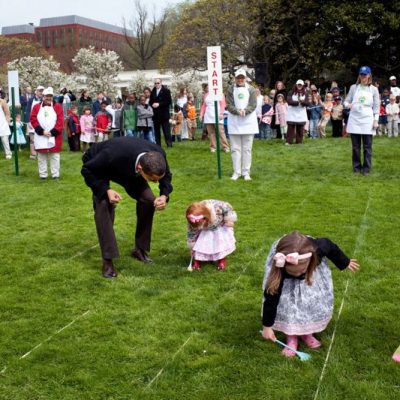 The paschal candle is a large candle, often decorated with a red cross, blessed and... 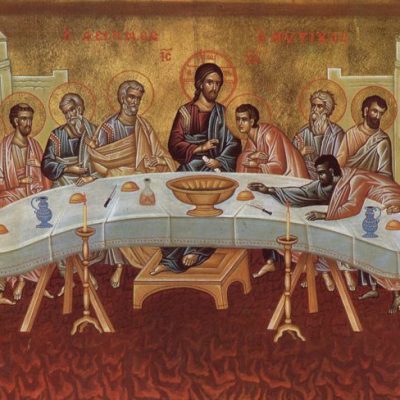