The most powerful scientific statements are usually those offering the broadest scope of application; Newton’s third law (on the equal reciprocal attraction of heavy bodies) is the perfect example.

But it is obviously not possible for scientists to test each particular case that this theory allows us to consider. How then is it to be said that Newton’s third law is, in any sense, true? How can we be sure that, despite all the precedents having confirmed the law, the following experience will not come to contradict it and hold it this time to be false with certainty?

Ockham’s razor is a touchstone in the philosophy of science. Guillaume d’Occam stated that one must always prefer the simplest way of explaining a phenomenon if one has the choice between several valid possibilities. He himself says nothing about the intrinsic truth of such a statement, but often the simplest way to perfectly explain a phenomenon has proven to be ultimately more accurate than more “complex” propositions.

Ockham’s razor is generally used as a powerful and rational criterion in the choice between several competing theories on the same scientific subject. However, it is rare for two theories to provide truly similar explanations, i.e. both equally satisfactory. In fact, the use of Ockham’s Razor remained limited. There are now mathematical approaches, based on information theory, which confront simplicity and theoretical scope.

Ockham’s razor is often misused or invoked in cases where it actually turns out to be unsuitable. This principle does not say that the simplest explanation should be preferred to the detriment of its ability to explain exceptions or related phenomena. The principle of refutation requires the scientist that from the moment an exception is observed experimentally, and that it can be repeated to invalidate the theory, he must construct a new explanation, as simple as possible, accounting for this new phenomenon, and that this new explanation must be preferred to the old one.

Guillaume Lecointre considers it necessary to recall: “the principle of parsimony or principle of economy of hypotheses, implies that when we make an inference about the real world, the best scenario or the best theory are those which involve the smallest number of ad hoc, i.e. undocumented assumptions”.

One of the answers to the problem of the “justification of scientific results” is based on the notion of induction. Inductive reasoning consists of holding an assertion or a theory true in certain general cases, on the condition that the assertion or theory has been shown to be true in all the adequate observed cases, i.e. conforming to the general situation. In fact, after having successfully conducted a series of experiments on Newton’s third law, it is justified to hold this law to be true – even if it can be invalidated.

Understanding why induction is viable most of the time has long been a source of questioning. One cannot use deduction there, this logical process which starts from the premises to lead to the conclusion, because there are no syllogisms in induction which would allow it. No matter how many times seventeenth-century biologists observed white swans, no matter how varied the locations of those sightings, there is no purely logical path to the conclusion that all swans are white. Which basically amounts to saying that this conclusion may be quite wrong. In the same way, nothing forbids to think that tomorrow, it will be able to be observed an action not involving reaction; the same thought experiment can be done for any scientific law.

Giving an answer concerning induction requires changing the relational logic, adopting other rational arguments. Deduction allows one to state a particular truth based on a general truth (e.g. “all crows are black; this is a crow; therefore it is black”), while induction allows one to state a general truth – or not – with the support of a very high probability of truth, drawn from a sufficient series of observations (e.g. “this is a crow and it is black; this other bird is a crow and it is black;… ; all our examples show that crows are black in general”).

The problem of induction has generated considerable debate and remains of central importance in philosophy of science: is induction justified as a scientific method, and if so, how and why?

Karl Popper, in Conjectures and Refutations, uses refutability as a criterion of scientificity. A theory that is not refutable, that is to say whose predictions cannot be proven wrong by experimentation, is not scientific. Unsurpassable science proves nothing.

Refutability neatly sidesteps the problem of induction, precisely because it does not use inductive reasoning. However, it introduces another difficulty. When an observation contradicts a law, it is almost always possible to introduce a theoretical extension which will restore its character as scientific truth. For example, ornithologists who found a black swan in Australia would have had only to say that this swan was not really a swan by constructing a new ad hoc species.

Both induction and refutation attempt to justify scientific discourse by putting several scientific statements into perspective against each other. These two methods eliminate the problem of the criterion of justification, each justification having to be justified itself, which entails an unlimited backward movement. To escape this problem, we turn to foundationalism or the principle of certainty. Foundationalism posits that there are fundamental statements that do not require justification. In fact, induction and refutation are forms of foundationalism in that they rely on statements that derive directly from observations.

But the way in which these fundamental statements derive from experience reveals a problem: observation is a cognitive act, based on our reflexive understanding, our beliefs, our habits. An observation such as the passage of Venus in front of the Sun requires a significant technical unpacking, which involves a large number of auxiliary beliefs: certainties in the value of telescope optics, telescope mechanics, understanding of celestial mechanics … At first glance, there is nothing “simple” about observation.

The consistency criterion is a solution that comes as a principle of linking facts and explanations. According to the principle of coherence, statements can be justified by their belonging to a coherent system already erected according to the same process. In the case of science, the system considered is generally made up of all the so-called scientific beliefs of an individual or a group of scientists. W. V. Quine defended this approach to science, which is the one mostly adopted today, especially in physics where the concern for unity and generality of laws is paramount. The observation of a passage of Venus in front of the Sun is then justified as a scientific statement by its coherent adequacy with our usual beliefs on optics, telescopes and celestial mechanics. If this observation were to be in disagreement with one of these components necessary for the establishment of a scientific statement concerning it, then an adjustment of the system would be necessary to eliminate the contradiction. 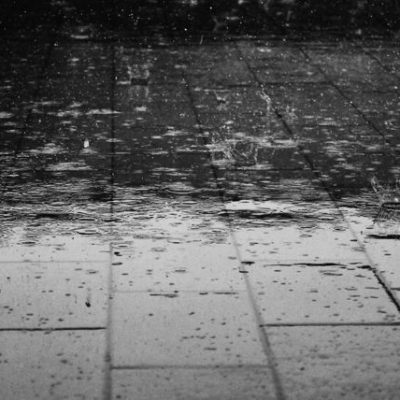 I suppose a world whose various parts possess a heat conductivity so perfect that they...