Video poker is a casino game based on five-card draw poker. It is played on a computerized console which is a similar size to a slot machine.

Video poker first became commercially viable when it became economical to combine a television-like monitor with a solid state central processing unit. The earliest models appeared at the same time as the first personal computers were produced, in the mid-1970s, although they were rather primitive by today’s standards.

Game play begins by placing a bet of one or more credits, by inserting money (or in newer machines, a barcoded paper ticket with credit) into the machine, and then pressing a “Deal” button to draw cards. The player is then given an opportunity to keep or discard one or more of the cards in exchange for a new card drawn from the same virtual deck, after which the machine evaluates the hand and offers a payout if the hand matches one of the winning hands in the posted pay schedule.

On a typical video poker machine, payouts start with a minimum hand of a pair of jacks. Pay schedules allocate the payout for hands based partially upon how rare they are, and also based upon the total theoretical return the game operator chooses to offer.

Some machines offer progressive jackpots for the royal flush, (and sometimes for other rare hands as well), thereby spurring players to both play more coins and to play more frequently.

Video poker machines operated in state-regulated jurisdictions are programmed to deal random card sequences. A series of cards is generated for each play; five dealt straight to the hand, the other five dealt in order if requested by player. This is based upon a Nevada regulation, adopted by most other states with a gaming authority, which requires dice and cards used in an electronic game to be as random as the real thing, within computational limits set by the gaming authority. Video poker machines are tested to ensure compliance with this requirement before they may be offered to the public. Video poker games in Nevada are required to simulate a 52 card deck (or a 53 card deck if using a joker).

It is unclear whether all video poker machines at Indian gaming establishments are subject to the same Nevada-style regulations, as Indian casinos are located on reservations that are sovereign to the tribe which holds the gaming license.

Newer versions of the software no longer deal out all 10 cards at once. They now deal out the first five cards, and then when the draw button is pressed, they generate a second set of cards based on the remaining 47 cards in the deck. This was done after players found a way to reverse engineer a random number generator’s cycle from sample hands and were able to predict the hidden cards in advance.

Newer video poker machines may employ variants of the basic five-card draw. Typical variations include: Deuces Wild, where a two can serve as a wild card and a jackpot is paid for four deuces or a natural royal; pay schedule modification, where four aces with a five or smaller kicker pays an enhanced amount (these games usually have some adjective in the title such as “bonus”, “double”, or “triple”); and multi-play poker, where the player starts with a base hand of five cards, and each additional played hand draws from a different set of cards with the base hand removed. (Multi-play games are offered in “Triple Play”, “Five Play”, “Ten Play”, “Fifty Play” and even “One Hundred Play” versions.)

In the non-wild games (games which do not have a wild card) a player who plays five or six hundred hands per hour, on average, may receive the rare four-of-a-kind approximately once per hour, while a player may play for many days or weeks before receiving an extremely rare royal flush.

Most full pay machines are configured with a pay schedule that is only full pay when the maximum amount of credits is bet. (See the pay schedule tables later in this article for details.)

“Deuces Wild” is a variation of video poker in which all two’s are wild. (Wild cards substitute for any other card in the deck in order to make a better poker hand. In Deuces Wild, the payout for a four of a kind makes up approximately 1/3 of the payback percentage of the game, and a four of a kind occurs on average once every 15 hands or so. Deuces Wild can be found with pay schedules that offer a theoretical return as high as 100.762%, when played with perfect strategy. It is also available with other pay schedules that have lesser theoretical returns:

“Double Double Bonus” video poker is a variation of Jacks or Better which offers bonus payoffs for different four of a kinds, as seen in the payout table below. Full pay Double Double Bonus can be found with pay schedules that offer up to a theoretical return of 100.067%, when played with perfect strategy. It is also available with other pay schedules that have lesser theoretical returns:

Although positive expectation and full pay video poker machines are found in many “locals” casinos (located off the Strip) in the Las Vegas market (and in a few Reno casinos), most Strip casinos and casinos in other markets offer less attractive video poker pay schedules.

Many casinos offer free memberships in “player’s clubs” or “slot clubs”, which return a small percentage of the amount of money that is bet in the form of “comps” (complementary food, drinks, hotel rooms, or merchandise), or sometimes as cash back (sometimes with a restriction that the cash be redeemed at a later date). These clubs require that players use a card that is inserted into the video poker machine to allow the casino to track the player’s “action” (how much the player bets and for how long), which is often used to establish a level of play that may make a player eligible for additional comps.

Backgammon is a reasoned game of chance for two players, played on a board with...

Blind Hookey is a card game played with a full pack of cards, sometimes used... 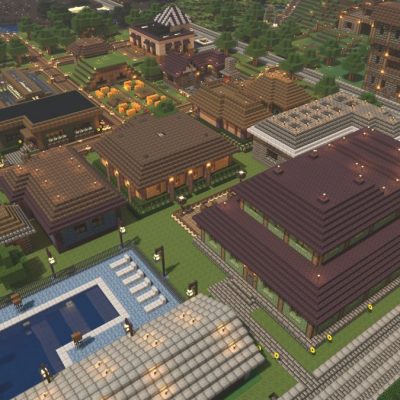