In 1962, Jay Sarno, a cabana motel owner, used ten million dollars that had been lent to him by the Teamsters Central States Pension Fund to begin plans for a hotel on land owned by Kirk Kerkorian. Sarno would later act as designer of the hotel he planned to construct.

Sarno struggled to decide on a name for the hotel. But he made the decision of calling it Caesars Palace with his thinking that the name Caesar would evoke thoughts of royalty because of Roman general Julius Caesar. Sarno thought that people should feel they were at a king’s home while at his hotel. The name of the hotel is often spelled “Caesar’s Palace”, although the real name is “Caesars Palace”, making everyone that stays there a “Caesar”.

Sarno contracted many companies to build the hotel, from the Roman landscapes it presents, to the water fountains that have been stages of various events and the hotel’s swimming pools.

On August 5, 1966, the hotel was inaugurated, with Andy Williams and Phil Richards providing entertainment; they both played Julius Caesar at a play that night. Two days later, Latin musician Xavier Cugat and salsa dancer Charo became the first couple to marry in the new establishment.

Soon after the hotel’s opening, Sarno bought the land from Kerkorian for five million dollars.

On December 31, 1967, Evel Knievel unsuccessfully tried to jump the hotel’s water fountain with his motorcycle.

On July 15, 1969, executives lay ground on an expansion area of the hotel, and they buried a time capsule in the area, but the time capsule was stolen days later.

In 1973, Del Webb company was contracted to make a 16 story building to add to the Palace’s number of rooms. That project was finished in 1974.

In 1980, Gary Wells gained much media coverage, and much physical suffering, when he unsuccessfully tried to leap over a water fountain at the Caesars Palace. He sustained injuries in many different parts of his body.

By the 1980s, Caesars Palace had become a boxing and gambling Mecca. Joe Louis, the former world Heavyweight champion boxer, worked at Caesars Palace as a greeter until his death in 1981. A statue of him would be erected soon after inside the hotel. Another professional boxer, South Korean Duk Koo Kim, went 14 rounds with Ray Mancini at the Palace in 1982, then collapsed in a coma and died. As a result, the number of rounds in a boxing title match was reduced to 12. Fights were (and still are) particularly beneficial to the casino, with high-rolling boxing fans hitting the gaming tables and slot machines before and after bouts, as well as wagering large sums at Caesars’ large sports book. Among the Caesars Palace’s most famous fights were The Battle of the Little Giants, the Sugar Ray Leonard vs. Thomas Hearns fights, the Larry Holmes vs. Gerry Cooney battle, Marvin Hagler versus Thomas Hearns, the fight in which Mike Tyson became world Heavyweight champion by knocking out Trevor Berbick and the fight between Leonard and Hagler. Most boxing fights were held at the hotel’s parking lot. Extra security measurements had to be taken for the fight between Holmes and Cooney, as both the KKK and black groups had threatened to shoot the boxers before the fight began; there were police snipers at the roof of Caesars Palace and adjacent hotels on the fight’s night.

Also during the 1980s, the hotel opened an Atari game room that had over 60 Atari video game arcade machines.

In 1989, Robbie Knievel successfully completed what his father could not do years before.

The hotel’s management wanted it to have a new, family-oriented atmosphere as the 1990s approached, a trend mirrored by many of the big Las Vegas resorts. This move was not strange to Las Vegas hotel owners, as most hotels there were planning to modernize anyway by adding more children features and making Las Vegas hotels seem more family friendly and less gambler oriented. As a consequence, big time boxing was one of the first things to leave Caesars Palace.

In 1992, The Forum Shops at Caesars opened; it was one of the very first venues in the city where shopping, particularly at high-end stores, was an attraction in itself. The fourth phase opened on October 22, 2004. It now has the 2nd built circular escalator in the USA. The other one is at the Westfield San Francisco Centre.

In 1994, the NBC game show Caesar’s Challenge was taped here.

Over the years, the hotel has been owned by various companies, including Sheraton and The Hilton International Corporation. Caesars Entertainment (originally known as Park Place Entertainment) bought the property in 1999, before the merger with Harrah’s.

Caesars has just opened the Roman Plaza, an open-air area with a cafe on the corner, and the Colosseum theater, where Céline Dion and Elton John are regular performers. The Colosseum was specifically built for Dion’s show, “A New Day,” a spectacular produced by former Cirque du Soleil director Franco Dragone. Dion’s show was also notable for having some of the highest ticket prices for any show in the city, with seats as high as $200 each; nonetheless, the show regularly sells out.

Many star performers, such as Liberace, Julio Iglesias, David Copperfield, and Gloria Estefan have performed at the hotel.

On October 2, 2004, big-time boxing returned to the Caesars Palace hotel, as Jeff Lacy, a former Olympic boxer, knocked out Syd Vanderpool in eight rounds in a fight between Super-middleweight world title challengers that was televised on Showtime.

Currently, Caesars is in the process of another expansion, including a new hotel tower.

On May 4, 2006, Mike Metzger became the first person to ever backflip on a motorcycle over the fountains.

In May of 2007, Bette Midler was announced as Dion’s formal replacement. Midler will reportedly only perform about 100 shows a year, with Elton John continuing to perform his popular Red Piano show 50 nights a year while Midler is on hiatus. After taking a three-year hiatus, Cher, following her Farewell Tour, is also returning to the stage with a three-year contract to perform 200 shows beginning May 6, 2008.

As of December 2007, Harrah’s Entertainment runs some of their corporate offices inside the Caesars Palace Resort.

With the success of the Augustus Tower, Harrah’s Entertainment is planning a $1 billion expansion and upgrade to the famed resort. The expansion will include another hotel tower and a sports complex replacing the events center. The timeline for construction was undisclosed.

The Pussycat Dolls Lounge, an adjunct of Pure nightclub.

Taxes A license is granted if the operation of lotteries or other similar games is...

Taxes Pursuant to the Gambling Tax Act, gambling taxes are imposed on the amounts received... 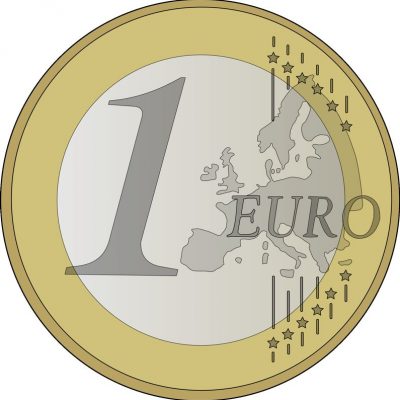 While not all EU Member States have a legal definition of the concepts of “games...

The general questions that need to be asked and answered are: – How much remote...

The overall gambling market in Europe is growing, both land-based and online. Lotteries and gambling...