Since at least antiquity, philosophy has questioned the nature of art.

Plato in the Ion and Hippias Major or Aristotle in Poetics wonder about art as beautiful. However, the ancient aesthetic sometimes differs markedly from later aesthetics and the Greek word τέχνη designates in ancient Greece all activities subject to certain rules. It encompasses both knowledge, arts and crafts. Not all Greek muses are associated with the arts as they will be defined later, and poetry, for example, is not a τέχνη.

Roman civilization does not distinguish clearly between the field of art and that of knowledge and crafts, although Cicero and Quintilian contributed to this through their reflections. Thus, for Galen, the term “art” refers to a set of processes used to produce a certain result:

“Art is the system of universal teachings, true, useful, shared by all, tending towards one and the same end.”

In this sense of the word, which has prevailed until the end of the Middle Ages, art opposes both science conceived as pure knowledge, independent of applications, and nature that produces without thinking. At the idea of ​​production rule is added the consideration of the effort required in this activity. When the word is used, it is usually attached to an epithet that specifies it to form expressions such as “liberal arts”, “mechanical arts”, “military art”, etc. And if it happens sometimes that for the liberal arts to be used the word ars, we are still far from contemporary meaning; astronomy was a “liberal art” while the “theatrica” ​​show remained a “mechanical art”.

Until the Renaissance, there is no precise difference between the artist and the craftsman: we call “artist” an artisan whose production is of exceptional quality. The difference will begin to become more precise only when the artists begin to emancipate themselves from the corporations to make allegiance to the academies and the nobility command. It is then that the now familiar meaning of the word “art” begins to emerge: not only do many techniques separate from it, but moreover, after the discovery of the rules of perspective, the visual aspect will take on a growing importance.

It is the Enlightenment that dates the concept of art today commonly accepted. Starting from a reflection on the senses and the taste, a conception based on the idea of ​​beauty ends up being established. With Emmanuel Kant emerges a theory of art defining aesthetics, whose principles will be taken up by the romantic movement. The importance of the observation of rules then becomes secondary, while the intention of the artist, who aims our senses and emotions, becomes paramount.

But the twentieth century, by its practices and its ideologies, questions all that could have been retained in the previous century. In particular, he contests the existence of an essence of art that would be found throughout ages and civilizations, and thus the dream of a universal definition. He also emphasizes the sometimes ambiguous relationship between “beauty” and “art”, for example when the work of art represents nature in a frightening, even repulsive way.

This is why the contemporary European discourse on art carries a risk of anachronism insofar as, according to this discourse, art implies an intention that does not necessarily exist in other times or in other places . Prehistoric art for example, refers to artistic elements such as paintings or sculptures, but no text specifies whether these elements were intended for contemplation, ritual celebrations or other uses. In some cultures (eg Indian or Chinese), such texts exist, but it is difficult to determine to what extent the concepts used, especially those translated into English by the words “fair” or “beautiful”, are identifiable with those used in Occident. The introduction of an unconscious or involuntary art hypothesis could make it possible to circumvent this type of difficulty.

We often give more or less complete lists of domains of art, noting what Wittgenstein calls “family resemblances”: art becomes a set of practices and results that share a common number of traits, though none of them are universal.

The classical list of arts, as proposed by Hegel in the 19th century in Aesthetics or Philosophy of Art, continues for some to serve as a reference. It indicates, without being nevertheless exhaustive, that the main arts are five in number: architecture, sculpture, painting, music, poetry. By combination or prolongation, one manages to develop this list indefinitely by adding, for example, dance, cinema (often called “seventh art”), comics, opera, photography, etc. 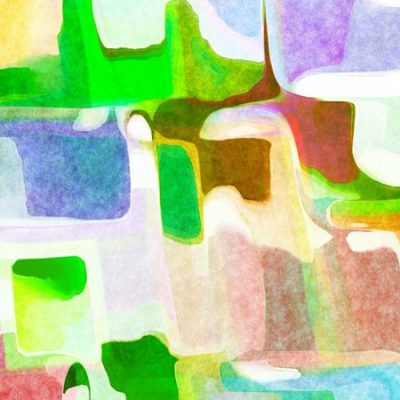