London Fashion Week is a trade event held in London twice a year, in February and September. It is one of the “Big Four” fashion weeks, together with New York Fashion Week, Milan Fashion Week and Paris Fashion Week.

London Fashion Week is organised by the British Fashion Council (BFC) for the London Development Agency with the help of the Department for Business, Innovation and Skills, It first took place in 1984. It states that it is attended by over 5,000 press and buyers, and has estimated orders of £40m or £100m. A retail-focused event takes place immediately afterwards at the same venue and is open to the general public.

The current venue for most of the “on-schedule” shows is Somerset House, where a large marquee in the central courtyard hosts a series of catwalk shows by top designers and fashion houses, including an exhibition with over 150 designers. Many “off-schedule” events, such as Vauxhall Fashion Scout and On|Off, are organised by other private-funded groups and take place at other venues in London.

In spring 2010, London Fashion Week became the first major fashion week to fully embrace digital media when it offered all designers who were showing their collections on the catwalk at Somerset House the opportunity to broadcast their shows live on the Internet. The video stream can be seen on London Fashion Week””s website.

In summer 2012, London for the first time introduced Men””s Collections, in addition to the collections shows in spring / summer and autumn / winter.

The show and presentations for spring/summer 2014 are scheduled for Friday 12th – Tuesday 16th September 2014. 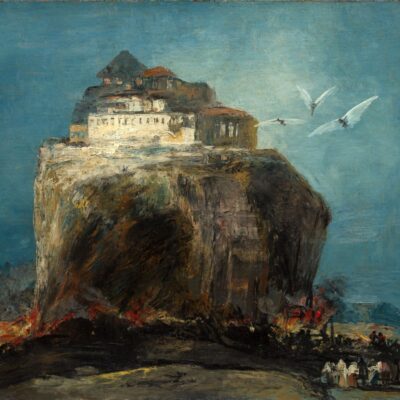 A fake is an imitation of an original work of art, which is not presented...