A class action, collective action or group action, is an action or procedure that allows a large number of people, often consumers, to prosecute someone, often a business or a public institution, to obtain financial compensation.

Born in the United States, this procedure is now widespread in many common law countries, such as Canada, but also in many European countries such as Portugal and Italy. In the United States, the first class action took place in the 1950s, after the explosion of the SS Grandcamp cargo ship in Texas City in which more than 581 people died in an industrial accident.

The benefits are related to the fact that the class action merges a large number of individual complaints in a single trial.

First, the merger increases the efficiency of justice. When facts and standards are the same, the fusion of complaints in a class action may avoid repeating “days with the same witnesses, the same parts and the same issues from trial to trial.”

Second, a class action solves “the problem that occurs when small compensation incentive is not enough for an individual embarks on a solo action to restore its rights.” “A class action solves this problem by merging the relatively small offsets in a whole that deserves someone (usually a lawyer) got down to the task.“

In other words, a class action ensures that a defendant has committed acts on a harmful scale – but low importance for each individual plaintiff – compensates people for damages. For example, the losses suffered by thousands of shareholders of a listed company may be too small to justify separate individual petitions, while a class action can be performed effectively on behalf of all shareholders.

Third, in cases where the defendant is not solvent, a class action ensures that all plaintiffs receive compensation, avoiding the first to file an application to be served first leaving nothing for the rest. A class action centralizes all complaints and fairly sharing the compensation between the plaintiffs if they win.

Finally, a class action avoids the case where several conflicting court decisions put the defendant in the position of having to follow an inconsistent code of conduct. A court may, for example, for this purpose grant certification of a class action when the holders of individual bonds are suing for conversion of their bonds into shares.

The choice between a class action and individual action must be assessed case by case. Note the Advisory Committee on Article 23 of the Federal Code of Civil Procedure of the United States shows such as “major injuries” are generally not suitable for group therapy. This generally improves the effectiveness of a little use for major damage because the complaint almost always involves questions of law and fact that must be considered again on an individual basis. Major losses were offset by higher interest and damages, individual plaintiffs have no financial constraints preventing them from requesting.

The first is that this device may encourage lawyers to bring an action on behalf of victims of injurious by forcing them to accept a transaction with an unreasonably low compensation, simply to collect comfortable fees (often lawyers act to negotiate the advance contingent fee if they win, but get nothing if they lose). In some cases, also known as “coupon settlements” (alluding to the fact that complainants receive minimal compensation in the form of a small check or a voucher for services or goods to be consumed later.) These coupon settlements also allow the defendant to avoid pay damages raised by preventing the plaintiffs to settle each dispute separately.

One response to this criticism is by mentioning the three protections provided by American law to prevent collusion between class counsel and the defendant.

The second criticism is to interpret the mechanism of collective action as a form of “tax” on big business that prevents them from innovating. For example, we say that although automotive automatic control have been developed, no manufacturer would dare sell as their AI is not perfect, because they are afraid of being the target of an action the first collective fault appearing in the software of the vehicle.

It responds by stating that each liability suits can be considered in the same way as a form of “tax”. If the company wanted to encourage innovation by allowing the marketing of non-perfectly safe technologies, it could do so by giving direct immunity to new technologies while facing trial on liability, not by prohibiting class actions in all areas.

Some defendants enjoying great financial power fear the mechanism of a class action because it prevents them from using their financial superiority turn against each individual plaintiff in a strategy of “divide and rule”. 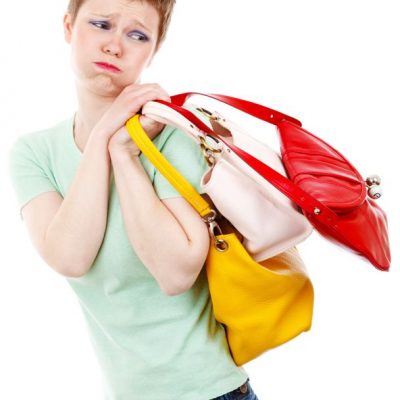 Compulsive buying is an emotional disorder characterized by multiple purchases of objects, usually having little...