Cultural ecology is, in anthropology, a theory that studies the relationship between human societies and their environment to find out how the behaviors and lifestyles of men are shaped by their environment. This approach, developed in the 1950s and 1960s by the American anthropologist Julian Steward, will create currents of thought such as ecological anthropology, born in the 1970s, or cultural materialism, but also inspire many archaeologists, especially supporters of the “New Archaeology”.

Cultural ecology is primarily a deterministic theory which claims that the environment affects the organization and functioning of societies, in the words of Steward: “cultural ecology is the study of the processes by which a society adapts to its environment.” This affirmation of environmental determinism contrasts also with the anthropological tradition of the early twentieth century massively rejecting this type of explanation. In the same vein, cultural ecology breaks with the idea of a unilinear evolution of humanity that all societies, as diverse as they are, would follow the same road to “civilization.” Indeed, Steward refutes this theory and prefers the idea of different societies established in different environments, denying in fact the belief in one humanity with more or less advanced stages. For example, he insists that it would be absurd to include forestry societies as preceding the emergence of agro-pastoral society necessarily more advanced. However, it did not depart so far from a desire to compare societies, which are adapted to their environment under various pressures. Steward has also developed a method to identify and determine these pressures and their influence on men and their behavior. Thus he analyzes what he calls “cultural core” that can be defined as an “technical assembly, behaviors and institutions related to the operation of natural resources “. There are all these processes, in live relationship with the environment, which form the corporate structure with concrete activities such as the division of labor and the distribution of dwelling. By identifying the similarities between the “cultural core” of societies apparently dissimilar, Steward was able to establish a typology justifying his conception of a multilinear evolution, in which human groups follow their own path. More broadly, he tried to distinguish between the behavior induced by the environment, behavior related to the use of a medium according to specific processes, and finally the influence of these behaviors on other sections of culture. Philippe Descola however, highlights that cultural ecology and the work of Steward leave out many features and other areas of mythology and aesthetics, which are absolutely disconnected by environmental imperatives yet guiding reflection of American anthropologist. It prefers to explain these phenomena by invoking a local peculiarity or, conversely, of borrowing from other cultures. This distinction that may seem paradoxical was completely reviewed by the successors of the cultural ecology.

Originally designed by Julian Steward, cultural ecology was appropriate and reworked by many scientists. Thus, in the 1970s, researchers have integrated Steward‘s reflection of economic and political or spiritual concerns to better understand the landscape changes over time. This theoretical shift, which completely changed the cultural ecology as conceived by Steward, has turned into a veritable school of thought: the ecological anthropology. Similarly, the American anthropologist Marvin Harris will also rethink cultural ecology explaining that the beliefs, customs, and more generally the areas of culture in which Stewart denied the environmental impact, are related and, indeed, governed by the environment: it is the cultural materialism. Overall, for Harris and his followers, Aztec ritual sacrifices or the forbidden pork in the Middle East are only adaptive responses to a specific context. Thus, it justifies the sacredness of the cow in the Indian sub-continent, explaining that it is more useful alive through her milk or its dung (which can be used as fertilizer) that died to use meat. The particularly radical approach of Harris was highly criticized especially by Claude Levi-Strauss which has discussed with the American anthropologist. But the theory of Steward has also been taken up by a number of archaeologists who have integrated cultural ecology in the broader thinking of processual archeology to explain how the operation of the old societies responded to environmental changes. However, with the development of scientific methods of archeology and the study of increasingly detailed paleoclimate, the assumptions of cultural ecology have been tested and verified, making the theory Steward superflue.

In sum, cultural ecology was the basis and inspiration to many theories and schools of thought, whether ecological anthropology, cultural materialism or processual archeology, but this paradigm has also been criticized and surpassed the emergence of new techniques. 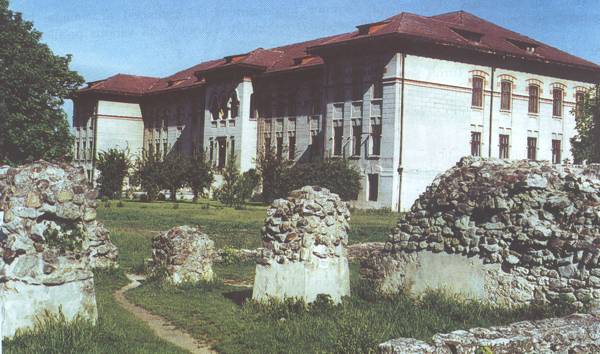 The IRON GATES Region Museum The Museum of the Iron Gates Region is only one...

Entertainment  (The O2, one of the largest domes in the world, originally built to celebrate...