Does philosophy have a law of development, or is the succession of systems contingent and dependent on the chance of individual temperaments? This question is among all important; the history of philosophy has a long past behind it, which weighs heavily on it; it has, particularly on the point which occupies us, traditions to which it is rare that it does not adapt more or less. It is these traditions that we want to bring out in order to appreciate them properly.

The idea of ​​considering the history of philosophy as a whole and the unity of its development is a relatively recent idea. It is one aspect of those doctrines of the “progress of the human spirit” which emerged at the end of the 18th century; on the one hand the positive philosophy of Auguste Comte, on the other hand the philosophy of Hegel include in them as a necessary element a history of the philosophical approaches of humanity; the human spirit does not define itself by isolating itself from its own history.

Such was not at all the history of philosophy at the dawn of the modern era. Our history of philosophy was really born in the Renaissance period, when we discovered in the West the compilers of late antiquity, Plutarch, whose writings include a treatise On the Opinions of the Philosophers, Sextus Empiricus, Stobeus, Stromata of Clement of Alexandria and above all the Lives of the Eminent Philosophers of Diogenes Laertius, which brings together in an inexpressible disorder the remains of all the ancient works of the history of philosophy since the works of the disciples of Aris tote. These authors opened up, on the diversity of the ancient sects, on the succession of the heads of schools and of the schools themselves, perspectives which had entirely escaped medieval thought. The first stories simply imitated these compilations; they were treatises like that of Burleus (1477).

It follows from this that history is limited at first to ancient philosophy or, more exactly, to the period which goes up to the first century of our era, that is to say until the time when generally stop the compilers we have named; the history of later ancient philosophy is introduced, it is true, thanks to the direct study of the great neo-Platonic works; but antiquity thus finds itself completely separated from the Middle Ages, and the idea that there could be a continuity from one to the other completely escapes. This separation is so marked that Jonsius, collecting the sources of the history of philosophy, still limits himself in 1649, except in a short chapter, to mentioning the ancient writers who wrote on the history of philosophy (De Scriptoribus historiae philosophicae, book IV, 1649). Yet at this time the history of medieval philosophy began to be studied for itself; Launoi writes a history of medieval schools.

The history of philosophy is therefore above all at this time the history of sects; this is how Bacon conceives it in the plans he traces for the sciences. The history of sects is for him a part, the last, of literary history. Literary history, as a whole, aims to show the origin, the progress, the regressions and the revivals “of doctrines and arts”. Add to it, says Bacon, the most celebrated sects and controversies which have occupied the learned; let us enumerate the authors, the books, the schools, the series of heads of schools, the academies, the societies, the colleges, the orders. It is the Baconian plan followed by Georges Horn, the author of the first general history of philosophy, which leads the development from the origins until the 18th century; the preface refers to Bacon, and the full title of the work clearly indicates its character: “Historiae philosophicae libri septem, quibus de origine, successione, sectis et vita philosophorum ab orbe condito ad nostram aetatem agitur”. What interests him is less the analysis and precise knowledge of the content of the doctrines than their enumeration and their sequence; he has, with regard to history of philosophy properly speaking, the position that the history of the Church has with regard to that of dogmas; and, no more than there exists at this moment in the history of dogmas, there does not exist a true history of philosophy.

It is because the goal of the men of the Renaissance was not to learn about the past, but to restore it and to bring the human spirit back to its living sources. Also one is passionate about the sect one is studying; one is not a historian of Platonism without being at the same time a Platonist. There are thus Platonists and Stoics, Epicureans and academicians, and even pre-Socratics. History derives the greatest benefit from these shocks; Marsile Ficino introduces Plato and Plotinus; in the first half of the 17th century, Justus Lipsius carefully studies and classifies all the known texts on the Stoics; Bérigard, in his Circulus Pisanus, calls attention to the first physicists of Greece; Gassendi seeks to give an accurate portrayal of Epicurus. 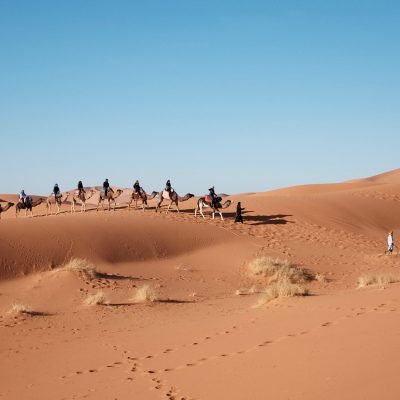