The history of physics traces the origin and evolution of currents of thought and knowledge in the physical sciences.

During prehistory, men made observations (Stonehenge or Carnac testify) and were brought to reproduce phenomena. It was on the banks of the Tigris and Euphrates rivers (present-day Iraq) and the Nile River (Egypt), and later in Greece that the beginnings of science were born, 5000 years ago. These were transmitted by religious, which ensured continuity of knowledge, navigation ensuring the spread of knowledge and writing on tablets or papyrus, its “storage”.

In the observation of phenomena reproducing in cycles (diurnal, lunar or annual), the discovery of the invariants of these cycles constitutes a beginning of scientific reasoning; there is the notion that the world obeys rules, and that we can probably use these rules.

This period saw the appearance of agrarian, architectural and warlike techniques, the invention of metallurgy (the Bronze Age in the 3rd millennium BC, the Iron Age around 1000 BC), the beginning of architecture and mechanics.

Science and religion mingled: the craftsmen prayed during the making of their objects, prayers that could be a means of measuring time when the duration had an importance in the process. 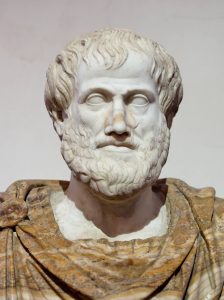 Since Antiquity, we have tried to understand the behavior of matter: why objects without support fall to the ground, why the different materials have different properties, and so on. The characteristics of the universe, such as the shape of the Earth and the behavior of celestial bodies like the Moon and the Sun, were another mystery. Several theories were proposed to answer these questions. Most of these answers were false, but this is inherent in the scientific process; and nowadays even modern theories like quantum mechanics and relativity are simply considered “theories that have not yet been contradicted” (although in their current state they are incompatible with each other).

The physical theories of antiquity were to a large extent considered from a philosophical point of view, and were not always verified by systematic experiments. It is important here to be aware that, in ancient Greece, philosophy was born from the debates and discourses (logos) resulting from the observation of nature (physikê in Greek). We thus find the etymologies of many terms used today in science: suffix -logy (technology, …), and physics.

Physics was considered in ancient Greece, at the latest at the time of the Stoics, but probably already before, as one of the three branches of philosophy. It was not really distinguished from metaphysics.

Except for precursors like the philosophers of the Millian school, Democritus, and many others, the behavior and the nature of the world were explained by the action of gods. Around -600 BC, a number of Greek philosophers (eg Thales of Miletus) began to admit that the world could be understood as the result of natural processes. Some resumed the challenge of the mythology initiated by this same Democritus concerning, for example, the origins of the human species. (They anticipated Charles Darwin’s ideas – but this is part of the history of biology rather than of physics.)

(The ancient Greek mathematician Archimedes, famous for his ideas regarding fluid mechanics and buoyancy.)

In the absence of advanced experimental equipment (telescopes, etc.) and accurate time measurement instruments, experimental verification of such ideas was difficult if not impossible. There were some exceptions: for example, the Greek thinker Archimedes correctly described the statics of the fluids after having noticed one day, according to the legend, that his own body removed a certain volume of water as he entered in his bath. Another remarkable example was that of Eratosthenes, who – persuaded for other reasons, including eclipses of the moon, that the Earth was spherical – managed to calculate its circumference by comparing the shadows worn by vertical poles at two points distant from the surface of the globe. Applying the result of the same observations to a flat Earth, he would have deduced the distance from the sun, which reminds us that any interpretation necessarily rests on previous presuppositions (see Bayesian inference).

Greek mathematicians, including Archimedes, have thought of calculating the volume of objects such as spheres and cones by dividing them into imaginary slices of infinitely small thickness; which made them precursors, nearly two millennia, of integral calculus. But they misunderstood why we did not converge thus to the value of √2 by dividing the diagonal of the square into small successive steps!

The details of ancient ideas in physics and their experimental verifications are poorly known. Almost all of the direct sources concerning them were lost during two major fires in the Alexandria Library: -48 with more than 40,000 rolls lost, and 696 by General `Amr ben al-`As who presided over the total destruction of the fund (except Aristotle whose scrolls were saved in extremis and clandestinely by admirers of his works).

This is a list of some of the great unsolved problems in physics. During the...

Thomas Kuhn criticized falsifiability because it characterized “the entire scientific enterprise in terms that apply...

Brands in the field of marketing originated in the 19th century with the advent of... 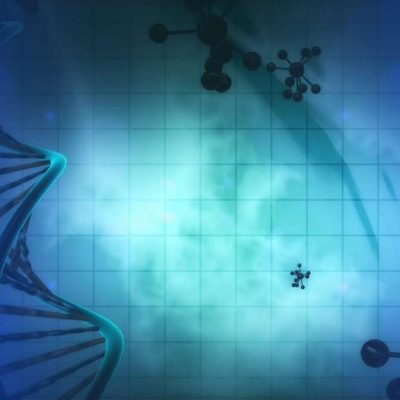 Complementarity between analytical and synthetic methods The study and understanding of phenomena, for example biological,...