Almost overnight, consumers everywhere have adopted an innovative technology that allows them to participate in a broader vision of the Internet. Distributed applications such as SETI@home have provided millions of users the opportunity to contribute to processing resources of their computers in order to participate in a common computational effort. True applications peer- to- peer (P2P), represented by Napster, Gnutella and Freenet, have provided an intuitive easy way for users to find and share resources directly with each other, often without the need for a server of a central authority.

In contrast with the Internet philosophy of being a network of interconnected networks, mainly way program applications aiming philosophy was that of client- server philosophy. First used in local area networks, client- server applications could run at the beginning only in homogeneous networks (with compatible computers, and usually from the same manufacturer), without offering any interoperability between applications.

The web has made client-server applications to be accepted very widely, accepting a universal client (web browser) that uses a standard communications protocol. Anyone with a compatible device, from mobile phones to PCs, can use this model.

Newer applications sharing files addressed simple needs and the success of these applications have changed the way people think about using the Internet. Returning to the basic model used to design the Internet, they can interact directly, without using a web server, e-mail or IRC. The network thus seems stronger as users discover a new style, complementary use of computers, which necessarily requires a lot of clients and servers in a default hierarchy.

Currently the most popular P2P application usage is to give and download files. Most common among files in peer -to- peer networks are MP3 files containing various songs and DivX files containing movies. This has led many observers, among which are the vast majority of companies in the music and film industry, to conclude that these networks are very serious threats in terms of income, or even their existence. RIAA and MPAA, representatives of artists and media companies in the United States, have acted immediately to court services companies (software and search mechanisms) file sharing. Napster network was closed after such a process, both groups spending huge sums to determine the imposition of legal restrictions. Strongest manifestation of these efforts to date has been the introduction of a provision in the state of California, which allowed legal copyright holders to access computer systems that were suspected of illegally distributing copyrighted material on one side and stop work peer-to-peer networks, on the other hand. The provision was withdrawn shortly, but it is always possible reintroduction.

As the attacks from the media companies have become more powerful, file-sharing networks seem to adapt in a fast pace, becoming increasingly technologically difficult to stop.

This meant that the targets will be no more the networks themselves, because there are virtually no technical means to be stopped, but their users. Companies are pursuing sharing service users, trying to determine their identity and, if successful, accusing them individually for illegal possession of copyrighted material.

This method has not too much chances to resist in time, because users answer most likely will be that they use encrypted sharing systems that  do not allow detection of transferring files. Another trend to avoid the media companies is to use ‘ad-hoc’ wireless networks, in which each device is connected directly to the neighborhood.

The evolution of the conflict between the entertainment industry, which sees its financial interests threatened, and users who want to get free latest movies and favorite artists songs, is worth watching because none of the parties has not said the last word.

One case has closely associated spyware with identity theft. In August 2005, researchers from...

Gaining unauthorized access to a computer is illegal, under computer crime laws such as the...

Counting cards in blackjack has become substantially more difficult as a result of casino countermeasures....

Bodog Poker has rung in 2011 with an upgrade to their online poker software. While... 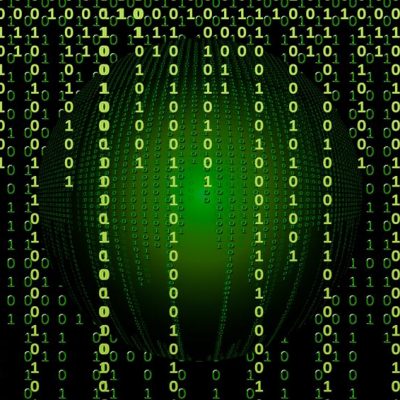