(Parmenides, detail from The School of Athens by Raphael. “You cannot know what is not, you cannot grasp or express it; for thought and being are the same thing. (Parmenides).)

The expressive approach is that of Hobbes, who affirms that: “the general use of speech is to transfer our mental discourse into verbal, or the train of our thoughts into a train of words” (Leviathan, I, 4 ). This classical theory of language is based on a theory of signs and ideas. Now, the classical sign theory distinguishes between “natural signs”, where for example smoke is the sign of fire, and “conventional signs”, where the word “dog” is the sign of the dog. As Port-Royal Logic indicates, the sign always refers to what is represented; but the same can be a thing and a sign. As for ideas, these can, in classical philosophy, refer to mental images, thoughts, but also feelings. Ideas are everything that populates our mind, regardless of the real world. Now, if words can refer to the world, it is because, according to this paradigm of representation, it is the signs of ideas which are themselves the images of things. This poses a problem, however, raised by Berkeley: how can a particular image convey an abstract term or syncategorematic terms?

In the 20th century, the expressive approach was taken up by Jerry Fodor and Paul Grice. Fodor, one of the main defenders of computationalism, a major current of the 1980s which popularized the analogy between the mind and the computer, thus defends the idea of ​​a “language of thought”, the “mentalese” that would work using symbolic operators. In other words, thought would, he said, be structured like a language. Fodor thus takes up the hypothesis of lingua mentalis, whose premises can be found in the Middle Ages in William of Ockham. Fodor’s computationalism can be characterized as a synthesis between intentional realism and physicalism. If intentional realism affirms the existence and the causality of mental states and takes into account propositional attitudes, that is to say the way in which the subject behaves towards a proposition: “I believe that x”, ” I think p”, etc., physicalism for its part affirms that any existing entity is a physical entity: this theory is strongly linked to research in artificial intelligence and cognitive science.

Grice, for his part, asserts that the properties of language depend on the properties of thoughts: the “meaning of the speaker”, the meaning he gives to his sentence in this or that context, takes precedence over “conventional meaning”. This is what the speaker means which allows the ambiguous sentences to be decided. We are talking about the theory of relevance. Taking pragmatics, a movement initiated by John L. Austin, Grice insists for example on conversational implicatures, that is to say on what the speaker implies without this being explicit in the statement. In this case, the meaning of the sentence does not depend simply on its semantic content but also on the conversational context. We note that in the Middle Ages, the semantics of Bacon also made depend the meaning not only of the sign itself but also of the one who makes use of it and the intention put.

This expressive approach has been strongly criticized by Frege and Husserl, who oppose “psychologism”, that is to say the belief that the laws of logic are only descriptions of psychological regularities or generalizations based on each individual’s reasoning. On the contrary, they defend an objectivist approach to meaning. According to them, the meaning of words cannot be reduced to subjective entities such as ideas, which would lead to accepting that it is subject to everyone’s imagination.

This approach leads to a theory of truth-correspondence: a statement contains propositional content, which is true if it corresponds to a real state of affairs. For example, the phrase “it’s raining” and “il pleut” contains the same propositional content which is its meaning. Now, this sentence is true if it is actually raining. In The Philosophy of Logical Atomism (1918), Russell thus draws attention to this “truism” according to which in the world there are on the one side “facts” and on the other “beliefs” about of these facts, likely to be true or false. The facts, or the state of things, are therefore the conditions of truth of the proposition which is it the carrier of truth, that is to say capable of being true or false. So we have on one side the truth-bearers, the propositions likely to be true or false, and on the other the truth-makers, the entities in according to which the carriers of truth are true or false.

Internalism and externalism According to Frege and Russell, the meaning of words is largely identified... 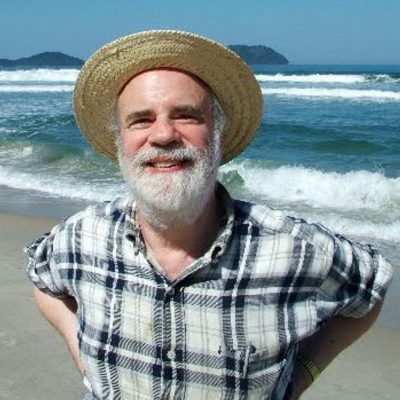