Since the 1960s, Kripke has been a central figure in several fields related to mathematical logic, language philosophy, mathematical philosophy, metaphysics, epistemology and set theory. He had influential and original contributions to logic, especially modal logic, and analytical philosophy, with a semantics of modal logic involving possible worlds, now called Kripke semantics. (Fodor 2004) He developed the argument that necessity is a “metaphysical” notion, which must be separated from the a priori epistemic notion, and that there are necessary truths that are a posteriori truths, such as “this water is H2O”.

In Naming and Necessity, Kripke proposed a causal theory of reference, according to which a name refers to an object by virtue of a causal connection with the object, mediated by the communities of speakers. He also states that the proper names, unlike most descriptions, are rigid designations (the proper name refers to the object named in any possible world in which the object exists). (S. Kripke 1980) The ideas from Naming and Necessity evolved over time, developing on the basis of previous formal research in model theory for modal logic, based on the Leibnizian principle of the indiscernibility of identicals.

Kripke states that descriptions cannot be taken as definitions of names, nor their references, nor their meanings. Kripke thus introduces the term “rigid designator” for something that designates the same object in every possible world and claims that the proper names are rigid designators. The existence of a rigid designator does not imply that the object exists in any possible world. It just assumes that in those worlds where the designator exists, it is the same object. Kripke lists and begins to discuss the six theses of the descriptive theory of names, highlighting a condition (non-circularity) necessary to satisfy these theses:

“For any successful theory, the account must not be circular. The properties which are used in the vote must not themselves involve the notion of reference in such a way that it is ultimately impossible to eliminate.” (S. Kripke 1980, 259)

He rejects the theory that states that the referent of a name must be identified through a process of selection in which descriptions are compared or evaluated. In order to avoid circularity, the identifying description, although it does not have to include a self-reference, may include a reference to someone else’s reference (a reference may borrow from another reference its authentication). Thus, Kripke outlines a causal theory of reference: a name spreads like a chain through words between people. The chain starts when a child receives the name and the parents start talking about the child using that name. At the other end might be a person who has never met the person and certainly does not know the path followed by the chain of names to reach him. In Kripke’s opinion, there is a connection from the initial “baptism”, but the details are unclear.

Unlike Strawson who imposes the requirement that the speaker must know from whom he received the reference, (Strawson 1950) Kripke’s theory does not impose any such requirement: what is relevant is not how the speaker thinks he received the reference, but the current chain of communication. The reference, for Kripke, depends not only on what we think about ourselves, but also on the community, on the history of how the name gets taken over by the speaker, and on other similar issues. For such a theory the results are somewhat different in the case of a famous man compared to an ordinary man. Basically, according to Kripke, there is an initial “baptism” in which the object can be named by ostension or the reference of the name can be fixed by a description. When a person communicates the name to others, the person receiving the name must have the intention, when using it, to assign the same reference.

Kripke admits that there are some cases where descriptions actually determine in fact a reference, but they are not synonymous with the name. The referent of the names is usually determined by a series of causal links between the people who used the name, and when the referent of a name is determined by a property attributed to that called thing, the connection is contingent, rather than necessary or essential.

Kripke highlights the situation in which the speaker has erroneous opinions about a person, in which case the reference is determined by the fact that the speaker is a member of a community of speakers using the name, which has been transmitted by tradition from one link to another. The role of uniquely identifiable properties, in many cases of designation, is only to set a reference, by some contingent clues.

This causal theory of reference can lead to several problems: there may be names that do not refer, the chain may be interrupted, a reference change may occur, and so on. In addition, Kripke did not sufficiently explain what constitutes a “link” in the chain.

According to Kripke, the sense of a name is the object it refers to, and the referent of a name is determined by a causal link between a kind of “baptism” and subsequent statements. He thus recognizes the possibility of additional semantic properties for sentences containing names, thus being able to explain why two names that refer to the same person can give different values of truth in sentences about beliefs. Later, in the article “A Puzzle About Belief”, Kripke seems to oppose this possibility. (S. A. Kripke 1979) His argument would be that two names that refer to the same object but have different semantic properties should explain why co-referential names behave differently in sentences about different beliefs. Kripke claims that this demonstrates that assigning additional semantic properties to names does not explain what is intended.

Kripke sketches a causal picture of names with two components: reference fixing and reference borrowing. (Devitt and Sterelny 1999) Fixing the reference of a name is obtained by virtue of an “initial baptism”. The reference is fixed to an object by a person present, by ostension or by description. Subsequently, the name propagates through the reference borrowing, through a “causal communication chain”, spreading in the community. The chain shall be kept for at least as long as the persons hearing the name identify the reference to the same object as they have heard.

Kripke provides examples in which his theory does not seem to fail, as in the case of reference changes from a person who existed to a fictional character.

The causal chain of reference may include a person who has never met the referenced person and does not know what path the chain followed to reach it. In the example of the famous American physicist Richard Feynman,

“A speaker who is on the far end of this chain, … may be referring to Richard Feynman even though he can’t remember from whom he first heard of Feynman or from whom he ever heard of Feynman. He knows that Feynman is a famous physicist. A certain passage of communication reaching ultimately to the man himself does reach the speaker. He then is referring to Feynman even though he can’t identify him uniquely. … he doesn’t have to know these things, but, instead, a chain of communication going back to Feynman himself has been established, by virtue of his membership in a community which passed the name on from link to link, not by a ceremony that he makes in private in his study.” (S. Kripke 1980, 91)

Unfortunately, Kripke does not provide too many and clear details, such as what constitutes a “link” in the chain. In addition, Kripke’s theory also generates problems, such as the existence of names that do not refer to real people, or the possibility that the chain may break, or that a reference change occurs along the way, as in the case of Madagascar analyzed by Gareth Evans. (Evans and Altham 1973)

Searle, in his “Proper Names and Intentionality”,  criticizes Kripke’s theory: (Searle 1982) the explanation of the name’s introduction into baptism is, in fact, descriptive; the external causal chain does not reach the object, only at the baptism of the object, which may or may not have an external causal connection with the object; we can introduce a name by description and use it as a reference, even as a “rigid designator”, and abstract entities with their own names are incapable of initiating physical causal chains; the causal chain is not “pure”, it includes intellectual content associated with each use of a name. His conclusion is that the image of Kripke’s chain of causation does not offer a sufficient condition, nor a necessary one. The mistake of such a causal theory would be that it goes beyond the analogy between reference and perception that is explicitly developed by Donnellan. (Donnellan 1974) 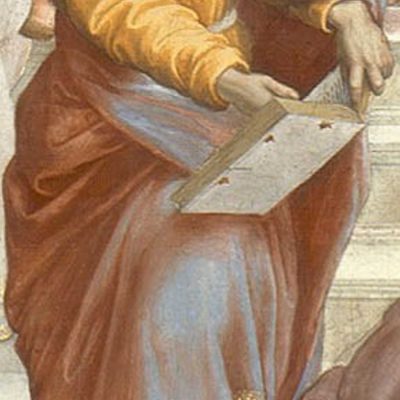 Internalism and externalism According to Frege and Russell, the meaning of words is largely identified...