After selecting their buttons, players assemble their dice. Most buttons have five dice, but some have more or fewer, and in certain cases the number of dice may change over the course of the game. The size—that is, number of sides—of most dice is specified and unchangeable, but most buttons have at least one Swing or Option die, which means that the player has a choice of sizes to use for that die. Swing dice, represented by letters like variables in algebra, may have any size within a certain range of integers: for example, an X Swing die may have any whole number of sides between 4 and 20, including odd numbers. Option dice, represented by two numbers separated by a line or slash, give the player a choice of only two sizes: for example, an Option 8/12 die may have either 8 or 12 sides, but no other number. Die sizes typically range between 1 and 30, and any fair random number generator may stand in for a “die” of a non-standard size. For example, a two-sided die is easily simulated by a tossed coin, and a coin plus an eight-sided die can serve as a sixteen-sider: if the coin lands heads, add 0 to the value on the eight-sider; if tails, add 8.

Players select the size of their Swing and Option dice in secret, and reveal them after selection is complete. Then all dice are rolled and arranged in size order in front of their owners. The player with the die showing the lowest value takes the first turn. In the case of a tie for the lowest value, the next lowest value is considered. If all dice are tied, the round ends in a draw, and is replayed. The right to take the first turn is called initiative. Some dice have special skills that change their effect on initiative.

Starting with the player who gained initiative, players take turns using their own dice to attack and capture their opponent’s dice. Most dice can participate in either of the two basic types of attack:

After an attack is made, the captured die is added to the capturing player’s score pile. All dice that participated in the attack are rerolled. The player’s turn ends, and his opponent’s begins.

A player may not pass his turn unless he is unable to make a legal attack. When both players pass consecutively (which usually, but not always, happens because one player is out of dice), the round ends and scores are counted.

Each player scores the size, in points, of each captured die in his score pile, plus half the size of each of his dice that remained uncaptured (some die skills can alter this total). The player with the higher total wins the round. Usually it is the case that the player who captured more dice wins the round. However, when there is a large difference between the number of die sides each player owns, it may be possible for one player to lose all of his dice and still win the round.

Between rounds, players may, if they wish, change the size of their Swing and Option dice to any other size in the allowed range. In tournament play, only the losing player may do so.

The first player to win three rounds wins the game.

Dice in Button Men can be assigned one or more of over 30 official and unofficial die skills, which may augment, reduce, or simply alter their abilities. Usually, die skills are assigned only to some of the dice on a button, so that the player can only use those skills while those dice remain in play. In a small number of cases, however, special skills (other than die skills) are assigned to a button rather than to its dice, so that its player can always use them.

Some common die skills and their meanings are:

Dice can have more than one skill assigned to them, but some skills contradict one another. For example, a Focus Stinger die could never be used for its Focus skill, since its owner could never gain initiative by reducing the value showing on a die that does not count towards initiative.

Belote is a card game that is practiced by four players with a set of... 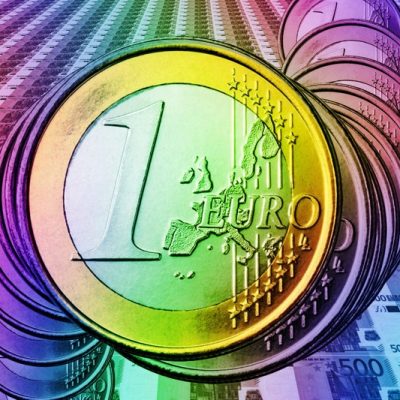 During coin flipping the coin is “flipped into the air”, i.e., caused to both rise...

Button Men is a dice game for two players, invented by James Ernest of Cheapass...