Arguments of the indigence of Creation

The argument for the neediness of Creation arises from the following question: How could God, being perfect, have created an imperfect world?

It takes the form of the following contraposition:

Argument for the existence of evil

This argument is summed up as follows: How can there be an omnipotent and good Creator of the world knowing that evil exists in this world? From the existence of evil on Earth it seems that we can conclude that it was not created by a good and omniscient being. Two divine attributes appear in contradiction.

In its full formulation, given by Lactantius, the problem is: “God either wants to eliminate evil and cannot (vult tollere mala neque potest), or can and does not want to (aut potest et non vult), or neither wants nor can (neque vult neque potest), or wants and can (potest et vult). If he wants to and cannot, he is impotent (inbecillus), which does not befit God (quod in deum non cadit). If he can and does not want to, he is wicked (invidus), which is just as foreign to God (aeque alienum a deo). If he cannot and does not want to, he is both helpless and wicked (inbecillus and invidus), so he is not God. If he wills and can, which befits God, then where does the evil come from or why does he not remove it?”

To solve this question theologians have developed many solutions that are called theodicies. We can take up here a typology of theodicies drawn up by Paul Clavier:

Another form of contradiction can be noted. If God is almighty, he must be able to destroy himself, and then it is possible that he is no longer and it is no longer necessary for him to be eternal. This argument is quite weak, insofar as this definition of omnipotence, which is an intrinsic formal contradiction, is not that of any religion. And that God does not commit an absurd or illogical act and that it would take a reason for God to destroy himself and that the usual reasons for suicide (lack, suffering, shame…) are unknown to God.

Argument for the existence of disbelief

If God exists why does he tolerate disbelief? Why does he leave some humans unaware of his existence when he could show himself to them for all to believe in him?

Argument for the invention of the idea of ​​God

This thesis, presented in The Essence of Christianity by Ludwig Feuerbach, proposes as a starting postulate that God is a creation of the human spirit. It therefore invalidates a priori the question of the demonstration of the existence or non-existence of this one, and only proposes to explain and criticize the need of human communities to believe in the existence of a transcendent being. According to Feuerbach, the singularity of human qualities manifestly exceptional compared to the rest of the known world – consciousness, intelligence, creativity, freedom – spontaneously leads human groups to attribute these to a higher power which would be at their origin: “The infinite or divine being is the spiritual being of man, projected by man outside of himself and contemplated as an independent being. God is spirit, that truly means: spirit is God. Such is the subject, such is the object.” He calls this transfer alienation, in the sense that men attribute to an external and transcendent being qualities that are specific to them. This thesis had an important influence on the thought of Karl Marx, who notably extends in the posthumous text Theses on Feuerbach the concept of alienation specific to Christianity to all social relations of production, through work and commodities, by extending and going beyond the materialism of Feuerbach by what will become historical materialism.

According to some philosophers, religions were created by minority movements and then imposed by the dominant political powers for the purpose of federating peoples. Faith in the existence of God is linked to trust in the political powers that have instituted the corresponding religions. The philosopher Gilbert Boss said on this subject: “An old opinion presents religions as instruments of political power. On the one hand, power uses existing religions, but on the other, it modifies them according to its needs or invents them. Thus among the Romans, Numa, the successor of Romulus, passed for the founder of their religion, and the awakened spirits thought that he had invented it as an instrument to govern the people. Moses and others have been attributed a similar role. This means that religious invention has always appeared far from appearing as an aberration among lucid minds.”

According to Ludwig Feuerbach’s thesis, “Man created God in his own image”, God is presented by Feuerbach as a projection of man’s desires. For Feuerbach, the idea of ​​the divine is used as a way to transcend psychic issues related to human cognitive abilities. Such projections of an ideal reality fulfill their psychological function of beneficial illusions. Recent studies in neuroscience seem to corroborate Feueubach and would confirm that the idea of ​​God is an emanation of the human brain. In May 2008, Nicholas Epley showed using functional brain imaging that believers attribute their own opinion to God on social issues such as abortion, same-sex marriage or the death penalty. Epley’s team found that thinking about God activates the medial prefrontal cortex, an area of ​​the brain known to underlie “self-referential thinking.” This zone is activated when we talk about ourselves, express our opinion or develop our analyses, but remain silent when we talk about others. In the brains of believers, these are the same areas that activate when they think of God or of themselves. Believers therefore create God in their own image. According to anthropologist Dan Sperber, the human brain is predisposed to believe and this permeability to religious ideas comes from the way human thought works, more particularly from the way the brain constructs a representation of the natural world.

Since the end of the 1990s, a great deal of neuroscientific research has been moving in the direction of a physiological explanation for belief in God. This would have been selected during the evolution of living things. The evolutionary advantages of faith would be the cohesion of the group and the reduction of anxiety.

The work of Jacqueline Borg’s team from Karolinska University in Stockholm has shown that religiosity, that is to say the propensity to see the world as inhabited by the divine, would depend on the level of serotonin, a neurotransmitter already known to be capable of producing states similar to those produced by certain psychotropic drugs: changes in sensory perception, hallucinations, feeling of oneness with the world. Consider the sensations that mystics experience during their ecstatic states. However, serotonin is not a “molecule of faith”: if belief in God can be favored by the action of a molecule like serotonin, it can in no way be reduced to its exclusive action. Moreover, a German study from 2002 suggests that other neurotransmitters, in particular opioids (known to play an important role in the sensation of pain) could be involved in religious cognition.

In fact, the structure of the brain also programs us to believe: this was demonstrated in a 2001 experiment conducted with eight Tibetan monks immersed in a state of meditation resulting in a feeling of symbiosis. It was noticed that the deeper the meditation seemed, the more the activity of the superior parietal cortex was slowed down. However, it turns out that one of the functions of this cerebral zone makes it possible to distinguish one’s body from the environment and to orient oneself in space. Hence the emergence, in the monks studied, of alterations in perception as well as the sensation of merging with the Universe.

This would not be the only area of ​​the brain affected. Research by American neurobiologist Michael Persinger suggests “that electromagnetic stimulation of the temporal lobes, those areas located at the temples, would trigger the sensation of having a divine presence at one’s side”. These areas could therefore be involved in the ability to feel a divine presence. 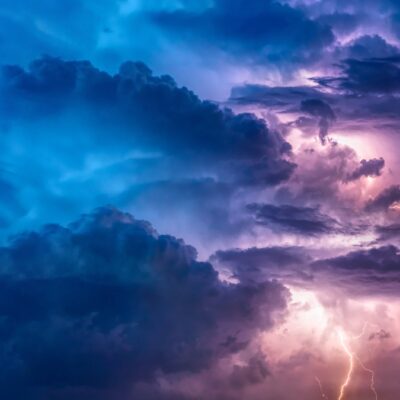 Spinoza It is in proposition 11 of the first part of the Ethics that Spinoza...

Metaphysical and logical arguments The existence of God is unverifiable and therefore meaningless According to...