The first account of gambling in China could be found in the feudal states in the late Chou Dynasty (800–256 B.C.), although some researchers have pushed the origin even further back to the Shang (1700–1027 B.C.) and the Xia (2000–1500 B.C.) Dynasties. Throughout these times, there was a variety of sports gambling, such as Chinese football, cock fighting, duck fighting, goose fighting, horse racing, and dog racing.

Throughout Chinese history, only the Sung (960–1279), Yuan (1279–1368), and Ming (1368–1644) Dynasties were serious about outlawing gambling. However, legal actions against gambling only occurred in the beginning eras of those dynasties. After a while, not only were the laws no longer enforced, but some rulers themselves also practiced gambling. Zhu Yuan-zhang (1328–1398), the first Emperor of Ming, planned to launch bold construction projects and thus outlawed gambling in order to redirect manpower from this time-consuming hobby to more productive activities. However, Zhu failed to set a good example as he frequently gambled with his subordinates.

After the Qing (1644–1911) army forced the Ming government to retreat to South China, Ming’s Chinese began to be fond of another form of gambling, cricket fighting, despite the Qing army posing a serious threat to the remaining Ming’s region. Thus, some historians attributed the fall of Ming to paper mahjong and the fall of South Ming to cricket fighting.

Chinese rulers and governments were using gambling as a means of financial support. In China, after the Opium War in 1840, Qing Emperors lost almost every single war to the Western powers. Becfrome Western nations demanded a huge sum of reparations, the Qing government legalized gambling and sold casino licenses in order to collect sufficient funds for paying reparations. Some local officials disapproved of this short-sighted practice and proposed banning gambling again, but this did not progress as the central government then asked the local governments to find alternative ways to collect the same amount of money if gambling were prohibited. Besides paying reparations, supporting the defense budget was another justification for legalizing gambling. In 1884, China sent troops to Vietnam to fight against the French. In order to increase the military expenditure for this venture, the Qing general used legalized gambling as a means of making quick money. During the late Qing period, gambling was more widespread in Canton (Guangzhou), a subprovincial city and the capital of Guangdong Province, which was arguably the number one region in gambling across the entire nation; thus Canton was nicknamed “the nation of gambling”. Furthermore, from the middle of the 1800s to the early 1900s, with the arrival of the Westerners (since 1842) and the establishment of Special Economic Zones, sovereignty from Chinese law was decreed and these zones were divided into various parcels governed by different countries. Shanghai became a magnet that attracted many Chinese gamblers who engaged in a variety of local and foreign games, including roulette, in its large gambling complexes. Western-style casino games were also brought to Macau in the 20th century. Later, gambling spread to Hong Kong. The gambling custom scattered to every Chinese community around the globe as Chinese emigrated to overseas countries.

Articles 49 and 56 Treaties of the European Union (TFEU) require the abolition of all... 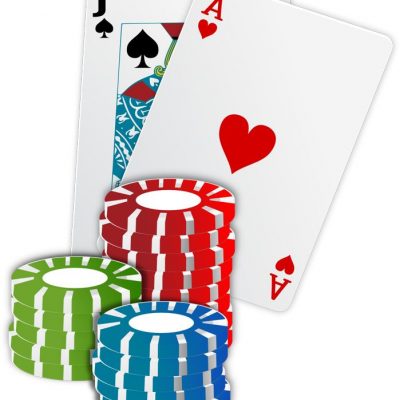 Broadly speaking there are currently two models of national regulatory framework applied in the field...