Jerusalem (or Salem, יְרוּשָׁלַיִם Yerushaláyim in Hebrew [Israeli official name] Arabic: al-Quds or القدس اورشليم Urshalim [Israeli official name in Arabic]) is a city in the Middle East, which holds a prominent place in Jewish, Christian and Muslim, and the Israeli and Palestinian national feeling. The State of Israel proclaimed Jerusalem as its “eternal capital” in 1949, a designation that is not recognized by any member of the international community. The Palestinian Authority wants to make it about East Jerusalem (considered by the UN as an occupied territory) the capital of a future Palestinian state.

The city extends early 2005, over 200 km2 with a population of 760,800 inhabitants. The city, capital of the district of Jerusalem, is very heterogeneous mingle with many religions, peoples, socio-economic groups. The party named “Old Town”, surrounded by ramparts, consists of two parts mainly Arab neighborhood called Christian and Muslim neighborhood and a neighborhood predominantly Armenian and Jewish-dominated neighborhood.

David’s Citadel and the Ottoman walls

Jerusalem, covering 126 km2, is located between the Mediterranean Sea and the Dead Sea, on the end of a plateau of the Judean Hills (including Mount Zion) to 745 m on average, with large variations between mountains and valleys (700 to 800 m). Mount Scopus rises to 826 m and the Kidron Valley falls below 600 m. The highest point is Mount Herzl with 834 m.

The city is surrounded on all sides by several valleys, including those in the north are less pronounced than those in other directions. The two principal are northwest of the present city.

The Western Wall, known as the Kotel

The city of Jerusalem is considered “thrice holy” because it contains the most sacred places of the Jewish and Christian religions, and the third holiest site in Islam:

Jerusalem is a privileged site:

For Jews, since more than 2500 years since Jerusalem is considered both as an important place of wanderings biblical Hebrew patriarchs, the capital of King David and later Hasmonean Jewish Kingdom. After the two destructions of the Temple of Jerusalem and dispersion of the Jewish people who followed Judaism has always evoked a return to Jerusalem, the ancient capital of the Kingdom of Israel David. The first Babylonian exile had already led the first return of the Jews to the Promised Land to rebuild the Temple. Jewish identity remained bound to Jerusalem, the “daughter of Zion” through biblical and historical legacy that has continued to be transmitted and taught from generation to generation since the second exile called “Rome” of the Jewish people. This is the city where religious worship was made at the time of the two Temples which remains the Wailing Wall, a remnant of the Temple and place of prayer. It is a place of religious pilgrimage in the three pilgrimage festivals: so, every year during the festival of Pesach (Passover), the words “Next year in Jerusalem” come close ceremonies. Traditional daily prayer (always addressed by turning to the city) blessed the building of Jerusalem and calls for the return of the exiles.

For Christians since the first century and the stories of the life of Jesus of Nazareth as described in the Gospels, since his ascent to the Temple of Jerusalem to his crucifixion and resurrection, according to Christian dogma, consecutively, there and there is also venerated memories of Mary of Nazareth, saints and Jacques Étienne who were martyred, etc.. St. Helena, mother of Constantine, the Byzantine emperors and there erected magnificent temples of the holy places. This link between Christians and Jerusalem was also maintained by successive Crusades to the Holy Land in the Middle Ages. Jerusalem was the capital of the Latin Kingdom of Jerusalem from 1099 to 1187. It is a historical patriarchates (with Rome, Antioch, Alexandria, Constantinople).

For Muslims since the seventh century, inspired by all the reasons mentioned above and also because the tradition of Jerusalem is the place where the Prophet of Islam Muhammad would have made his night journey, according to Sura XVII Quran. More early Muslims prayed towards Jerusalem, the direction of Mecca was established by Muhammad later. If the Quran does not explicitly mention the name of the city, but describes how Muhammad, having arrived at the farthest Mosque, ascends to Heaven (Mi `raj al: ascension) accompanied by the angel Gabriel, the name of Jerusalem as a place of nocturnal journey is quite explicit in against the account of Ibn Ishaq transmitted by Muhammad. Islam has declared Jerusalem as its third holiest city for religious and political reasons: this is where Muslims gather on the Day of Judgment. It was a place of pilgrimage, especially when major architectural projects were carried out by the Umayyads and later by the Mamluks. Jerusalem mosque called Al-Aqsa, which means “the farthest.” From 638 to 1917, Jerusalem was dominated by several Islamic dynasties although none take the capital.

Historically, Jerusalem’s economy was mainly focused on religious pilgrimages and now more generally on tourism, and public enterprises of the State of Israel.

Since the creation of the State of Israel, the government has remained a major player in the economy of the city. It not only generates a large number of jobs, but work to provide conditions conducive to entrepreneurship.

Among the main industries of Jerusalem, factories include footwear, textiles, pharmaceuticals, metal products, and printed articles. The plants are mainly located in the industrial zone of Atarot north along the road to Ramallah.

In Jerusalem can be found many religious and historical monuments, such as the Western Wall – also known as the Wailing Wall – the Al-Aqsa Mosque and the Dome of the Rock, the Church of the Holy Sepulchre. The Old Town is completely surrounded by walls dating from the sixteenth century.

It is also the seat of several institutions Israeli government, as the Knesset (the National Assembly), the Supreme Court, and institutions such as the Hebrew University, Yad Vashem (the Holocaust Memorial), the Yad Ben -Zvi or French Biblical and Archaeological School.

Many archaeological sites exist in Jerusalem, including the Stables of Solomon, the City of David.

The two most popular sports are football and basketball. Betar Jerusalem in Israel Championship football is the most popular in Israel, having been five times winner of the Israel cup football. Jerusalem has another football team, FC Hapoel Katamon, winner once Israel Cup football, which is the third division, liga Artzit.

In basketball, Hapoel Jerusalem plays in the top division the. The club won the championship of Israel basketball three times, and the ULEB Cup in 2004. Opened in 1992, Teddy Kollek Stadium is the largest football stadium in Jerusalem with a capacity of 21,000 seats.

The nearest airport is that of Atarot, north of Jerusalem (31 ° 51 ’53 “N 35 ° 13′ 09” E), which was used for domestic flights until October 2000 Israeli especially for flights to Eilat and is now under the control of the IDF due to its proximity to the Palestinian Autonomous Territories. Since then, the flights were transferred to Ben Gurion airport, near Tel Aviv about forty kilometers north-west.

The Egged bus cooperative, the second largest bus company in the world, serving most places around Jerusalem and manages bus services to the rest of the country from the Central Bus Station on Jaffa Road near the western entrance to Jerusalem.

Jerusalem is connected by rail to Tel Aviv since 1892. His service was discontinued in 1998 due to the poor state of infrastructure which were renovated. It was reopened in its entirety in April 2005, with the inauguration of the new Jerusalem Malha Station, located in the south of the city.

A second high-speed link from Tel Aviv, is under construction north of the first line. This will be electrified and use several long tunnels to allow the passage of high-speed trains from the coast to the mountainous region of Jerusalem. At first, it will reach a new underground station beneath Binyanei Hauma the central bus station. In a second time, it could be extended so as to be connected to the historical line. The journey from Tel Aviv to Jerusalem then take 28 minutes. The line should be completed around 2011.

The tender took place in 2000. The tram is under construction and should be delivered in September 2010, however, a further period of 9 months was requested. It should be able to carry daily nearly two hundred thousand people are estimated. It is planned 23 stations. Alstom is responsible for the construction of tram trains, while Veolia Environnement is in charge of planning, however, the group could leave the project.

Materials translated and adapted by Nicolae Sfetcu from the Wikipedia under the GNU Free Documentation License. 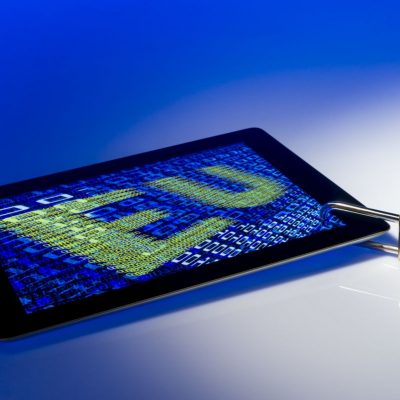 The rules will reflect new ways in which Europeans enjoy culture and entertainment services online...