Keno is a bingo-like gambling game. Its history can be traced to a Chinese game called “The Game of the White Dove (白鴿票)” invented during the Han Dynasty (187 BC). The name “keno” descends from a form of bingo or Lotto popular in the USA in the 19th century. There are many references to “Keno” played in a bingo like format in the eastern states prior to the influx of Chinese during the gold rush. The name appears to have been transferred to the similar format Chinese lottery in the late 1800s.

The following account of the history of the game is an excerpt from Stewart Culin’s paper published in 1891. [1]

This game is an old establishment, and was first introduced by Chéung léung of the great Han Dynasty. When the city was hard pressed, and provisions were beginning to fail, they (the besieged) were anxious to increase the contributions, and to exhort the people to subscribe more for the army, but were unable to do so. Hence they established a game of chance (to guess characters), by which they hoped to tempt the people to hazard their property. In order to fix a method of losing or gaining at hazard, they chose 120 characters for the whole game and eight characters for one subdivision. If the people lost one (whole) subdivision they lost three lí of property; if they gained one division they were rewarded with ten taels. These regulations being once established, who would not sacrifice a little in order to gain much? The two games in the morning and evening were attended by men and women who tried their luck by guessing. They had only opened the game for about ten days, when they had accumulated more than 1000 pieces of silver; and after a few more decades their wealth was boundless. The money thus gained was considered a contribution to the army for the reduction of the empire….

At present the people practice the game as a profession. They borrow the characters from the Thousand Character Classic, of which eighty are chosen and arranged after a new plan, ten characters forming one division, which the people are permitted to purchase for more or less (for whatever they please.)

When this game was first established, the houses were often at a great distance, and communication being difficult and the people anxious soon to know the result respecting their gaining or losing, they employed letter doves to carry the news to the parties, whence the present designation: ‘The Game of the White Dove.’

Bingo is a game of chance where randomly-selected numbers are drawn and players match those...

Housie is a gambling game played in New Zealand, Australia and the UK, where it...

Buzzword bingo is a game sometimes played in relaxed team meetings. The rules resemble those... 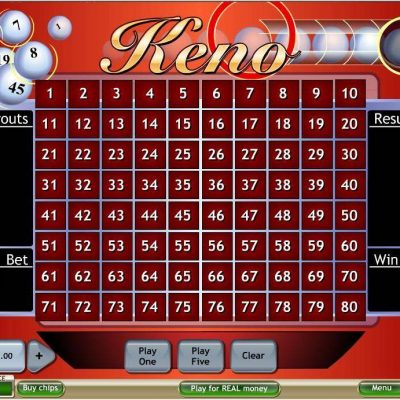 Bingo is a gambling card game named by analogy to the game bingo. Each player...

A typical housie/bingo ticket is shown to the right. It contains fifteen numbers, arranged in...

888ladies bingo is the best ball in town! Brought to you by trusted online gaming...