Without a clear distinction, it can be argued that theories of art treat this subject in a more general way than aesthetics. For example, a sociological theory of art has been proposed by Pierre Bourdieu, a semiotic theory by Nelson Goodman, etc. One author may present both approaches such Hegel considers aesthetics in a special course while his philosophy says that art is a form of waste.

The unfinished project of Theodor W. Adorno was published under the title Aesthetic Theory. As a point of distinction is useful to note that aesthetics can be normative, that a theory can not be. The enigma of art, which is his own, has become also this way its own object of study in contemporary times:

“All works of art, and art in general, are puzzles. The fact that the works say something and at the same time hide it, instead the enigmatic character in the aspect of language. (…) The typical example of this is that, above all other arts, of the music, which is both mystery and very obvious. There is not to solve, it is only to decipher its structure. But the enigmatic character is not the last word of the works; on the contrary, any authentic work also offers its insoluble enigma solution.”

The only point on which the theories of art is agreed that it is a human fact and a social practice. Two major alternatives are possible depending on whether the practice gives a subordinate or independent role. Consider subordination is a reductionist approach; it generally offers a view of art as communication – representation or expression. In the autonomy, which is compared to that of games, art offers itself as “autotelic activity”, that is to say, no other goal than himself, that sums up the famous phrase of “art for art. “Artists and those that revolve around art have good reason to defend conceptions of this type and their theoretical strategies often use one of the two opposing options: refer to a specific ontology – the art would be linked to the specific aspect of being – or, paradoxically, be nominalist insisting that there are works of art, but not “art”. The reductionism, mainly from other environments, it is generally held by exaggeration we get to these views-limits.

For Guy Debord, capitalist consumer society has become a in the twentieth century an advertising society, image and representation he calls the society of the show. The artist has a special role; it can either contribute to the endless proliferation of new and alienating images, actively perpetuating the model, or be situated in overhang with a critical attitude.

A form of interaction and exchange

Today, art establishes a relationship that can encompass in a single interaction in the same exchange, a work, its creator and receiver, the recipient of this work (viewer, listener, etc.). The different forms that can take this mediation materialize some relationships between man and nature, that is to say, between the human mind and its environment. A thought both conscious and unconscious, individual and collective, a free and imaginative mind communicates with the outside world. Hegel, in his lectures on aesthetics, attempted to define the transcendence of this relationship by assuming a priori that: “The artistic beauty is more than the beautiful in nature [as] emerges illusory and deceptive forms this imperfect and unstable world the truth contained in appearances to give it a higher reality created by the mind itself.”

Seek the truth behind the appearance. Could there be more exciting end? The art becomes an extension of the action. This philosophy of action, developed especially by Hannah Arendt, emerges when the artistic gesture becomes the experience of a particular relationship. As the art he seeks not to imitate or reproduce, translate, but a meta-sensible reality. It can then break the spiritual in the field of common experience.

At least in art, the shape is not a principle outside the content, and who would be printed from the outside, but the law of development, became transparent. It is not thought by the spectator, which would mean that it is about the concept, and therefore outside the actual perception, it is not given to see.

Paul Valéry could write that “the beautiful architecture keeps the plant. The law of growth must be felt. Similarly to the law overtures management. – A window should not be a hole like a crankshaft in a board, but being as the result of the domestic laws, such as the lining and modeled natural orifices.”

Before being transcribed in scoring, the melody exists as the deployment of sound, operation of some unsuspected possibilities of this material. The color does not fill the impressionist space, but is the vibration. Poetry is not to impose a pre-established language meaning or producing rhymes. Instead, lets say the words themselves, as if it was not the person’s speech. This is to reveal a movement inherent to a sensitive dimension of the world. Art gives to see how sensitive is generated: the gaze of the painter request the light, shadows, the color “How they do it for there is suddenly something, and that thing? “(The eye and mind, Maurice Merleau-Ponty). 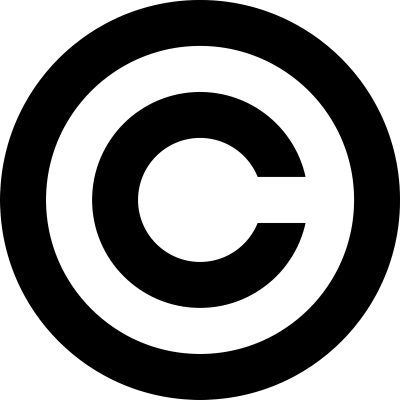