Traditional African art, also known as the Negro art, is subdivided into a multitude of local arts. Since international museums have long neglected African art, most of the masterpieces are in the hands of private collectors and merchants, some of whom have earned real fortunes since the 1980s. After the various independences, many Europeans returned to Europe with important collections and, little by little, the latter arrived in flea markets and in auctions.

The conservation of African works of art in museums was formerly unknown on this continent, the works having religious or political vocations. Paradoxically, the fact that many of these works have been preserved on other continents, notably in Europe, has allowed them to be preserved.

The plastic diversity of traditional African art shows a prodigious imagination and magical intensity, revealing the omnipresence of the sacred – which fascinated many Western artists and collectors in the 20th century, and complex rituals: ceremonies where is performed the definition of the pure and the impure, the perpetuation of the lineage, the legitimation of alliances, the strength and cohesion of the clan.

The true passion for African art must resides in certain cases in the respect of the object in its entirety, which means, for example, accepting the existence – without being impressed – of a layer of dried blood (sacrificial crust ) collected during ritual sacrifices. According to the most passionate collectors, the traces left by their use give to these objects a magical or aesthetic power that others do not possess.

Among the usual African objects one can also find artisanal objects such as pulleys, locks of granary, scales, pyrogravated calabashes and weapons, personal objects (maternity doll, fetish), but also objects like decorative statues sculpted for the villas of whites in the years 1950 and 1960, or as naive signs of the shops. These objects are “false” for the purists and the “ethnos” who despise them, but these pieces, now patinated by time, reveal things, often very beautiful and very touching, of a really popular art, witness of a time now past. For example, statues called “colonists” represent the “colon“, the white man seen by the black man, and are often statues full of humor and funny (colonial helmet, gun in the belt, hands in pockets ).

However, today’s fakes are wreaking havoc, because in many African villages craftsmen have become masters in the art of skating the new objects, especially since according to experts it becomes impossible to find a work today on the continent. Everything is already in Europe, among collectors (like the Brussels-based Willy Mestach), in the families of former colonists or in America in museums. Finding a ritual object having become extremely rare, there are many thefts concerning these objects, linked to the discovery of this primitive art. On the other hand, many art hunters are foaming the most remote bush villages to incite the villagers to sell their usual objects such as statuettes, masks or dolls. During the fashion of the Dogons attic ladders, in the late 1980s, African antique dealers swept all the scales of the villages and saturated the Parisian market, they did the same for the Bambaras locks. In the 1990s, traffickers flew hundreds of waka, carved wood funerals, placed on the graves of Konso clans chiefs.

African governments, for their part, do not show much interest in the African art market and even dismiss it, whereas a resolution adopted by UNESCO has banned, since the early 1990s, to bring out masks and statues from the African continent. But in reality neither UNESCO nor African governments have the means to stem the haemorrhage and protect this heritage. Moreover, certain criticisms have been raised against such a measure with the argument that “Nothing prevents Europeans, Americans or Japanese from selling their works abroad or buying them. Why should Africans be forbidden?”.

Africa, however, remains a natural artistic source of great importance, as from one end to the other of this vast continent there are thousands of thousands of tombs still containing tens of thousands of objects to discover. Some African museums, where the states of which have neither the means nor the will to undertake excavations, try to organize themselves and offer merchants mixed or joint excavations with the aim of preserving the most exceptional pieces and at least to be able to be interested in the sales of the objects collected, in order to have the means to implement a real acquisition policy.

Today, African art is an inexhaustible mine of inspiration for creators who reinterpret it, but “outside its environment, removed from its context, not only geographically but also social, the object loses its cultural identity. (…) From the panoply of the “colonial” to the wall of the “collector” associated with contemporary art, one tends to forget the relation of the African object with its environment of origin, ignoring the obvious ethnological involvement.“ 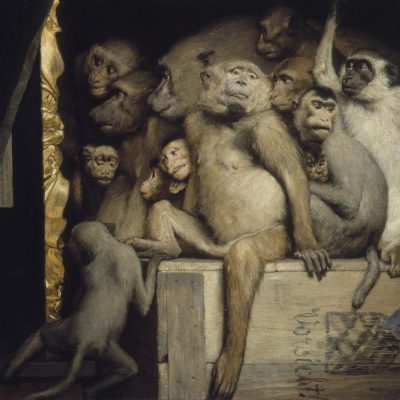