Only the rank counts, and in poker the card order by growing strengths is: Two, Three, Four, Five, Six, Seven, Eight, Nine, Ten, Jack, Queen, King, Ace The Ace may also be used as card value of 1, if the agreement is accepted by the players, thereby forming straights of type Ace, 2, 3, 4, 5.

Here it is the list in order of decreasing strength of 5-card poker, which stems directly from the poker odds for the poker with 52 cards.

It is a one suit sequence to Ace, it consists of five cards of consecutive rank and whose color is identical and contains the Ace.

The straight flush consists of five cards of consecutive rank and whose color is identical.

To describe it, it is told the color and rank of the highest card. Example: a straight flush to eight of diamond.

Four of a kind

Four of a kind, or poker, consists of four cards of one rank accompanied by any card.

To describe it, it gives the rank (eg, four of a kind of kings).

(Full house, of kings with threes)

The full or full house is made of three opf a kind and a pair.

To describe it, we first give the rank of the three of a kind and the pair (eg, full kings with threes).

(Flush to king of diamonds)

The flush is formed of five cards of the same suit (which does not form a sequence, otherwise it is a straight flush).

To describe it, it gives the color and rank of the highest card (eg, a flush of king of diamonds).

The straight consists of five cards of consecutive rank (and at least two different colors, otherwise it is a straight flush).

To describe it, we give the rank of the highest card (eg, straight to eight).

There is no connection to the Ace to Two, the hand “Queen, King, Ace, Two, Three” is not a valid straight. In other words, a straight containing an Ace must end with the Ace or begin with the Ace (if this agreement is accepted at the table).

(Three of a kind)

Three of a kind consists of three cards of one rank and two different cards to each other (if not, there is a full).

To describe it, given the rank of the group of three cards (eg, three of a kind of kings).

(Two pairs of kings with eights)

To describe, it is given the rank of the pair of higher rank card and that of lowest rank card (ie two pairs of kings with eights).

(One pair of eights)

To describe it, we give the rank of the pair (eg, a pair of eights).

A high card hand is a combination of five cards that form none of the above mentioned combinations.

To describe it, we give the rank of the highest ranking card (such as a king).

The descriptions below assume a familiarity with the general game play of poker, and with...

All poker variants meet a number of general principles. Poker is a game of combinations...

Caribbean Stud Poker differs slightly in the United Kingdom, and most parts of Europe, from...

In the game of poker, the lowball mode (low poker) denotes a style of play... 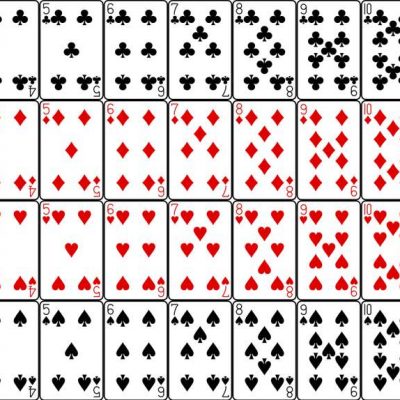 The poker playing cards used during the games are that of a deck of 52...