The reality of risk and the phenomenon is now almost consensus. The author of the Stern report, Nicholas Stern, in 2006, himself admitted to having underestimated the scale of the problem: “The growth of CO2 emissions is much stronger than expected, the absorptive capacity of the Planet is reducing and the speed of climate change is faster than envisioned.”

Faced with the problem, three approaches complement each other: fight against greenhouse gas emissions, carbon sinks, and adaptation.

The international effort first focused on reducing CO2 (long-lived gas), while urgent action on short-lived pollutants (including methane, tropospheric ozone and black carbon) could be more effective in reducing the warming of the Arctic. The reduction of CO2 is also important, but its effects will be felt in the longer term (after 2100).

Foresight informs governments, companies and individuals who, through knowledge of general trends, can make more relevant political and strategic decisions to mitigate the impacts of climate change. IPCC reports are the main information base and discussions, including in the framework of the Kyoto Protocol and its aftermath (Bali, December 2007, …). The forecast increase of 1.5 to 7 °C for the next century may be less if severe environmental measures are taken or a real fossil fuel competitor emerges. Despite successes in the renewable energy sector, nuclear energy and, above all, a change in lifestyle and consumption, research has not yet offered a short-term alternative to fossil fuels. Wind energy, hydroelectric power, geothermal energy, solar energy, anaerobic digestion, tidal energy, fuel cells, nuclear energy, geological storage of carbon dioxide are nevertheless rapidly developing. The energy savings field – negawatts – is still considerable. For scientists interested in the field, it is not possible to meet the objectives of reducing CO2 emissions without going through a development of nuclear energy.

Global warming could lead to more unstable weather (heat or cold waves, floods or drought, storms and cyclones). In addition, according to the IPCC, the ability to naturally adapt to many ecosystems is likely to be exceeded, causing mass extinction of species, by the unprecedented combination of:

The United Nations Framework Convention on Climate Change was signed in 1992 at the Earth Summit in Rio de Janeiro. It entered into force on March 21, 1994. The signatories of this convention set themselves the goal of stabilizing the concentration of greenhouse gases in the atmosphere at “a level that prevents dangerous anthropogenic interference with the climate”. Developed countries aimed to reduce their greenhouse gas emissions in 2010 to the 1990 level, since this goal is not legally binding.

In 1997, the signatories of the Framework Convention adopted the Kyoto Protocol, the novelty of which was to establish binding reduction commitments for the so-called Annex B countries (industrialized and transition countries) and to put in place mechanisms called “Flexibility” (permit market, joint implementation and clean development mechanism) to fulfill this commitment. The Kyoto Protocol entered into force on February 16, 2005 following ratification by Russia.

Developing countries, including major contributors to emissions such as India, the world’s 5th largest emitter, and China, the first emitter, have no reduction targets because they refused it on the grounds that:

These arguments, very valid in the late 1990s, are much less 15 years later, especially for China whose emissions per capita exceeded those of France.

In 2005, the European Union launched the EU Emission Trading Scheme (the world’s first “binding permit” market). In October 2006, the European Economic and Social Committee (EESC) activates its Sustainable Development Observatory (SDO). The European Commission publishes on 29 June 2007 a “Green Paper” on the adaptation to climate change of the European Union. It advocates both adaptation and mitigation, improving knowledge (including on the needs and costs of adaptation – see 7th EU Research Framework Program (2007-2013)), development of strategies and exchanges of good practice between countries, new insurance products (“climate derivatives”, “catastrophe bonds”, the adaptation of the European insurance markets (see “Solvency II” Directive) and “natural disasters” funds as well as agriculture and fisheries policies, with the development of internal solidarity with the EU and with the affected external countries.The Commission allocates € 50 million for 2007-2010 to foster dialogue and support for targeted mitigation and adaptation measures in poor countries.

The European Emissions Trading System Directive was to be amended in 2008 to include aviation emissions. This was rejected by the Council but was still decided to be included by 2012.

The proposal on emission limits for cars (130 g of CO2 per km) was validated by the European Parliament in the second half of 2008. New measures was be taken to reduce this emission rate to 120 g of CO2 per km .

In 2006, the EU had 66% of the world installed power in onshore and offshore wind, ahead of the United States (16%), India (8%) and Japan (2%) and a third of global nuclear fleet. This makes it less dependent on fossil fuels than China and the United States.

The EU also encourages all actors to prepare for their adaptation to climate change.

Regions and communities in Europe and the United States could cooperate for the climate, signing, on May 5, 2010, a “Memorandum of Understanding and Cooperation” to combat climate change.

Joint commitments of the United States and China in 2014

For the first time, the US and China announced on November 12, 2014, on the sidelines of the Asia-Pacific Forum (APEC), set targets for their greenhouse gas emissions. In the run-up to the Paris meeting, which allowed the international community to find common ground in 2015 to limit global warming to a rise of 2 degrees Celsius, Beijing has committed to reaching its peak of greenhouse gas emissions “around 2030”, adding that it “would try” to get there sooner. This was the first time that the world’s second largest economy, the world’s largest emitter of greenhouse gases, has set a target for its peak emissions. The United States pledges to reduce its emissions by 26% to 28% by 2025 compared to the 2005 level. Indeed, no global climate agreement can be achieved without these two countries, whose emissions account for 45% of the global total.

The Paris Climate Agreement, approved by all 195 delegations on 12 December 2015 and entered into force on 4 November 2016, was the first universal agreement on climate. The approach adopted for this agreement was strongly imprinted with Anglo-Saxon pragmatism, that is, it was a declaration of intent, without any coercive measure: no fine or measure retaliation; the Kyoto protocol provided for that but it never gave anything. To be effective, the agreement adopted took another part, that of transparency. More than a duty, an obligation that every country will have to comply with by regularly submitting its greenhouse gas emission reduction targets to information and analysis grids that are commonly shared and understandable by all. The agreement plans to contain by 2100 global warming “well below 2 °C compared to pre-industrial levels” and if possible to aim to “continue efforts to limit the rise in temperatures to 1.5 °C”.

2016 Global Agreement for the elimination of hydrofluorocarbons

The global agreement for the elimination of hydrofluorocarbons (HFCs), signed in Kigali on October 15, 2016 by the 197 countries that are party to the Montreal Protocol of 1987 on the protection of the ozone layer, sets a timetable for the phasing out the uses of this gas, which has a warming potential 14,000 times higher than that of CO2, so that 9 to 19% of GHG emissions (in CO2 equivalent) could be attributed to it by 2050; phasing them out would prevent up to 0.1 degrees of global warming by that date and 0.5 degrees by 2100. This agreement is more engaging than the Paris climate agreement, since it provides for sanctions in case of non-compliance with commitments. Developed countries would have to reduce their consumption by 10% by 2019 compared to 2011-2013 levels, then reach 85% by 2036; developing countries, including China, the world’s largest producer of HFCs, and African countries, will begin their transition a little later in 2024 and reduce their consumption by 80% by 2045. Finally, a third A group of countries including India, Pakistan, Iran, Iraq and the Gulf countries will begin to run in 2028 to reach 85% decline in 2047.

Beyond the direct physical and climatic consequences of global warming, it will affect ecosystems, especially...

(The Earth Simulator supercomputer helped study the origin of global warming. ) According to the...

In the fifth IPCC report, a climate projection is defined as the climate response to...

(For 400,000 years, the Earth has experienced four cycles of glaciation. ) Climatic cycles The... 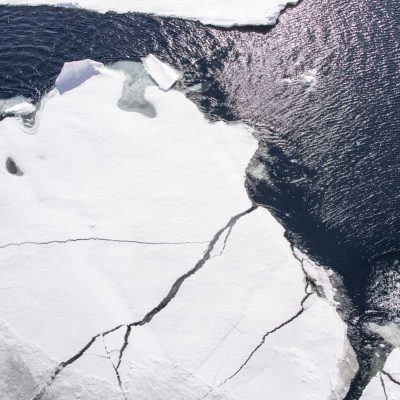 Decline of ocean biomass The phytoplankton mass has declined by 1% per year for forty...